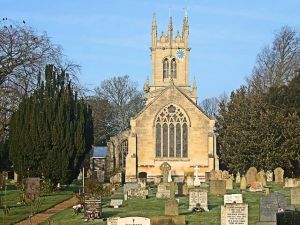 A small village between Lincoln and Grantham, Fulbeck was mentioned in the Domesday Book of 1086, where it was called Fulebec. Fulbeck, together with the neighbouring village of Leadenham, formed part of the 'Honour of Richmond', scattered holdings generally in the hands of the Earls of Richmond. The church of St Nicholas contains monuments to the Fane family, holders of Fulbeck Manor from 1653.

The name Fulbeck combines the Old Norse term for dirty, or stinking, and the word for stream, so the original meaning is a stinking stream. It is essentially the same as the English place-name 'Fulbrook'. Thankfully its a much more appealing place today!

On the edge of the village is Fulbeck Hall, home of the Fane family since 1632. The Hall dates back to at least the Elizabethan period, though most of the Tudor features are hidden behind a neoclassical exterior facade built in the 18th century.

The Hall was used by the military in WWII and was home to the 1st Airborne Division before the Battle of Arnhem. An Arnhem museum is maintained inside the house, which is a member of the Historic Houses Association and offers tours by written appointment.

This handsome church dates to the 10th century, though it bears the mark of a heavy restoration in the Victorian period. One of the oldest features is a Norman font, decorated with wonderfully detailed blind arcade carvings. The south porch is 14th century, while the tower is mostly 15th century.

In the chancel is a restored 13th-century sedilia, while on the opposite wall is a medieval tomb niche holding a 16th-century parish chest. A pair of chancel seats have medieval misericords, and set into the north wall of the nave, behind the pulpit, is a section of a 12th-century arcade. Both north and south doorways are 14th century, while the heavy oak south door itself dates to the 14th century.

On the village green is another historic feature; a medieval village cross. Only the base and shaft of the 14th-century cross are original, while the head is from a Victorian restoration.

The village has strong ties to aviation, as does much of Lincolnshire! There was an RAF station here from 1944, with two Lancaster squadrons flying from the base.

Perhaps Fulbeck is best summed up in this quote from the Lincoln Gazette (1900-09) who wrote 'Fulbeck is without doubt one of the prettiest villages in Lincolnshire, see it how we may'. 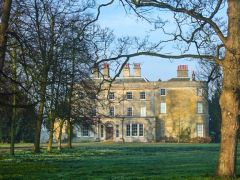 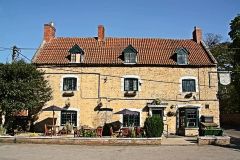 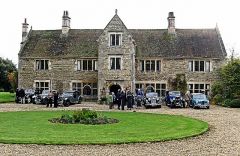 More self catering near Fulbeck >>

More bed and breakfasts near Fulbeck >>