A small village near Sleaford, Lincolnshire. There is a 12th-century church in Leasingham, plus a medieval manor and row of almshouses built from 1876 by Bishop Trollope of Nottingham.

Like many East Anglian villages, Leasingham has ancient origins. Curiously perhaps there is no mention of a church in Domesday Book of 1086 so we can assume that there was never a Saxon church here. The name Leasing may come from Leysinger, meaning a freed man. So the village name might be translated as Home of the Free Man.

During the Tudor period, Leasingham Heath gained a reputation as the haunt of highwaymen, and it was a brave traveller indeed who made his way across the barren heath.

The origins of Leasingham's medieval parish church are a bit uncertain. Records show that an independent chapel was founded at 'Roxholme in Leasingham' in the 12th century, but whether that chapel was built on the same site is not clear.

The current building consists of a 13th-century tower and nave, with a 15th-century vestry and a heavily restored chancel. The west doorway of the tower dates to around AD 1200, and there are reused fragments of 12th-century stonework showing traditional Norman chevron decoration in the vestry and nave.

The main road through the village is Captain's Hill, named for Captain Richard Wharton-Myddleton, who served at the Battle of Waterloo. He lived at the Grade II listed Leasingham Hall, built in 1836. Much older is Leasingham Manor, built around 1550 on the foundations of a medieval house.

In the 17th century, it was rumoured that the owner, Sir William York, was involved in witchcraft. In the mid-18th century, the house was remodelled in Georgian style by Sir Richard and Lady Anne Cust. 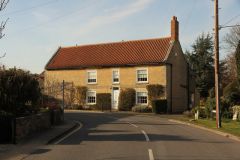 More self catering near Leasingham >>

More bed and breakfasts near Leasingham >> 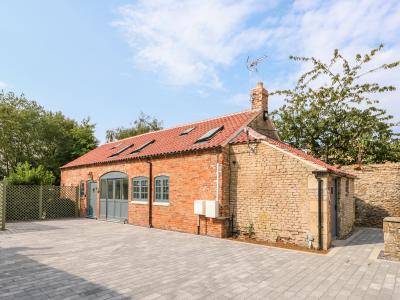 This detached cottage rests in Cranwell Village near Leasingham, Lincolnshire and can sleep six people in two bedrooms.
Sleeps 6