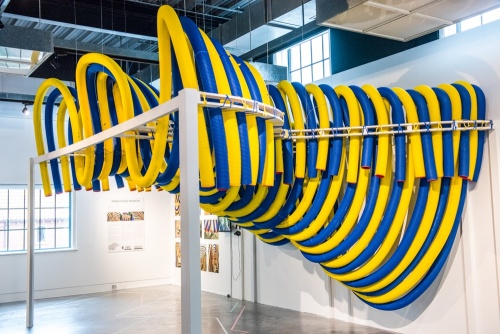 The National Centre for Craft and Design (NCCD) is an arts venue overlooking the historic Sleaford Navigation wharf in the centre of Sleaford, Lincolnshire. The Centre occupies a former seed warehouse built in 1939 for the Hubbard and Phillips Company. It is the largest venue in England dedicated to the celebration of craft and design.

The NCCD seems to have a history of being linked with historic buildings! The Centre's first home was The Pearoom in Heckington. The Pearoom was built in 1870 by the Great Northern Railway Company, who leased it to the Charles Sharpe seed company of Sleaford. The famous seed merchants used The Peahouse to sort pea seeds until 1961.

In the 1970s the building was restored and converted into a multi-purpose heritage, tourism and crafts centre. It was used as a space for exhibiting contemporary crafts and offered craft courses. 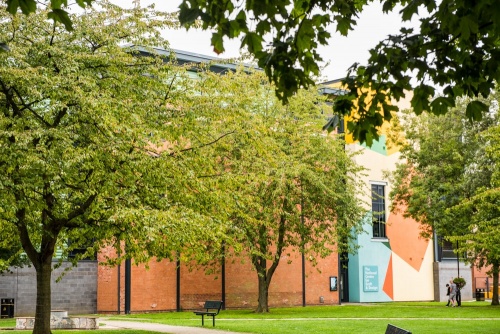 When the lease on The Pearoom ran out, the old Hubbards and Philips Seed Warehouse in Navigation Yard, Sleaford, was converted as part of a local regeneration programme called Sleaford Pride.

The Hubbards and Philips warehouse was a steel-framed four-storey building clad in brick. The company stored up to 400 tons of peas here at any given time and installed two pea cleaning machines and cyclones to extract dust. The warehouse fell out of use in 1972. As part of the conversion process, one of the four floors was removed to create a double-height main gallery, retaining the original steel beams.

A roof gallery was created to restore the 'missing' fourth floor. This top-floor gallery has a pair of viewing galleries looking over the rooftops of Sleaford and along the Sleaford Navigation. The Centre was officially opened in 2003 by Her Royal Highness, The Princess Royal. 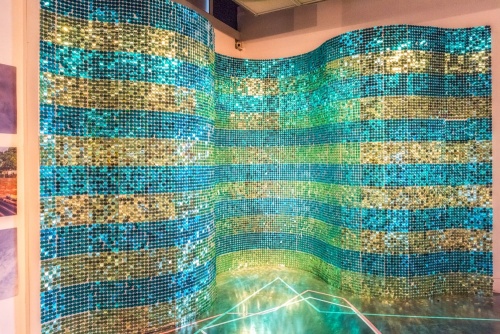 The Centre retains its link to the area's history; as you enter the building you see the words 'This used to be a seed warehouse. It still is'' in gold leaf lettering.

The NCCD houses five large gallery spaces on its upper floors, offering a regularly changing programme of exhibitions throughout the year. In most years there are up to 20 exhibitions featuring both new and established artists and artisans.

The Centre is not much more than just an exhibition space. The bottom floors of the building house workshop spaces and teaching areas offering arts and design learning to people of all ages and talent levels.

The NCCD also houses Design Nation, a professional development organisation helping British designers and craftspeople, with an emphasis on the visual and performing arts. Design Nation is the largest rural arts development venue in Britain. 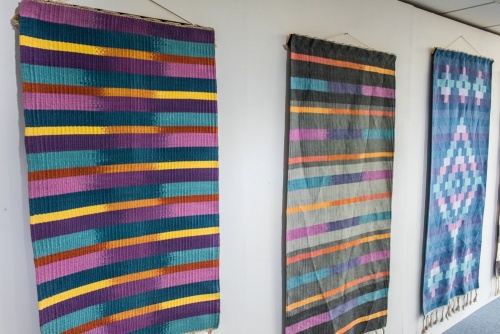 In 2018 the NCCD merged with ArtsNK, the body charged with overseeing arts education and outreach in the North Kesteven District of Lincolnshire. As a result, the Centre is able to offer arts festivals, performances, community arts projects and educational outreach programmes around the District.

The NCCD is free to enjoy and is open daily. It is extremely easy to reach on foot from central Sleaford and is very well signposted for pedestrians.

Our family visited on an overcast day in late summer. We found the exhibitions quite eye-catching and thought-provoking, with a large variety of materials and designs from traditional to abstract. In the case of one exhibit, we were invited to take our shoes off and step right inside the installation itself!

One thing worth mentioning is that you can go outside onto the viewing platforms on the top floor for outstanding views over the historic Navigation wharf area of Sleaford.

Nearest Accommodation to National Centre for Craft and Design:

More self catering near National Centre for Craft and Design

More Hotels near National Centre for Craft and Design

More bed and breakfasts near National Centre for Craft and Design