HERITAGE HIGHLIGHTS:   The Foss Dyke canal, begun in AD 120 by the Romans 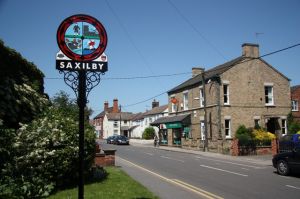 Saxilby is a large village of over 3000 inhabitants in northwestern Lincolnshire, close to the Nottinghamshire border. The village lies on the Foss Dyke, the oldest canal in England, built by the Romans about AD 120 to connect Lincoln to the River Trent. The canal was restored in 1121 under Henry I. It went out of commercial use in 1972, but a canalside walk and cycleway have since been developed.

Just outside Saxilby are the two deserted medieval villages of North and South Ingleby, the earthworks of which can easily be seen.

The parish church of St Botolph dates to at least the 11th century. During restoration work in 1929, a blocked doorway was discovered in the external wall. The doorway was initially thought to be Saxon but is more likely early Norman, built around the year 1100.

The nave arcade dates to a century later and the chancel arch is Early English, about 1300. The nave roof is 15th century and features decorative cared bosses. In the north chancel is an ornate 14th-century alabaster tomb with effigies thought to represent Sir Giles D'Aubigny, who died in 1386.

On the High Street is Saxilby Old Hall, dating to the late 15th century, built by Sir Thomas Burgh for his son. Another historic building is the Sun Inn on Bridge Street. The Sun is known for its resident ghost, the spectre of a man named Tom Otter, who is said to have murdered his wife on their wedding night in 1805.

Otter's inquest took place at the Sun Inn on the following day, and he was sentenced to be hanged and displayed on a gibbet at Saxilby Moor. To this day ghost hunters flock to the Sun Inn to investigate reports of Otter's ghost.

On the edge of Saxilby is the hamlet of Broadholme. Manor Farm in Broadholme stands on the site of a medieval nunnery, founded for Premonstratensian nuns around 1154 and dissolved by Henry VIII in 1534.

The stately home of Doddington Hall is only three miles away. 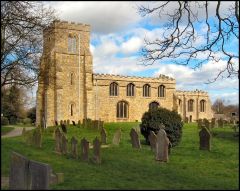 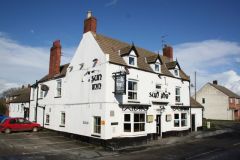 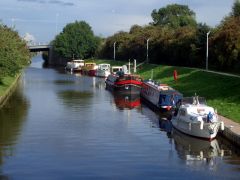 More self catering near Saxilby >>

More bed and breakfasts near Saxilby >> 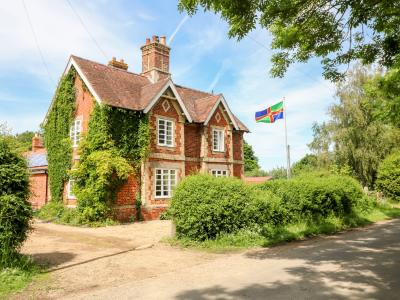 This semi-detached cottage rests in Broxenholme, near Saxilby, in Lincolnshire and can sleep six people in three bedrooms.
Sleeps 7