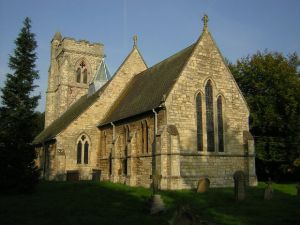 Skellingthorpe is an attractive village very close to Lincoln, with a history going back to the 9th century. Just outside the village is the site of RAF Skellingthorpe, a former RAF base.

The origins of the village are unclear, but there does not appear to have been any permanent settlement here before the Roman period. The Romans passed through what is now Skellingthorpe during the building of the Foss Dyke canal around AD 120.

One artefact from that period is a Roman bowl, and an image of that bowl now features on the village sign. The village was most likely settled by the Danes, probably in the late 9th century, and the origins of the village name suggest a marsh held by a man named Sceld.

There was a church here by 1225, and in 1258 the queen's physician was granted the living of Skellingthorpe church. In 1290 Queen Eleanor of Castile, wife of Edward I, died at Harby, Northamptonshire, just 3 miles west of Skellingthorpe.

The queen's funeral cortege passed around or through the village on its way to Lincoln and thence to burial in London. Curiously, the manor became derelict in the late 14th century and was granted to the Spital Charity, who rented it out. The charity still owned property in the village as late as the 19th century.

In 1693 the lord of the manor, Henry Stone, died without an heir and left the manor to Christ's Hospital in London. The governors of Christ's Hospital were suitably grateful for the gift, and they erected a large altar tomb to Henry Stone in the graveyard of St Lawrence church. They also built a school, cottages, and a pub on the land given by Stone.

One curious building is the Heritage Room, a former weigh-bridge office. The Heritage Room holds a wealth of old drawings and documents related to the Skellingthorpe airfield, a former RAF base.

On the eastern edge of the village are the remains of a large 18th-century duck decoy, now a listed ancient monument.

The Georgian manor house of Skellingthorpe Hall was built in 1811 on the site of an earlier manor.

Just outside Skellingthorpe is Old Wood, an area of ancient woodland managed by the Woodland Trust. Old Wood is full of native oak, conifers, hazel, and lime trees, and is a sight to behold in early spring when the forest floor is lush with lily-of-the-valley and bluebells. Access to the woodland is by way of a trail along a cycle track by the old rail line from the car park by Skellingthorpe Community Centre.

Just a mile away is the historic house of Doddington Hall, and Lincoln itself is just 3 miles to the west. 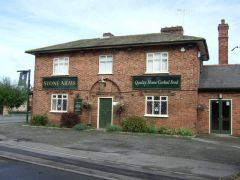 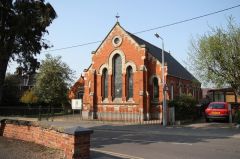 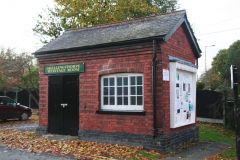 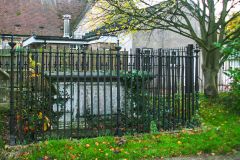 More self catering near Skellingthorpe >>

More bed and breakfasts near Skellingthorpe >> 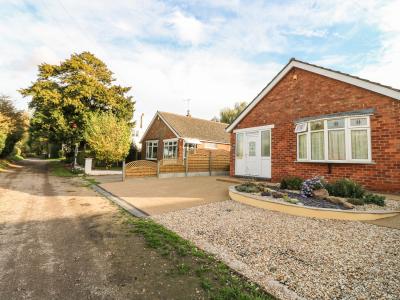 This beautiful detached cottage is situated in the heart of Skellingthorpe village, 4 miles from Lincoln and can sleep six people in three spacious bedrooms.
Sleeps 6 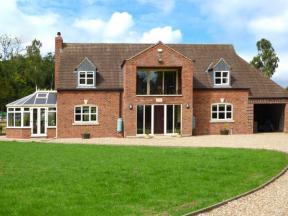 A beautifully designed, detached holiday home in Skellingthorpe near Lincoln, with three flexible bedrooms accommodating up to six people.
Sleeps 8