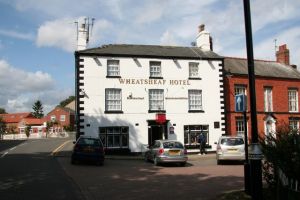 Swineshead is a small Lincolnshire village about seven miles west of Boston. The name does not refer to swine, but to the old tidal creek known in Old English as a 'swin'.

After the Norman Conquest, the manor of Swineshead was granted to the De Gresley family. In the 12th century the de Gresleys built a motte and bailey castle at Manwar Ings. The castle earthworks can still be seen, just off the A52 by the Manor Farm Shop. It can also be reached by a footpath across the fields between Swineshead and Baythorpe.

Swineshead is the birthplace of Herbert Ingram, founder of the Illustrated London News. Ingram served as an MP for nearby Boston and helped bring piped water to the village.

Swineshead Abbey was founded in 1135 for monks of the Savignac order, but 12 years later Robert de Gresley converted it to a Cistercian monastery. It was at the Cistercian abbey in Swineshead that King John took shelter after the infamous loss of his baggage train while crossing The Wash in 1216.

An old tradition says that the unpopular king was poisoned by one of the monks, which led to his death a few days later. The village sign depicts the King with a monk lurking behind him in reference to this legend.

The abbey was dissolved by Henry VIII in 1536 and the monastic buildings were destroyed to make way for the present Abbey House. The abbey ruins are on private land, but they can easily be seen from the A52 road, just past Manor Farm Shop.

The attractive parish church was begun in the 12th century, with the addition of a 14th-century tower. Stone for the church was carried by barge up the tidal creek on barges. The font is also 14th century. Look for the black marble memorial to Sir John Lockton of Abbey House (d. 1610). In the Lady Chapel is a medieval altar stone, found buried in the floor of the church in 1869. Another historic feature is the late 15th century carved and painted rood screen.

Other interesting historic buildings include the 18th-century Pig and Whistle pub and North End Mill, a tower windmill built in 1821. The Grade II listed mill remained in operation until the 1930s, but after the sails blew off it was never restored. Another listed building is the Methodist Chapel, built in 1845.

At the junction of South Street and Stump Cross Lane is a 14th-century wayside cross known for good reason as 'Stump Cross', for all that remains is a truncated shaft atop a stepped base. 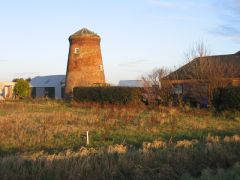 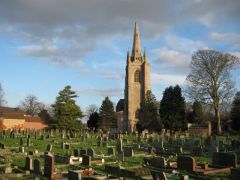 More self catering near Swineshead >>

More bed and breakfasts near Swineshead >>