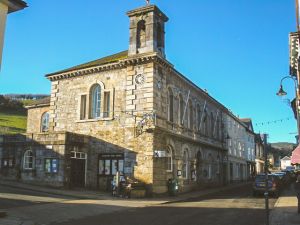 Ashburton was a centre of the tin mining industry. The town gives good access to eastern Dartmoor, and many of the most popular tors of Dartmoor National Park are only a short drive away. The parish church of St Andrew dates to the 12th century but was much rebuilt in the 15th century, with more recent stained glass by CE Kempe.

The most intriguing building in the village is the Chapel of St Lawrence. This was a private chapel for the Bishop of Exeter but he gave it to the town in 1314 as a Chantry School. The Chapel served as a school for over 600 years, but it now houses a heritage centre for Ashburton. Another historic site with religious connections is St Gudula's well and Cross on the Old Totnes Road. The well and cross are thought to be named for St Gulval.

Ashburton owes its prosperity to the tin mining industry. The town was mentioned in the Domesday Book when it was called Essebretone, and throughout the medieval period the town grew along the banks of the River Ashburn. Its local importance was recognised when Ashburton was named a stannary town; that is, tin was brought to Ashburton from local mines to be assayed and weighed.

One curious bit of local heritage involves a type of champagne known as Ashburton Pop. The drink was extremely popular during the middle of the 18th century, but when the brewer who made it died, the recipe was lost, for he had not shared the secret of the 'Pop' with anyone else.

Just outside Ashburton is the modern monastery of Buckfast Abbey, founded in 1882 on the site of an 11th-century Benedictine monastery. Buckfast Abbey is known for its fortified tonic wine and the fact that the brothers of Buckfast breed their own honeybees and sell honey and beeswax products.

We've mentioned the church and chapel already, but the centre of Ashburton is full of historic interest. Look for Card House, with slates carved with designs of playing cards. The pretty Mermaid Inn (now a shop) has a medieval doorway. General Fairfax, commander of Parliamentary forces during the Civil War, stayed at the Mermaid during his campaign in Devon.

The Ashburton Museum is housed in a former brush factory in the centre of town. In addition to a large collection of local history, the museum also houses a display of North American native artefacts. 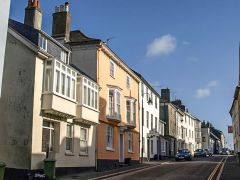 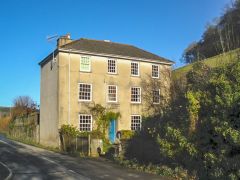 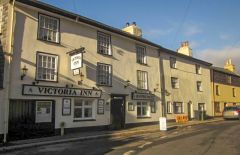 More self catering near Ashburton >>

More bed and breakfasts near Ashburton >> This property is attached to the owner s home and sits in a commanding and rural position with spectacular views. Designed with fine living in mind the property is finished …
Sleeps 4 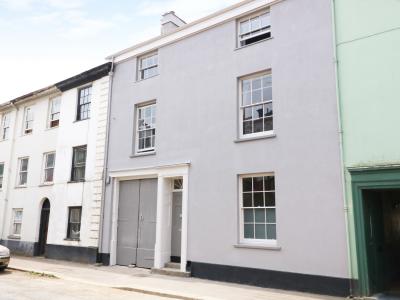 This cottage is located in the village of Ashburton, near Newton Abbot, and can sleep eight people in four bedrooms.
Sleeps 8