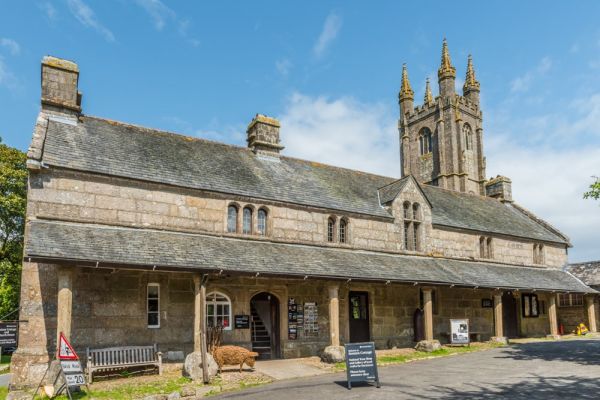 Church House is an attractive granite-built cottage dating to about 1537 beside the church in Widecombe-in-the-Moor. It was built as a community centre and later functioned as an almshouse, a school, a workhouse, and then as a village hall. It is open to visitors when not in use for village functions.

The ceiling of Church House is a wonderful example of cross-beamed construction, and most of the timbers are of original 16th-century date.

Beside Church House is Sexton's Cottage, a National Trust shop and tourist information point for Dartmoor National Park. Immediately behind Church House is the parish church of St Pancras, known as the Cathedral of the Moor. 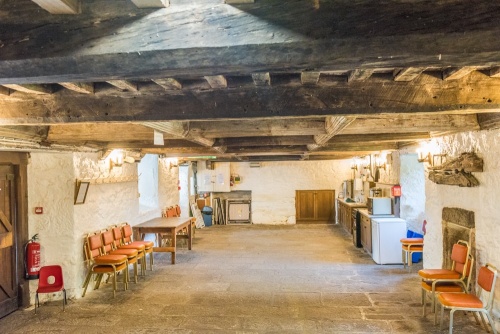 Church House and Sexton's House are one building, under a common roof. Church House was probably built by stonemasons working on the striking west tower of St Pancras' Church at the same time. It is made from locally quarried granite and is notable for its long porch, supported on 7 octagonal granite pillars. Its purpose was to raise money for the church by providing food, ale and shelter for parishioners who had to travel great distances to church services.

People often travelled great distances across the moors to attend church services and here in Church House they could rest, eat and drink while they recovered. A community effort, Church House was in direct competition with the lord of the manor's own brewhouse.

It served as an almshouse in the Georgian period, then in the 19th century, there was a workhouse on the ground floor and the village school on the first floor. Two external staircases were added, one for boys and one for girls, so the two did not mix on entering or leaving the school. 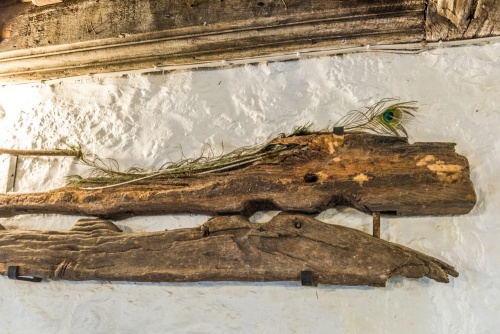 When a new school was built in 1931 Church House was put up for sale. Reverend Wood launched a fund-raising drive to purchase the building for the parish. To ensure the future of the property Rev Wood gave it to the National Trust in 1933. It now hosts a variety of community events including a monthly craft fair, playgroups, and social events.

Beside the entrance and sheltered by the porch overhang is a 15" naval shell given to the people of Widecombe by the National War Savings Committee. The shell commemorates the extraordinary efforts of local people to provide sphagnum moss to the military during WWI. The moss was an essential component of wound dressings.

Sexton's Cottage was, as its name suggests, built for the church sexton, who looked after the graveyard and the church buildings. The first record of a sexton comes from 1824 and the last sexton left the house in 1975 on his retirement.

There are several fireplaces, suggesting that the interior was subdivided into numerous living areas. Church House was temporarily used for church services in 1875 while the church was being refurbished.

In 1980 the National Trust restored Sexton's Cottage to serve as a shop and information centre. 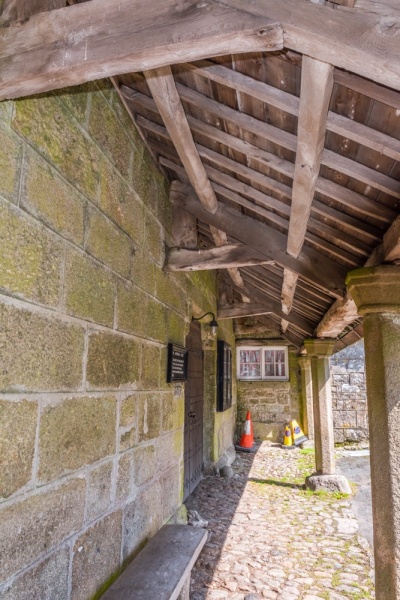 Under the Church House porch

Church House is normally kept locked. Ask in the Sexton's Cottage shop for the keys.

NOTE
To our surprise, we learned from the attendant in the Sexton's House shop that the keys to Church House are only given to National Trust members. This seems a very puzzling restriction. We double-checked with the Trust and, yes, it is true - only members of the National Trust can view the interior of Church House (and then only when it is not in use for community functions).

The most interesting part of Church House is the ground floor (the first floor is presently used by a community plat group). There are two 16th-century fireplaces, one providing a home to an ancient set of forge bellows. On the wall by the other fireplace is the very worn set of village stocks, used to punish miscreants.

Many of the roof beams are original, and you can see rough adze marks on them. Immediately to the right of the entrance is a wide window embrasure (though the actual window is very small). A broad stone seat is built into the embrasure. 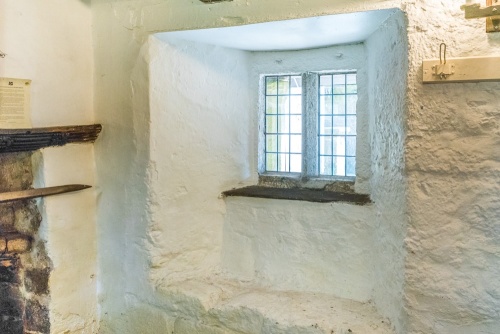 Church House and Sexton's Cottage stand immediately beside St Pancras' Church in the village centre. There are two pay and display parking areas around the large village green, on the B3387. 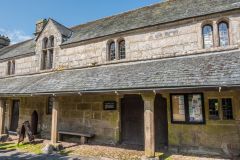 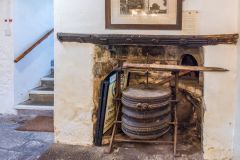 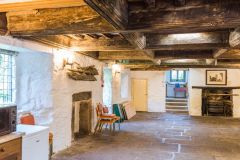 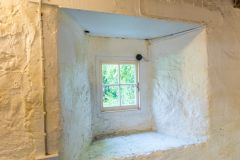 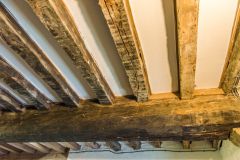 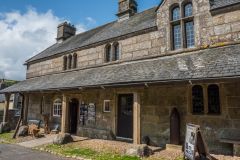 More self catering near Church House >>