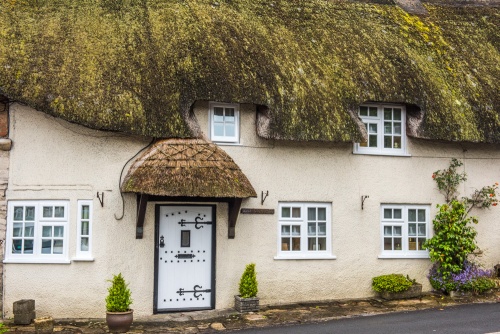 Charminster is a small village just north of Dorchester on the River Cerne. The name comes from the minster church of St Mary and the 'Cerne' of the river. Roman mosaic found buried here suggests that there was a settlement of some kind as early as the 1st century.

Perhaps the most famous native of Charminster was Richard Norman, one of the original founders of the Massachusetts Bay Colony, who left for the New World in 1628.

St Mary's church in Charminster is 12th century, but it stands on or near the site of an 8th century Saxon church. The Saxon church, probably made of timber, was a minster, meaning it acted as a mother church for the Cerne valley.

A Norman church was built in stone in the 11th century and you can still see rounded Norman pillars and the chancel arch from that period. The church is unusually situated directly over the river. The interior boasts some wonderful monuments to the local Trenchard and Devenish families. The tower is 15th century.

The village retains a wonderful untouched charm so typical of many Dorset countryside villages. There are two pubs, the Gamekeeper and the Royal Oak.

Just outside the village in the direction of Dorchester lies Wolfeton House, a haunted medieval manor with Elizabethan additions, begun around 1480 by the Trenchard family. The house is fronted by a twin-towered gatehouse built in 1534. One tower is a chapel while the other is let as a holiday cottage by the Landmark Trust. The house boasts a superb collection of plasterwork ceilings, oak panelling, and Jacobean carvings. 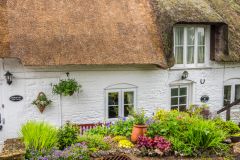 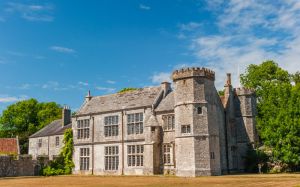 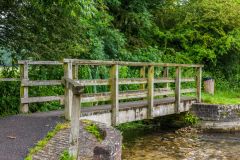 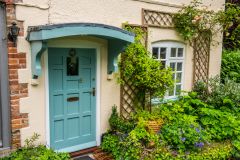 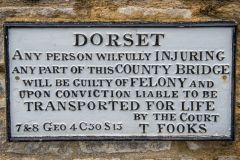 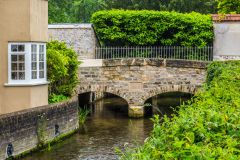 More self catering near Charminster >>

More bed and breakfasts near Charminster >>