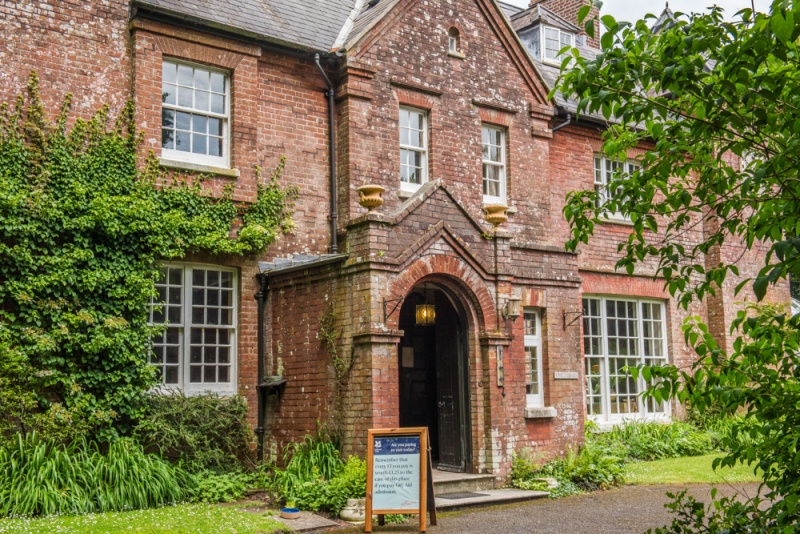 Novelist Thomas Hardy designed and built Max Gate, and he lived in the house from 1885 until his death in 1928. It was during his period at Max Gate that Hardy wrote several of his most popular and enduring novels, including Jude the Obscure, Tess of the D'Urbervilles, and The Mayor of Casterbridge, in addition to over 900 poems.

Hardy was an architect by training, before turning full time to writing, and he used all his not-inconsiderable skill to create an attractive Victorian villa at Max Gate. The house was originally quite modest in size, but as Hardy's novels began to gain popular acceptance he was able to afford to expand the building. The house is not overly ornate, but this was part of Hardy's intent. 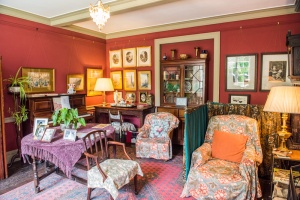 The spacious drawing room looks out over the intimate gardens where you will find a pet cemetery that Hardy loved. The study where Hardy did much of his writing has been relocated to the Dorset County Museum, but the room has been recreated in its original setting here.

On the ground floor is the family parlour, a small conservatory, and the dining room, where you can see a set of Hardy's original plans for Max Gate. On the parlour wall is the most valuable item in the house; a painting by Welsh landscape painter Richard Wilson entitled The Three Mary's. The painting was originally owned by the Dorset dialect poet William Barnes, and purchased by Hardy after Barnes died in 1886.

It was sold by Florence Hardy, the author's second wife, after his death, and later repurchased by the William Barnes Society and presented to Max Gate for display. The two writers, Hardy and Barnes, are linked by more than a painting; exhibits on their lives and writing careers stand beside each other at the Dorset County Museum in Dorchester. 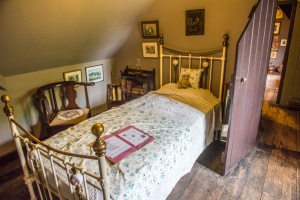 From the front hall, a set of stairs rises to the first floor, where there are several family rooms, including the master bedroom. There is a fascinating display on the two Mrs Hardy's, Emma and Florence, and the rather rocky relationship each endured with the author.

The stairs rise further to Thomas Hardy's study (actually his third study, for he tried several arrangements of rooms at Max Gate before he built an addition with a large chamber where he felt comfortable writing). At the top of the house, under the roof, is the set of small rooms where Emma Hardy retreated for the last decade of her life, including the bedroom where she died.

The house is signposted off the Max Gate Roundabout at the junction of the A35 and the A352. Unfortunately, there is very limited parking on the access road outside the house. When I arrived I found every spot filled, and had to drive around until I could find a place to safely park on a nearby residential street. Once inside the house, I was free to wander, and there were volunteer National Trust stewards in several rooms, and information sheets to explain about each chamber and its role in Hardy's life.

I found the house magical to explore, with so many details of the writer's personal and public life explained. The exhibition on Hardy and his relationship with his wives was quite well done and very moving, though I couldn't help thinking that Hardy let his personal relationships suffer as his fame grew.

Whether you are a die-hard fan of Thomas Hardy and his writings or you simply enjoy historic houses, you'll find Max Gate a fascinating historic house to explore. 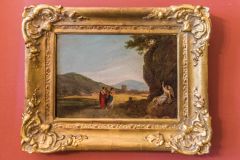 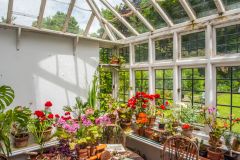 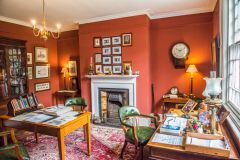 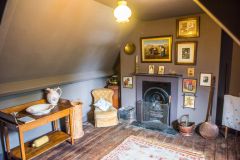 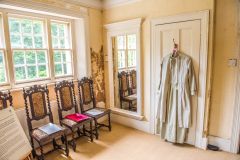 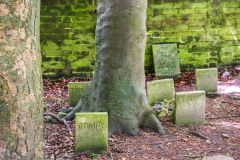 More self catering near Max Gate