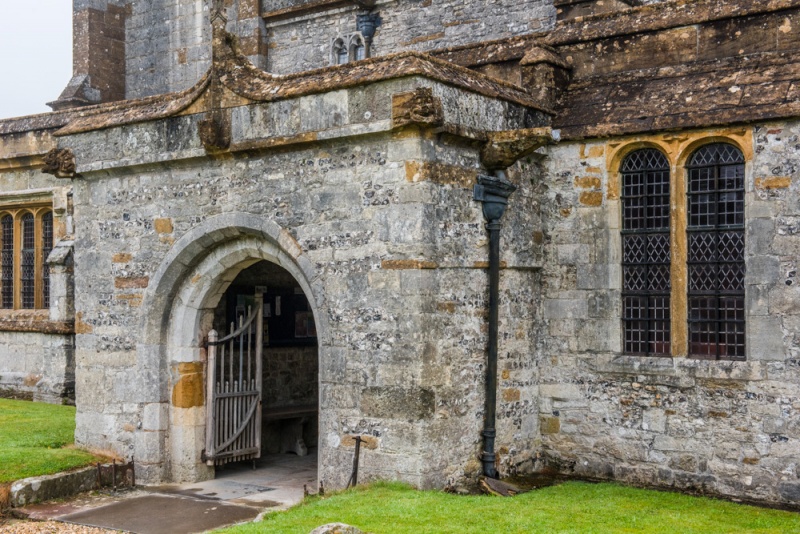 A Saxon church was established on the banks of the River Cerne as early as the 8th century. The church may have been located where North Street now runs, as it appears that the course of the river has shifted over time. The Charminster church was a minster, as the name of the village suggests, acting as a mother church to the surrounding area.

In the 11th century, a new church was built in the present location. This simple church was composed of a nave and two transepts. The only remnants of this Norman church are the east wall and chancel arch. This 11th-century church was later enlarged with a chancel and north and south aisles. Then in the 14th century, the Trenchard family of Wolfeton House added a south chapel to act as a chantry. This family chapel is now known as the South Aisle.

The striking Perpendicular tower was built in 1500 by Sir Thomas Trenchard of Wolfeton House. Look for the stylised T monogram in several places around the tower. In the second stage of the tower is a clock dated to 1700, rebuilt in 1896.

In the middle of the 16th century, the chancel was pulled down and replaced by a smaller chancel. Then in 1837 the north aisle was extended. The interior is notable for the oversized Norman arches separating the nave from the aisles. 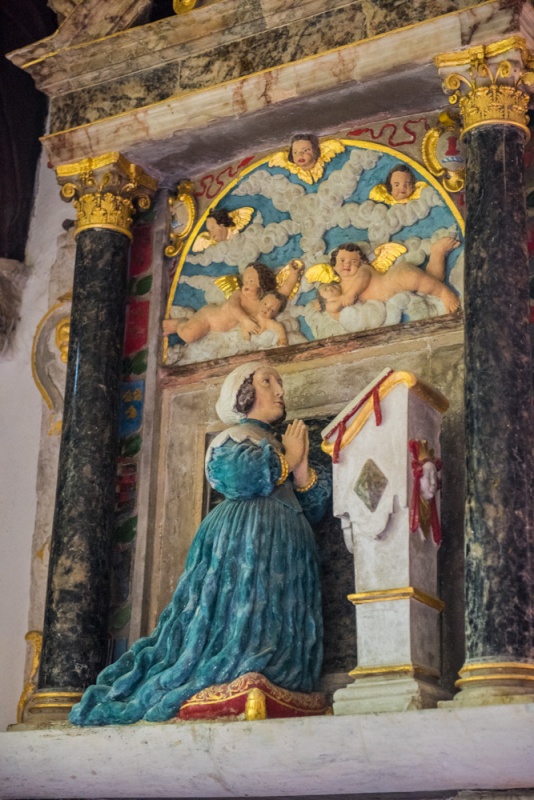 The church is built of local rubble and flint with Ham Hill ashlar for dressing. in the south aisle a section of a late medieval churchyard cross is preserved.

The font is 12th century, with a circular bowl gradually becoming octagonal, set on an octagonal stem. The font was almost certainly recut in the 15th century. The south-east respond of the tower arch is carved with a grotesque head of a devil. In the south chapel is a stone fragment showing 12th century carving, including nail-head and chevron patterns.

There are a very good array of monuments to the Trenchard and Devenish families, including a wall monument to Grace Pole (d. 1636), daughter of Thomas Trenchard. The monument is made of marble, plaster, and slate and shows an effigy of the deceased kneeling at a prayer desk flanked by Corinthian column while cherubs hover. Next to the Pole memorial is a marble tablet to Mary Henning (d. 1821).

In the south chapel is a 16th-century tomb chest of Purbeck marble, and nearby is a slightly earlier tomb in the same style. on the south wall are 19th-century tablets to members of the Devenish family. In the chancel are floor slabs to the daughters of Thomas Hawker (d. 1704) and to Henry Trenchard (d. 1720).

Over the chancel arch is a faded 15th-century wall painting thought to represent scenes from the Passion and the Resurrection of Christ. On the north wall are stencil patterns of strawberries and strawberry leaves, thought to be early 16th century. There are late 16th-century Biblical texts on the nave arcades, including a fragment of the Apostles' Creed. 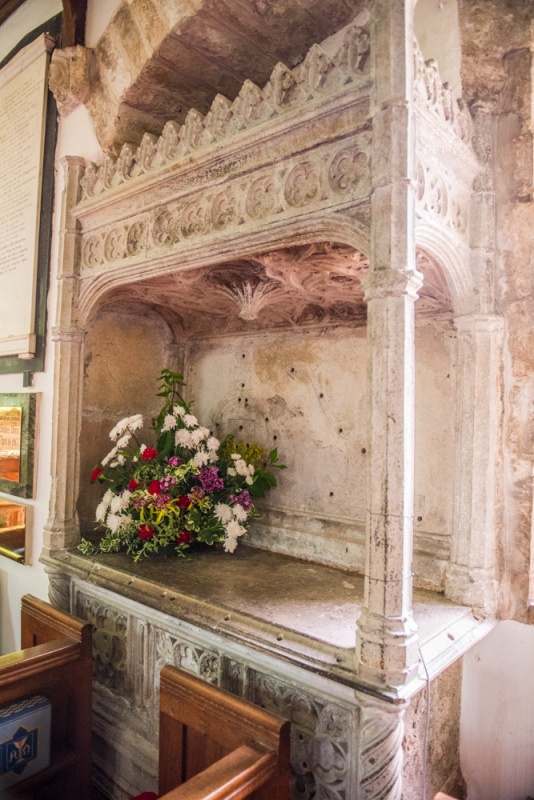 In the south chapel is a late medieval piscina set into the wall, and in the chancel is a 17th-century chair. The finely carved pulpit dates to 1635 according to a cared date on an internal panel. In the south aisle is a royal coat of arms dated 1757.

In 2014 Charminster church was in the news when the River Cerne overflowed its banks and flooded the church. The flooding was caused by restricted water flow through the nearby bridge. Unfortunately for the church and other nearby homes, the bridge is a listed monument and protected from removal, so alternative forms of flood control have to be taken to prevent future floods.

St Mary's is a lovely medieval church in a pretty setting beside the River Cerne. There is no dedicated parking area, but we were able to find a spot along the nearby road. The church is located off the main A352 road through Charminster at the junction of West Hill and East Hill. The church was open when we visited. 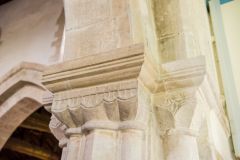 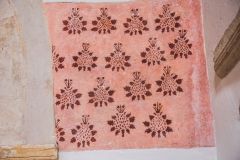 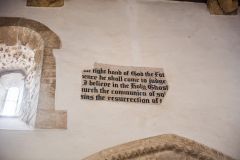 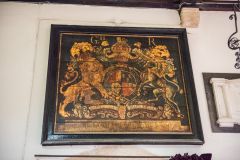 More self catering near Charminster

More bed and breakfasts near Charminster