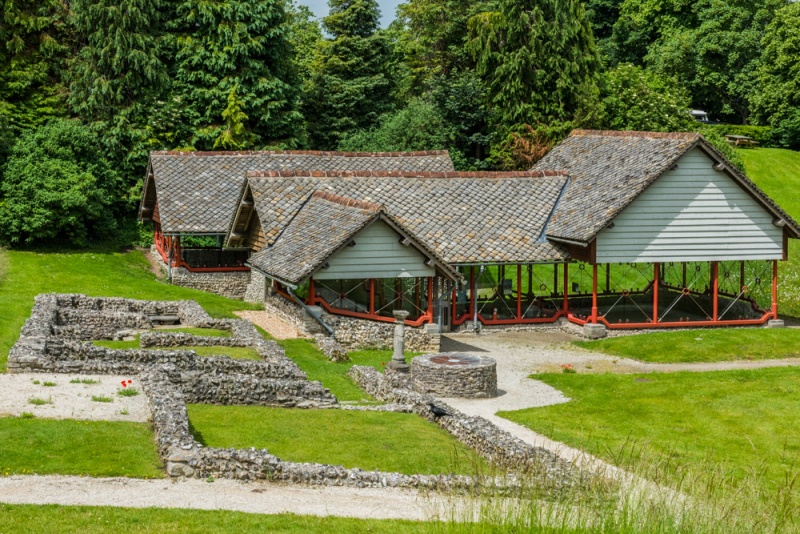 Within the grounds of County Hall in Dorchester lie the remains of the only Roman townhouse in Britain open to view. The townhouse was discovered during the construction of the County Hall in 1937. Plans for the Hall were changed so that the Roman remains could be preserved. On two sides of the site are the old Roman town walls, preserved as West Walk and North Walk.

The site is important in archaeological terms, for many of the techniques now commonly used for urban archaeology were first used here during the investigation in 1937-1938.

The townhouse was probably owned by an important Romano-British family; that is, a local family who adopted Roman customs. They probably owned a villa outside the town and were involved in the government of the Roman settlement of Durnovaria (Dorchester).

The house was reduced in size in the late Roman period and abandoned in the late 4th or early 5th century, when the buildings were torn down and a cobbled path laid on the site. The remains of five infant burials were found during excavations. Most died during childbirth or shortly after.

The house is laid out on an L-plan, with two ranges on the side of a small courtyard. The house was built around AD 307 and enlarged about AD 341. The walls were made of flint laid in herringbone courses with limestone for quoins. Traces of paint show that the stones were painted red on their external surfaces. The roofs were tessellated limestone tiles, and eight of the rooms had mosaic flooring.

The first part of the house was a range in the shape of an H, with a hypocaust (underfloor heating) and mosaic floors. Later in the 4th century the house was extended with a south range, with another heated room and a kitchen. Under the south range archaeologists found a coin from the reign of Constans (AD 341-346). West of the south range was a row of post holes, suggesting a rectangular wooden building. 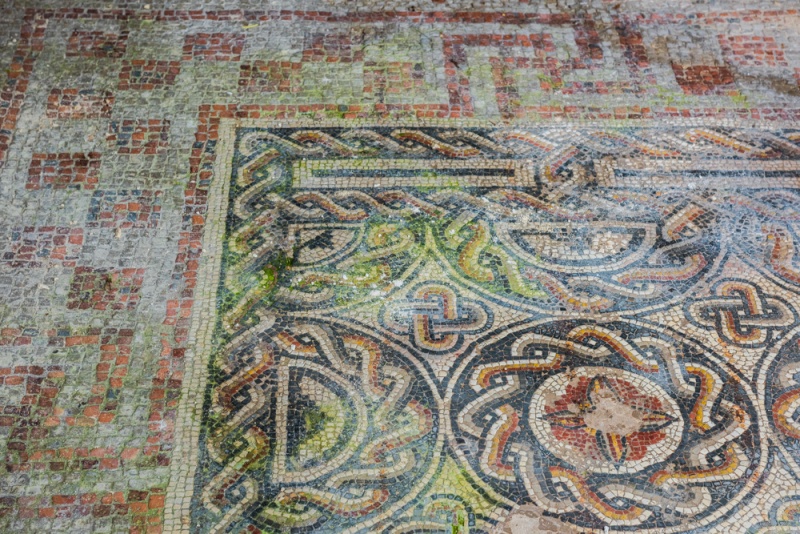 There are seven rooms in the South Range and another 11 in the West Range. The preserved mosaic floors are part of the West Range and date to around AD 350. You can also see a well near the south range, which was filled in when the house was torn down.

The foundation walls are in very good shape, allowing you to easily make out the layout of the building. You can see the hypocaust system and flues used to direct heat up the walls. Near the house, archaeologists found remains of a lime kiln. Within the ruins was a coin from the reign of Tetricus (AD 270-273), suggesting that the kiln fell out of use in the late 3rd century.

Part of the house has been covered by modern buildings with glass walls to view the mosaic floors. The mosaics are generally in a very good state of preservation. One has a floral pattern bordered by a swastika pattern. One mosaic pattern spelled out the Latin words PATERNVS SCRIPSIT (Paternus wrote this). The most interesting mosaic has figures representing Winter and Spring.

Finds from excavations at the site are on display at the Dorset County Museum on the High Street, a few minutes walk away.

The Roman Town House isn't publicised nearly as much as it should be. I only found out about it when I picked up a brochure at The Keep Military Museum, a few blocks away. A friendly staff member from the museum showed me the way to the Town House, which is very close to Dorchester's busy High Street and, as I discovered, very well signposted.

The site is open and free to visit. You can wander freely amongst the foundations of the L-plan buildings. The mosaics are simply wonderful, though the reflections from the glass viewing windows sometimes make it awkward to really appreciate them fully. The Roman Town House should be on everyone's list when exploring historic Dorchester. 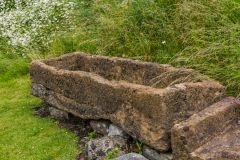 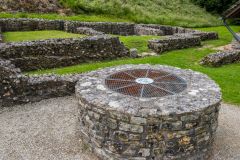 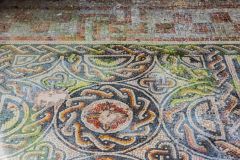 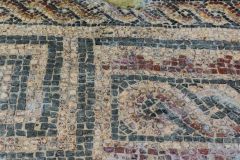 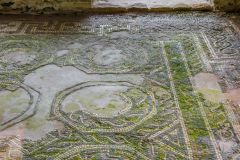 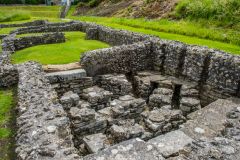