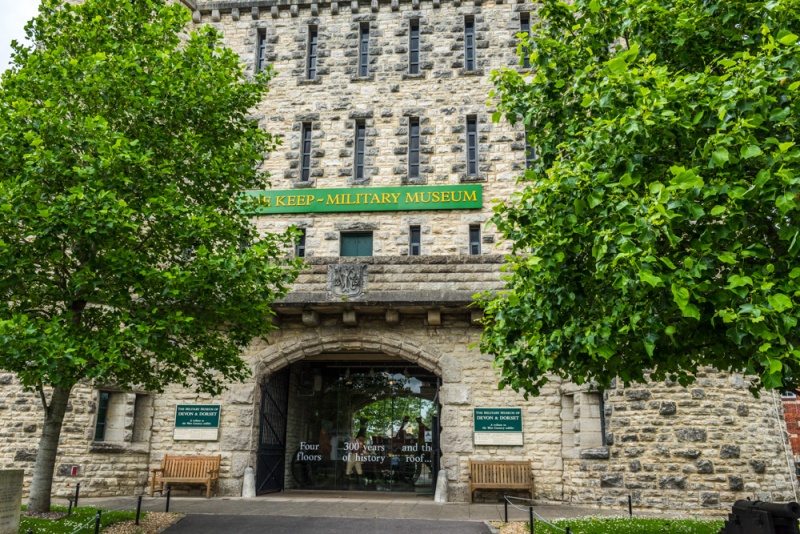 The museum includes interactive displays, medals, uniforms, and weapons used by the regiments over the past 300 years. There is also an archive section with photographs, paintings and books, which may be accessed by those attempting to research family or military history. Expert volunteer assistants are on hand to help with research and can carry out research on your behalf for a small fee.

One of the prize exhibits on display is Hitler's desk, discovered in his office in the Chancellory after the fall of Berlin. When the Dorsetshire Regiment discovered the desk it contained Hitler's personal writing paper and a personal 1943 Christmas card.

One very good exhibit recreates a World War One trench, minus the mud and rats! Well, there is one rat, but Roland, as he is dubbed, is a stuffed toy.

There are special 'Tommy Trails' for children, helping them to understand the life of real 'Tommies' in WWI and WWII.
Military museums are not always my cup of tea, but I really enjoyed The Keep. The exhibits did an exceptional job of bringing the history of the regiments to life and telling the stories of the men and women who fought in them over the centuries. The historical displays are extremely good, showing in fascinating detail the course of some of the regiments most famous conflicts.

One particular exhibit that caught my eye covered the course of the major battles of the Boer War, and it really made the conflict as compelling as a Holywood blockbuster film. I recommend leaving at least 2 hours to explore The Keep. 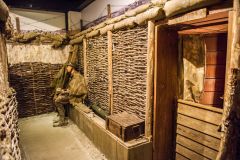 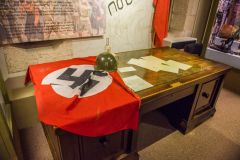 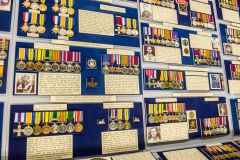 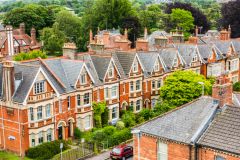 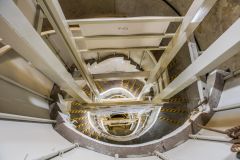 More self catering near Military Museum