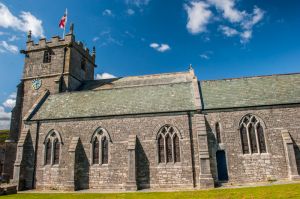 A popular village south of Wareham, Corfe Castle is named for the dramatic stone fortress that rises above the village. Burial mounds in the area show that Corfe Castle was settled as early as 6000 BCE. There was certainly a Roman presence here, but Corfe really rose in status under Alfred the Great, when that king built a castle here to deter Danish invaders.

The castle saw a terrible deed in AD 978 when Queen AElfrida of Mercia murdered her stepson Edward to put her own son, AEthelred (the Unready) on the throne. A Norman castle replaced the wooden Saxon stronghold in the late 11th century, and throughout the medieval period Corfe was a royal castle.

The castle was destroyed by Parliament after the Civil War. But if you want to see what it would have like in its heyday, you're in luck - Corfe Castle Model Village has created a 1/20th scale model of the village and castle showing what it would have looked like during the Middle Ages.

The parish church of St Edward the Martyr stands across from the castle, reputedly on the site of the cottage where the body of Edward the Martyr was taken following his murder. The church tower dates to the 13th century, but much of the remainder is a Victorian restoration. Within the church is a fascinating display of official seals for every constable of Corfe Castle from 1224 to 1847.

Near the church is the old town hall, which also acts as a museum. A plaque on the side of the building proudly proclaims that Corfe Castle town hall is the smallest town hall in England.

Corfe Castle is a very satisfying place to visit, full of historical interest. 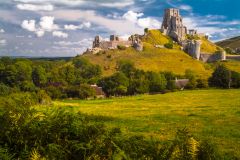 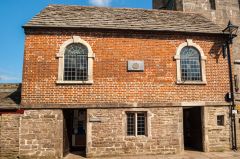 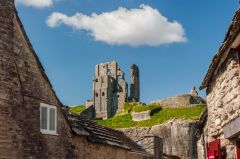 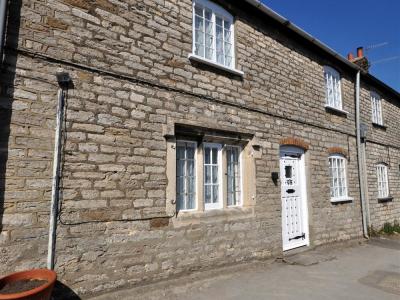 This stone terraced cottage is in the village of Corfe Castle near to Wareham in Dorset and can sleep 4 people in 2 bedrooms.
Sleeps 4