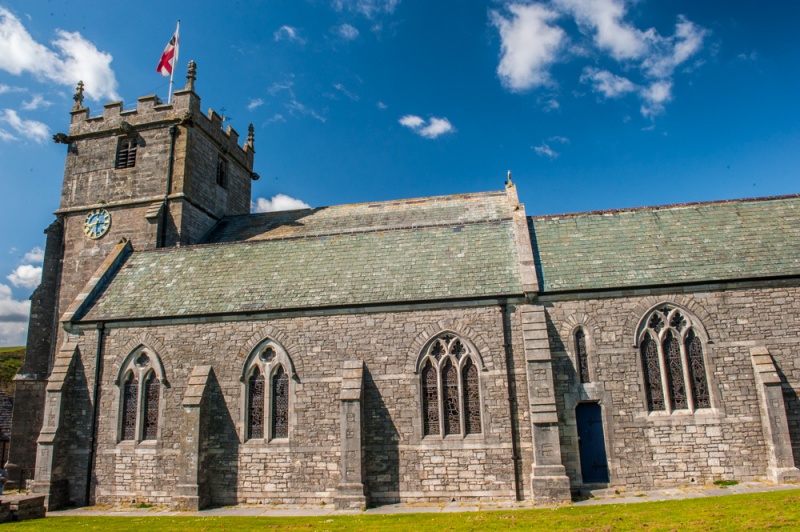 There was a church in the Corfe Castle area as early as AD 690, built by St Aldhelm. We do not know where that church stood, and no trace of it remains.

The Murder of a King

In AD 978 Queen AElfrida (or Alfthryth) of Mercia was staying at the royal fortress of Corfe Castle with her stepson Edward and her own ten-year-old son, AEthelred. Aelfrida had her stepson murdered to put her own son on the throne. The murdered boy-king became known as St Edward the Martyr, and Aethelred is better known to history as Aethelred the Unready, from the Saxon words un-raed, or 'ill-counselled'.

On AElfrida's orders, Edward's body was hidden in a poor cottage on the edge of what is now The Square. There it was discovered by a blind woman who had her sight miraculously restored. According to one tale the king's body was then thrown into a nearby marsh.

A supernatural light appeared over the marsh, and Edward's body was recovered and buried at Wareham without ceremony. According to some versions of the tale, a light appeared over the grave at Wareham, and the king was dug up and reinterred with ceremonial dignity in Shaftesbury the following year. The dead king's supporters at court spread tales that miracles could be attributed to the murdered king, who was duly declared a saint. 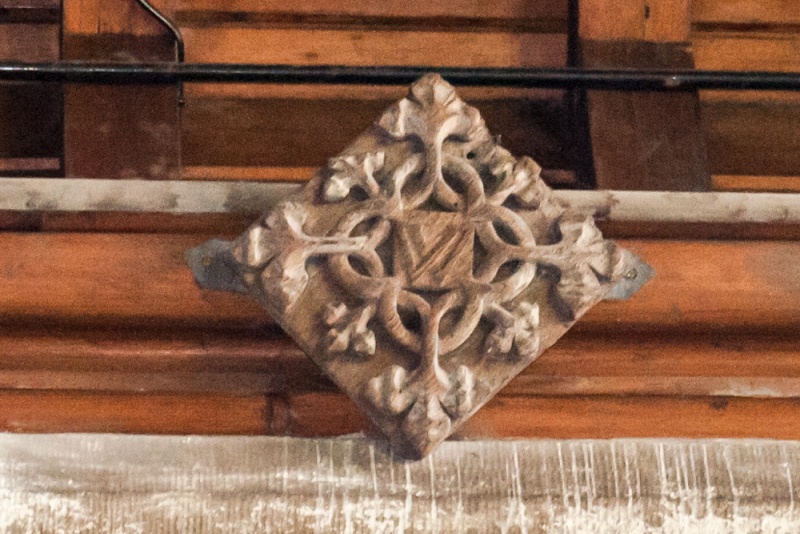 Much later the cottage where his body had lain was replaced by an early medieval church, dedicated, not surprisingly, to St Edward the Martyr. The first church was probably built in the early or mid-13th century, and the first recorded vicar comes from 1280. That first church was composed of a nave, chancel, north aisle, and north porch. In the late 13th century a second aisle was added.

The church tower is late 14th century, but much of the remainder is a Victorian restoration. The tower was built by the Beaufort family who served as Constables of the castle. Look for four gargoyles (no longer used as water spouts) and four more grotesque carvings on the tower exterior. Over the tower doorway are two carvings decorating the hood mould and a pair of shields over the arch.

The heads are thought to depict John Beaufort, eldest son of John of Gaunt, and his wife Margaret. One coat of arms lies on its side, while the other is upright. This is symbolic of the fact that John Beaufort was born out of wedlock, to Katherine Swynford, John of Gaunt's mistress. The sideways shield shows his coat of arms before his status was legitimised by Parliament in 1397, and the upright one shows his arms after he was legitimised.

Inside the church, there are two more heads on either side of the tower arch. These are thought to depict John of Gaunt and Katherine Swynford. Within the tower arch are two more carvings representing Edward III and Queen Phillipa, John Beaufort's grandparents. 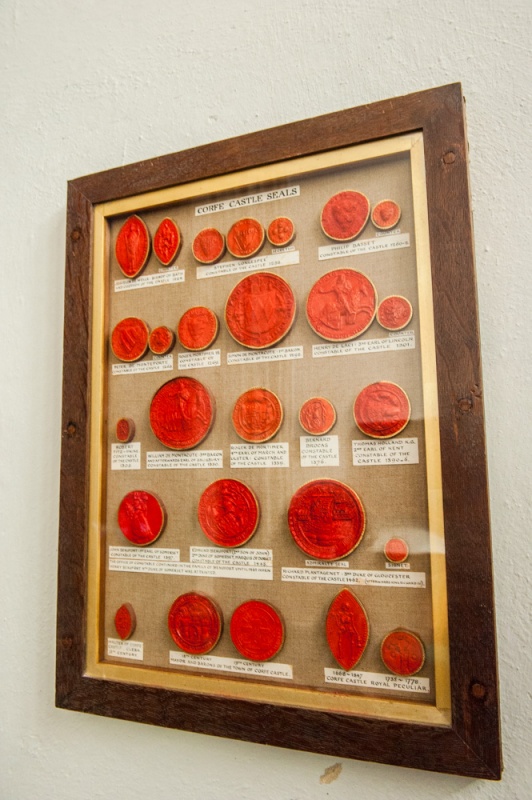 Seals of the Constables of Corfe Castle from 1224

During the Civil War Parliamentary soldiers used the church for stabling their horses and the building was heavily damaged as a result. The soldiers stripped lead from the church roof and melted it down to make musket balls. The heavy oak doors were removed and used to provide cover for the assault on Corfe Castle.

The organ was broken down the wood used to make cases for transporting munitions. Even the rector's surplice was cut up to make shirts for soldiers. The font was used as a water trough for horses, and a cannon was mounted atop the tower. After the war was over Parliament awarded St Edward's 50 pounds compensation, but that would not have been enough to repair the damage.

Over the sanctuary are ten beautifully carved medieval roof bosses rescued from the earlier church. In the Lady Chapel is a 14th-century piscina, found in the village and brought into the church in 1942. Presumably it had been removed during the Victorian restoration.

On the south wall is a 13th-century coffin lid, used to cover a small casket for a heart burial. Heart burials were often used for Crusading knights who died abroad. The dead knight would be buried where he fell, but the heart could be brought back to England for burial. Unfortunately, there is no indication of who the coffin lid was made for.

The font dates to around 1450 and is carved from Purbeck marble (which is not marble and is not quarried at Purbeck). The stone is used extensively throughout the church. The bowl and stem are octagonal, but the base is plain. Near the font are two pieces of the 15th-century screen, retaining statue niches (now empty).

Within the church is a fascinating display of official seals for every constable of Corfe Castle from 1224 to 1847.

I've visited St Edward's twice now, and each time I'm struck by the beauty of the building and the wealth of historic interest. Did King Edward the Martyr's body rest here? It is certainly possible, and the sense of history is palpable. The church is just off The Square, just a very short stroll from the entrance to the castle. It is open daily to visitors and is well worth a visit. There is extremely limited parking in the village, but there is a paid parking area signposted on the A351. 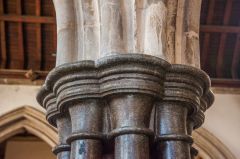 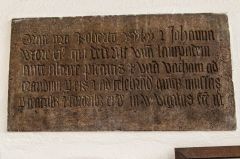 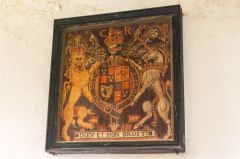 More self catering near Corfe Castle

Self Catering near Corfe Castle