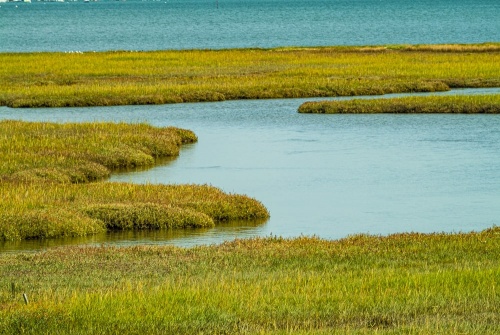 The Arne RSPB Nature Reserve is a large nature reserve on the south bank of Poole Harbour in Dorset, taking in over 1,392 acres (5.6 square kilometres) of mixed habitat including ancient oak woodland, reed beds, mudflats, salt marshes, and lowland heath. The reserve is also a designated SSSI (Site of Special Scientific Interest).

The star bird species at Arne is the Dartford Warbler (Sylvia Undata), which had almost died out completely in the UK by the 1960s before recovering. The best time to see the warblers is during spring when they are nesting. The RSPB maintains nest cams so you can get a closer look at the warblers without disturbing them. 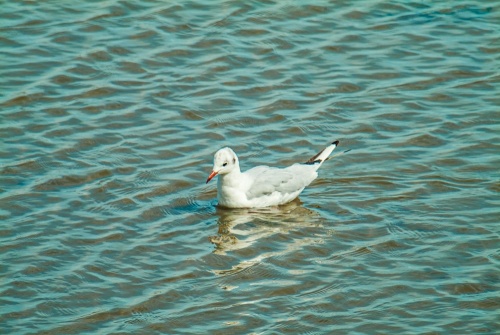 Aside from the Dartford Warbler, other species commonly found at Arne include the spoonbill, woodlark, and nightjar.

Arne provides an important habitat for reptiles and animals as well as birds. The reserve is one of the few places in the UK where you can find all six native species of UK reptiles, including the sand lizard, common lizard, grass snake, smooth snake, adder, and slow worm. 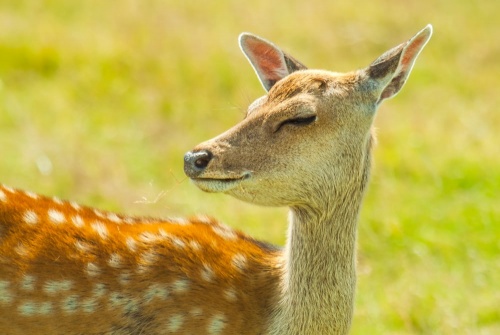 One very unusual animal species at Arne is one that you would never expect to see living wild in the UK; sika deer. A herd of some 500 Sika roams the reserve's woodland and heath. The herd was formed from animals that escaped from deer parks in the Victorian period and found a home in the woods and fields bordering Poole Harbour.

We ran across a large group of Sika deer on the footpath from Arne to Shipstal Point, where it passes through a stand of oak woodland. They must have been relatively at ease near humans, for they allowed us to get close enough to easily photograph them while they grazed amid the trees.

They won't be quite so relaxed in autumn, during the rutting season, when the stags bellow their challenges! Autumn is also the best time to spot osprey fishing in the harbour or eating their catch on a timber post set up along the water's edge by the RSPB. 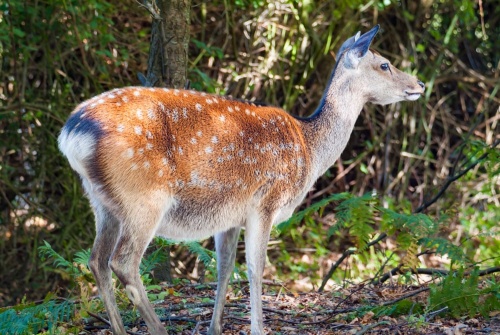 Winter is the best time of the year to see wading birds, with large numbers of avocets and spoonbills passing through the reserve. 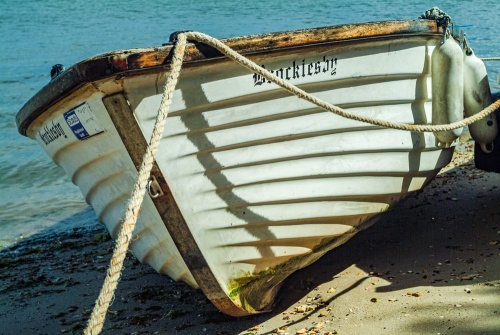 A boat drawn up on the shore at Shipstal Point

At the heart of the reserve is the rural village of Arne. The village was taken over by the military during World War Two, and, though the military did not retain ownership following the conflict's end, the village never recovered. Today it is little more than a hamlet centred around the 13th-century church of St Nicholas.

Seven walking trails lead across Arne RSPB Nature Reserve. Each trail is colour-coded, and offer both easy and more difficult walks. There are bird hides dotted along the edge of Poole Harbour. Two trails lead south through Coombe Heath. This is a quieter part of the reserve and the best area to spot Dartford Warblers.

There are toilets, a shop, and a cafe at the RSPB car park, located at the southern end of the village. There is no charge to explore the reserve, but there is a parking charge (free for RSPB members). Dogs are allowed on the reserve walking trails, but only on leads.

From Wareham, take the B3075 to Stoborough and turn left onto New Road where you see the signpost to Arne. From New Road turn right onto Arne Road and follow it to the village where you will see the RSPB car park to your right.