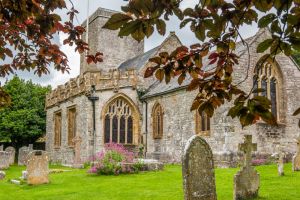 A small village just northeast of Dorchester, Stinsford is best remembered as Thomas Hardy's 'Mellstock'. Hardy was born in 1840 at Higher Bockhampton, in Stinsford parish, and his birthplace is visited by thousands of people each year. Just outside the parish at Max Gate is Hardy's last home, where he died in 1929.

Hardy's parents are buried in the churchyard of the medieval parish church, as is his first wife, Emma Gifford. Hardy himself wanted to be buried at Stinsford also, but instead, his ashes were interred in Westminster Abbey. Hardy's heart was buried in Emma's grave. Also in Stinsford churchyard is the grave of Cecil Day-Lewis, the Poet Laureate, who died in 1972.

The parish church itself, dedicated to St Michael, is 13th century, with a 14th-century tower. Into the tower has been set a Saxon carving of St Michael from the original church on this site. Another historic highlight is the Norman font, made of Purbeck marble.

Kingston Maurward House, east of the church, was built from 1717 for George Pitt of Stratfield Saye. Pitt married Lora Grey, the heiress of The Old Manor House, a late 16th-century manor with the addition of a 17th-century wing.

he manor was abandoned for Kingston Maurward House, eventually becoming a home for poor widows. It was scheduled for demolition in the 1950s until Rohan Sturdy stepped in. Sturdy leased the house from the County Council and restored it at his own expense. In gratitude, the Council granted him the freehold of the property, and it remains in private hands today.

The River Frome meanders through the parish, and the water meadows beside the river have been declared a Site of Special Scientific Interest (SSSI). the parish. There are also popular footpaths through Thorncombe Woods.

On the south side of the Dorchester road stands Stinsford Cross, a Roman milestone. The location suggests that it was placed exactly one Roman mile from the east gate of Dorchester. 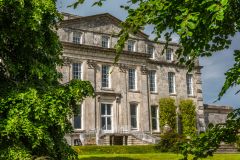 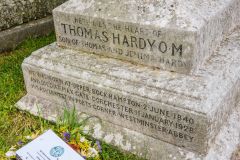 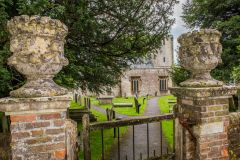 More self catering near Stinsford >>

More bed and breakfasts near Stinsford >>