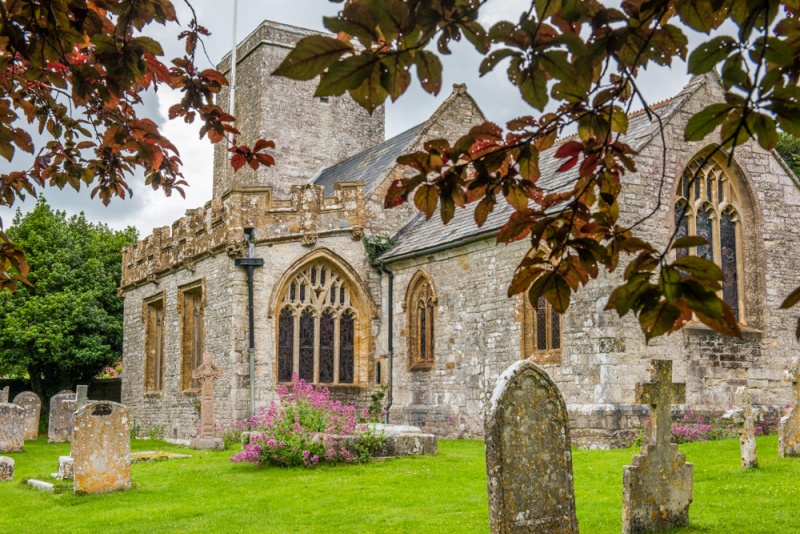 The Dorset village of Stinsford is little more than a cluster of cottages and farm buildings on the outskirts of Dorchester, above the River Frome. Located down a quiet lane stands the medieval church of St Michael.

Most people seek out Stinsford to visit the grave of Thomas Hardy, whose novels evoked the spirit of the Dorset countryside in settings just like this. Indeed, Hardy used Stinsford church as the model for Mellstock Church in his novel 'Under the Greenwood Tree'.

Thomas Hardy's body is buried in Westminster Abbey, but his heart is buried here in a grave beside his two wives. The Hardy grave is easy to spot; it stands to the left of the churchyard as you come through the churchyard gates. Nearby are the graves of other members of the Hardy family. Also nearby is the grave of the former Poet Laureate Cecil Day-Lewis, who admired Hardy so much that he chose to be buried near him.

Hardy's connection with Stinsford is a strong one. He was born a few miles away at Higher Bockhampton, but St Michael's was his parish church. He was baptised in the font at Stinsford, and he attended services here and later taught Sunday school.

His later home of Max Gate is just a mile away. It was always Hardy's wish to lie here in the churchyard he loved, but such was his fame that only his heart was buried here after his death, in the same grave as his first wife Emma, and his ashes were interred with ceremony in Poet's Corner at Westminster Abbey. 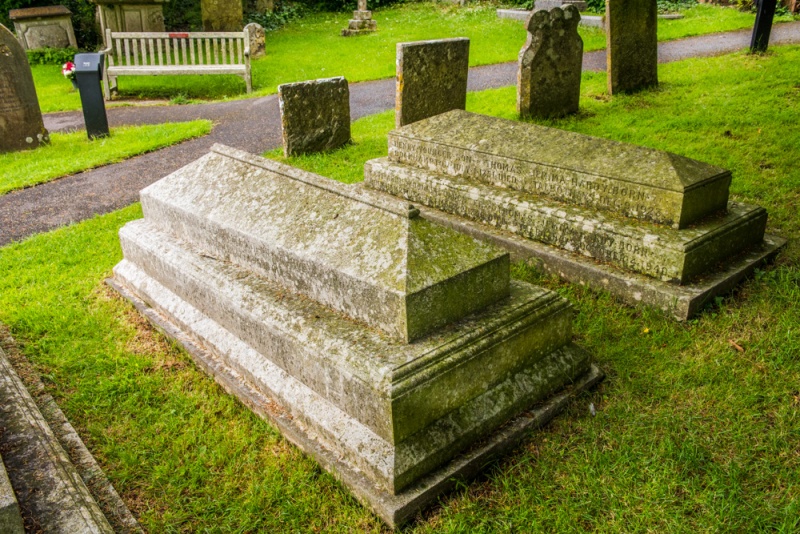 The church would be well worth a visit even without the connection with Thomas Hardy. The building is primarily 13th century, with the addition of a 14th-century tower. The north arcade was inserted in 1630. The nave roof was restored in the Victorian period but retains several 16th-century timbers, and the chancel roof is 17th century.

The Victorians also swept away the west gallery, where musicians played for services. Hardy was annoyed by this, for his family were very often involved in playing the music, and he recorded his displeasure in a passage in Under the Greenwood Tree.

The present gallery was only installed in 1996 after a generous gift of money by Richard Purdy of Yale University, in honour of Florence Hardy, the novelist's second wife.

In the church is the Thomas Hardy Memorial Window, installed in 1930. The stained glass illustrates one of Hardy's favourite Biblical passages (1 Kings 19). Other highlights include an 18th-century chair in the vestry.

The historic treasure of St Michael's church has nothing to do with Thomas Hardy; it is a small relief carving of an angel, thought to date to the late Saxon period. The angel stands in a niche in the west wall of the tower. The statue is made from Ham Hill stone and dates to the late 10th or early Saxon period. In the tower are three bells, the earliest of which was cast in 1616.

In the south aisle is a 13th-century piscina, and above it is an angel corbel carved in the 15th century. At the west end of the church is the very simple 12th-century font, with a square boil decorated with blind arcading.

In the chancel floor is a grave slab to Wadham Strangways, who was killed in action at Bridport while fighting for the king during Monmouth's Rebellion of 1685. In the north aisle is a marble memorial to Audeley and Margaret (Trevelyan) Grey, erected in 1723. One of the finest memorials in the church is to George Pitt (d. 1734), with a bust of the deceased above an epitaph which reads in part:

He was adorned by many virtues both public and private,
a true and disinterested love for his country
banished from his mind all party prejudices and selfish views,
He always preferred the public good to Royal favour,
and the liberty of acting by the dictates of his conscience to the enticements of honours,
which he had the fortitude to refuse.

St Michael's is a beautiful rural church, with a wealth of historic interest. Access is easy; the church is immediately off the A35 roundabout at its junction with the B3150. Turn onto on the minor road towards Kingston Maurward agricultural college and gardens, and then right onto Church Lane. The lane leads down to a small parking area. From there you have a short walk downhill to the churchyard. 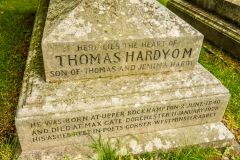 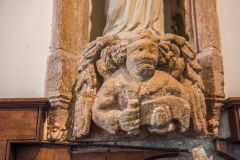