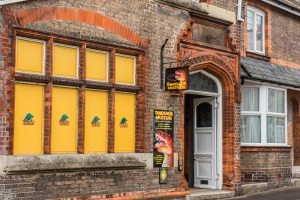 The only museum in Britain dedicated to dinosaurs, the award-winning Dorchester Dinosaur Museum is a treat, especially for children. The museum combines life-sized models of dinosaurs with actual fossils to create an enjoyable hands-on educational experience. Audiovisual and computer displays tell the story of the giant lizards and what the earth was like millions of years ago.

One fascinating exhibit explores the question of what would life be like today if the dinosaurs had not become extinct. Based on the educated guesses of scientists, models of two very peculiar creatures are shown, including a tree-dwelling dinosaur that is a cross between a monkey and a hornbill, and Dinosaurid, a half-human, half-dinosaur being.

There are several displays on famous fossil-hunters, including Dr Gideon Mantell, who found and named the first Iguanodon, and his arch-rival Richard Owen. Then there is Mary Anning of Lyme Regis, perhaps the most famous female fossil-hunter in history and one of the people who did most to make Dorset's Jurassic Coast such a popular destination for fossil-hunters.

Though the Dinosaur Museum is aimed squarely at families, it is quite enjoyable to visit as an adult. Even though I had a basic knowledge of dinosaurs from years of reading to my dinosaur-mad children, I learned a lot from the exhibits and quite enjoyed seeing casts of dinosaur footprints and the extensive displays of finds along the Jurassic coast

The Dinosaur Museum is a former winner of the Dorset Family Attraction of the Year award. 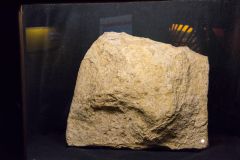 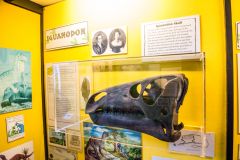 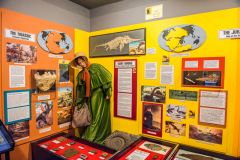 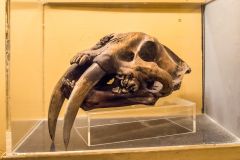 More self catering near Dinosaur Museum