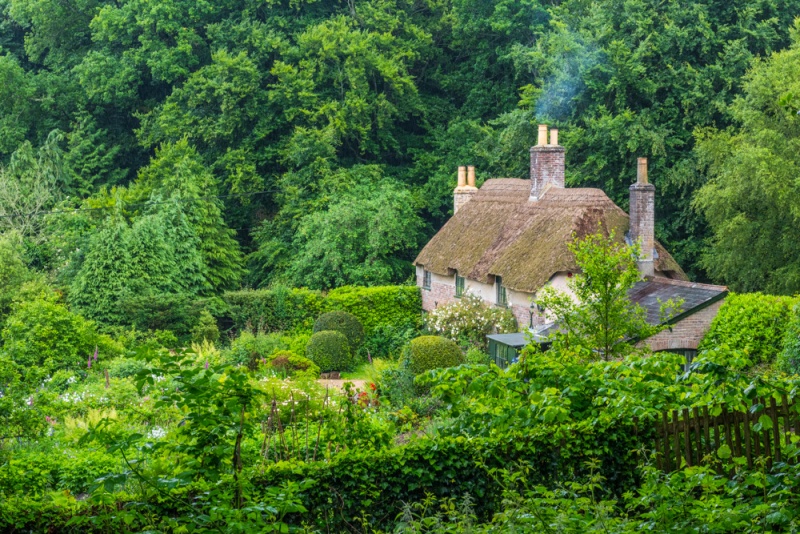 Novelist and poet Thomas Hardy was born in this picturesque thatched cottage in 1840, and it was here that he wrote 'Under the Greenwood Tree' and 'Far from the Madding Crowd'.

Hardy's grandfather built the cottage of cob and thatch in 1800, and this was not only the budding novelist's birthplace but his home for the first 34 years of his life. The interior is extremely simple, with a stone floor and open hearths, with only a meagre light admitted through small windows. It is furnished with furniture typical of the period, though none of it was actually owned by the Hardy family. 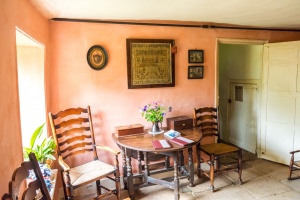 Outside the cottage is a traditional English garden, and behind the house rises Egdon Heath, which features in Hardy's novel The Return of the Native.

In 2014 a new Hardy's Birthplace Visitor Centre opened a short walk from the cottage, with displays on Hardy's life and works, and information about the local area, including the traditional landscape of Dorset that inspired so many of the author's works. The birthplace cottage is just 3 miles from Max Gate, built by Hardy and his wife Emma in 1885, and his home until he died in 1928.

The only access to Hardy's Cottage is a 10-minute walk from the National Trust car park and visitor centre, a route that leads through lovely woodland. A longer circular route takes in a Roman road and paths that Hardy regularly walked with his family.

Your first glimpse of the cottage is through a gap in the trees that looks over the cottage garden. This is one of the most picturesque and quintessentially English views I've ever seen; it is a view that probably hasn't changed in over 200 years.

You have to pass directly through the lushly planted garden to reach the cottage itself. Once inside it is as if you are transported back in time. The door gives access to a narrow passage. To one side is the family parlour, with chairs grouped around a large hearth. To the other side is the kitchen, with a hearth and bread oven backing onto the larger parlour fireplace.

When I visited a costumed volunteer was making cheese, and she showed us how the entire process worked; how to curdle the milk, strain and press it, and how to make butter and whey using the sort of simple kitchen implements that Hardy's family would have used.

From the parlour, you pass through to a small room where Hardy's father worked, and from there a narrow stair rises to the first floor, where three small bedrooms lead from one to the next. All these rooms are very simply furnished, with a simple bedstead, washing stand, and a bureau. Though none of the furnishings is authentic to the Hardy family, they are the sort of furniture that the Hardys would have used.

I loved visiting Hardy's Cottage. It really gives an insight into the author's background, a life that shaped his later writings and an environment that he incorporated into his works.

Do take the time to visit nearby Max Gate, the house that Hardy designed and built for his first wife Emma. Even closer is the church at Stinsford where Hardy's heart is buried beside Emma (the rest of his body is buried in Poet's Corner at Westminster Abbey). 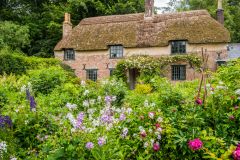 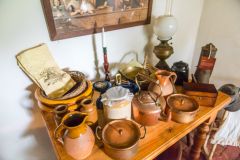 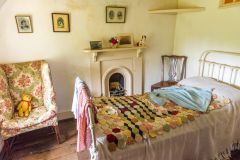 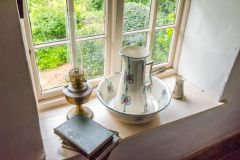 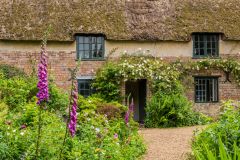 More self catering near Hardy's Cottage >>