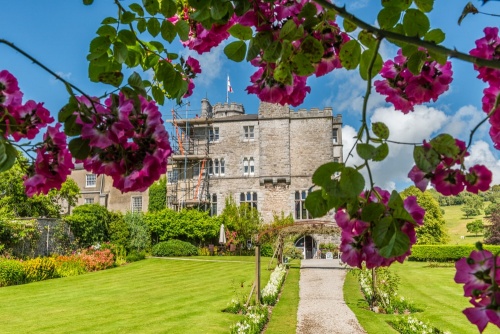 Leighton Hall is a picturesque historic house in Victorian Gothic style with a history going back to at least the 13th century. Records show that Adam D'Avranches had a fortified manor house here in 1246. The present owner of Leighton Hall is descended from D'Avranches, through 26 generations, though the house has been sold twice during its long history.

One of the most famous owners of Leighton Hall was Sir George Middleton, a staunch Royalist in the Civil War. Middleton was knighted and then made a baronet in one single day of fighting at Durham in 1642. He was also the only owner in the history of Leighton Hall to be a Protestant.

Even during the darkest days of the Reformation, the owners of Leighton were Catholics, and there was always a priest in the house, though he often had to be hidden!

The next owner was Albert Hodgson, a Jacobite supporter who was imprisoned during the 1715 Rising in favour of James Stuart. The Hall was burned by government troops and the estate seized. One of Hodgson's friends bought the house at auction and gave it back to him, though it was not until his daughter married a wealthy husband that the Hall could be rebuilt. 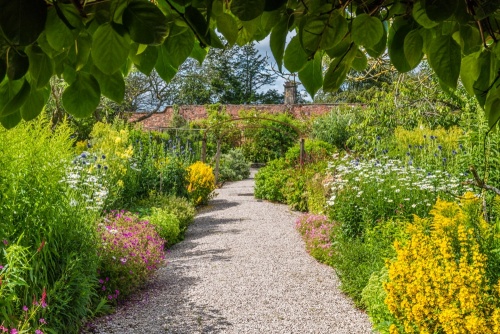 That wealthy man was George Townley, who rebuilt the medieval house in neo-classical style. He also laid out the surrounding parkland, and much of the house and grounds we see today date from Townley's ownership.

The estate eventually passed to Richard Gillow, grandson of the famous furniture maker, Robert Gillow of Lancaster. Richard Gillow renovated the Hall in fashionable Gothic Revival style, and it is this 19th-century facade we see today, though it hides a much earlier core.

Visiting Leighton Hall is very much a hands-on experience; visitors are encouraged to relax in chairs and find a place at the 18th-century table in the dining room. If you play the piano you'll enjoy trying out the family's Steinway Concert grand. As you might imagine, the house is filled with Gillow furniture, but there are also collections of fine art. 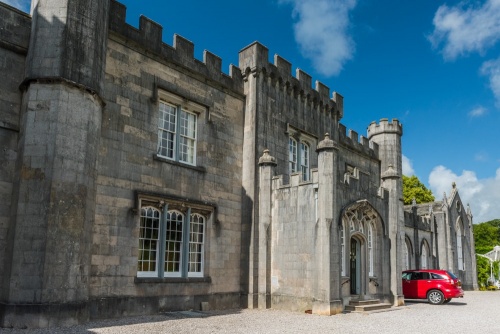 One of the highlights is the sweeping and elegant Flying Staircase, a very early example of Gothic Revival style, with slender pillars supporting a curved stone staircase that seems ready to lift off!

The staircase looks down on a daisy-shaped drop-leaf Gillow table made for gaming at cards. Each table leaf can be folded down individually, leaving an octagonal table. When one of the card-players decided they didn't have a competitive hand they would quite literally 'fold' their table leaf, giving rise to the common expression of 'fold' for giving up on a hand.

Many visitors come to Leighton Hall not only to take a house tour and to explore the gardens but also to enjoy one of the regular birds of prey exhibitions. When we visited the falconer had several birds including a kestrel and a barn owl, which fly on the wide lawn in front of the Hall's main entrance. 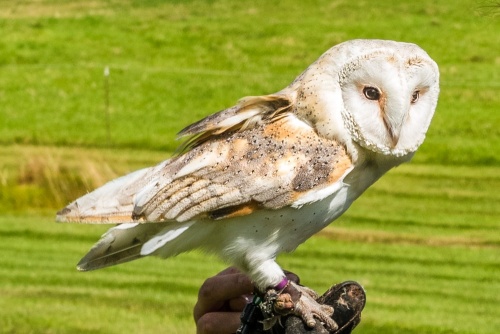 A barn owl in the birds of prey exhibition

The house is open for guided tours only. Tours leave every hour during house opening times. we've taken two of these tours and on both occasions, the tour guide was extremely entertaining and very knowledgeable. You will definitely learn a lot about Gillow furniture and the Gillow family on the tour! Unfortunately, Leighton Hall is a family home so we weren't allowed to take interior photos. 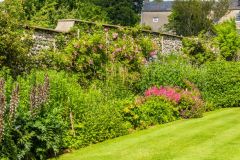 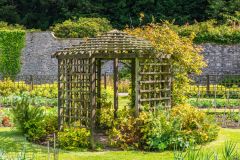 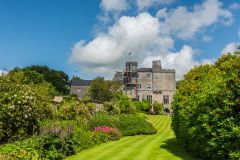 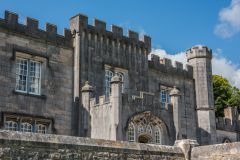 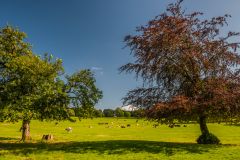 More self catering near Leighton Hall >> 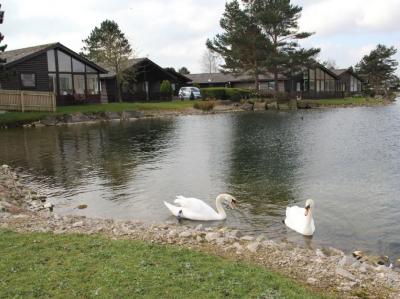 This immaculately-presented, semi-detached cottage is situated in the pretty village of Priest Hutton, near Kirkby Lonsdale, and can sleep four people in two bedrooms.
Sleeps 4