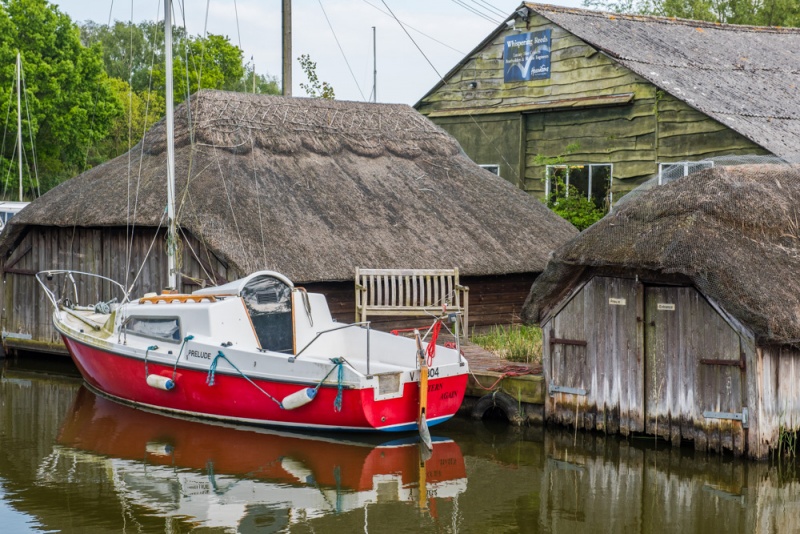 A name known to readers of Arthur Ransome's 'Swallows and Amazons' series, Hickling is a village in the northeast of the Norfolk Broads National Park. Hickling gives access to Hickling Broad, one of the most popular waterways in the National Park for boaters. 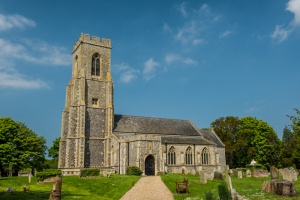 Hickling is also popular for those who enjoy nature, and the Norfolk Wildlife Trust has a nature reserve in Hickling, which covers more open water than anywhere else in the Broads. There is a modern visitor centre giving access to a range of signposted walking trails through the nature reserve. Note that access to the NWT reserve is not free.

Hickling is recorded in the Domesday Book of 1086, and there was a church here at that time. Hickling Priory was founded here in about 1185, on a site removed from the church in the direction of Sea Palling. The priory was granted the right to hold a market by King John in 1204. The market was held near the spot now occupied by St Mary's church and only lapsed in the 18th century. The priory site is on private land and is not accessible to visitors.

The village was hit hard by the Black Death of 1348-50. All but 2 of the priory canons survived, and at least half of the villagers died.

Hickling Broad was formed during the medieval period when villagers cut peat for fuel from the surrounding marshes. The peat diggings flooded, forming the large, shallow body of water we now know as Hickling Broad. The marshes were drained further in the 19th century when Stubb Mill was built. A second mill was erected in 1819 to grind grain.

The old parish church of St Mary is a 13th-century building, on the site of a Saxon church that went back to at least the 9th century. The 14th-century octagonal font is beautifully carved, and there is a 13th-century Sepulchral Slab which was found buried under the nave during restoration. The church stands well north of the main part of the village.

Many visitors come to Hickling for water activities. There is a large boatyard and a waterside pub known as the Pleasureboat Inn on the edge of the broad, with picturesque thatched boathouses lining the waterway. The Duke of Edinburgh and Prince Charles stayed at the inn in 1959 when Whiteslea Lodge, their intended accommodation, was affected by floods. The Prince of Wales returned in 2001 to visit the Norfolk Wildlife Trust nature reserve. 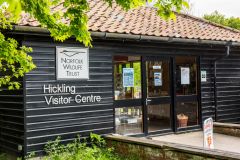 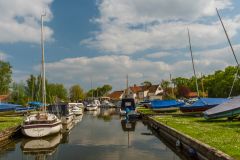 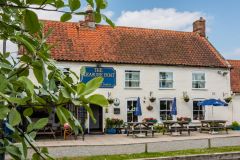 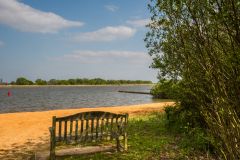 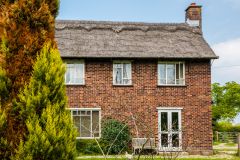 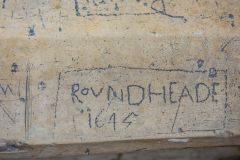 More self catering near Hickling >>

More bed and breakfasts near Hickling >>