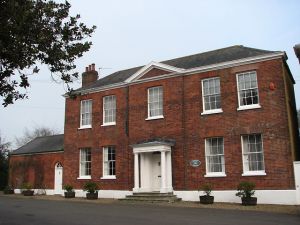 A Georgian House off the green in Hingham

A lovely market town in south Norfolk with a number of attractive Georgian houses about the town green. During the late Georgian period, Hingham became popular with London socialites to the extent that the town became known as 'Little London'.

East Anglia at the turn of the 17th century was a hotbed of religious reform, and the ideas of the Puritans found favour with the residents of Hingham. A former vicar of St Andrew's Church named Robert Peck helped lead a group of Puritans on a voyage overseas to the colony of Massachusetts, where they founded the new town of Hingham.

The Puritans who left Norfolk for the New World were so active in local affairs that their loss led the village to petition to Parliament for aid, claiming the village had been devastated by the loss of their leading citizens.

Two names stand out amongst those who left Norfolk. One was Edward Gilman, whose descendant was Nicholas Gilman, a delegate from New Hampshire to the Continental Congress and one of the signatories to the US Constitution. You can find memorials to the ancestors of Edward Gilman in St Andrew's Church.

The second name to stand out is Samuel Lincoln, ancestor of US President Abraham Lincoln. Samuel Lincoln was born in Hingham in 1622 and baptised in St Andrew's Church. At the age of 15 he was apprenticed to a Norwich weaver named Francis Lawes, and when the Lawes family left for America in 1637 he sailed with them. In 1919 the American ambassador to Great Britain, the Hon. John W. Davis, unveiled a bronze bust of Abraham Lincoln in the nave of St Andrew's.

Hingham's delightful medieval church dates to the 14th century. Unusually, it was built 'all in one go', probably in the 1350s, so that it retains an architectural uniformity, a lovely example of the Decorated Gothic style. The church was erected during the tenancy of Remigius de Hethersett, a rector who died in 1359. The finest historic feature is the Morley tomb on the north sanctuary wall. Built in the mid-15th century, the base of the memorial is an earlier Easter Sepulchre.

Another historic building in Hingham is the White Hart Hotel, built in the 17th century. The hotel facade was plastered in the 19th century and has a fairly obvious statue of a white hart over the entrance, flanked by Tuscan columns. 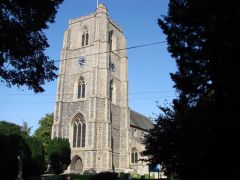 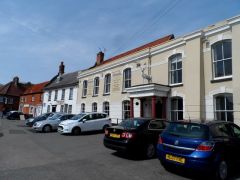 More self catering near Hingham >>

More bed and breakfasts near Hingham >> 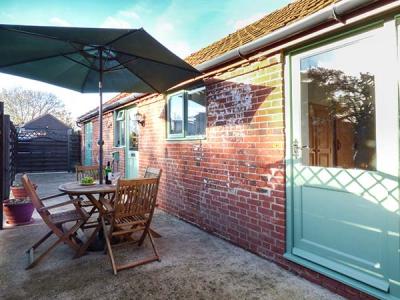 This ground floor rural cottage is in the village of Hingham in East Anglia and can sleep three people in two bedrooms.
Sleeps 3