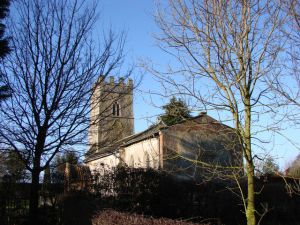 Coston, St Michael's Church
An almost unaltered example of an Early English church, St Michael's at Coston dates to the 13th century. Only the red-brick south porch strikes a bit of a jarring note; this was added in the 16th century.

The church is composed of a nave, south porch, chancel, and very solid looking embattled west tower. The interior is very sparsely finished, but no less attractive for that.

The stone carving is very nice indeed, with fine 13th-century detail around the chancel arch. There is a carved wooden pulpit, reached by a simple stair. There are several box pews that look to be Georgian, and an extremely simple, unadorned 15th-century font.