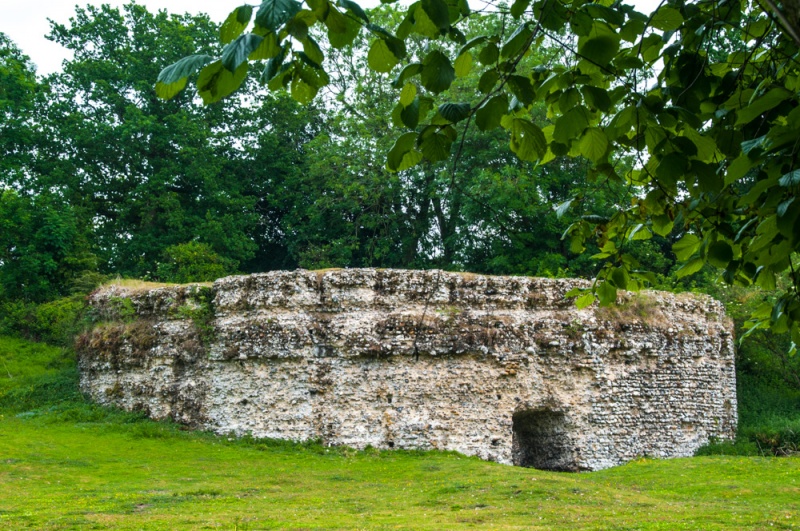 William d'Albini was one of the Norman barons who supported William the Conqueror in his conquest of England in 1066. In gratitude for his support William gave d'Albini vast estates in Norfolk. D'Albini built Castle Rising, near King's Lynn, and to defend his estates in south Norfolk he built a castle at Buckenham, a Saxon settlement south of Attleborough.

In 1145 d'Albini's son, also named William, gave the Buckenham castle to the Augustinian order of canons to help found a new priory, and he began to build a much larger and more ambitious moated fortress a short distance to the south-east. The new location was better situated, on the main road between Thetford and Norwich.

The Augustinians were granted the old castle site on condition that they destroy the defences to prevent them being used by the king's enemies. The canons used the building materials of the old castle to create Old Buckenham Priory. The only part of the priory still standing today is a section of the monastic church.

To service his new castle d'Albini built a planned town, named New Buckenham to distinguish it from the older Saxon settlement. New Buckenham is the only village in England to retain its original street layout. The village was laid out on a regular grid pattern, bounded by its own defensive earthwork wall and ditch. To supply produce for the castle the village was granted a charter to hold a market, a valuable right in those days.

As for the d'Albini's new castle, it was protected by an almost perfectly circular moat, enclosing two outer baileys and an inner bailey. Within the inner bailey was the heart of the castle, a circular stone keep said to be the earliest in England. The keep had massive walls, up to 11 feet thick at the base, and rising to 40 feet high. The keep is built of local flint.

It must have been an extraordinary fortress by the time it was finished in 1176, a statement of the d'Albini's power and influence. As a point of curiosity, the castle is actually in Old Buckenham Parish, but has always been called New Buckenham Castle. 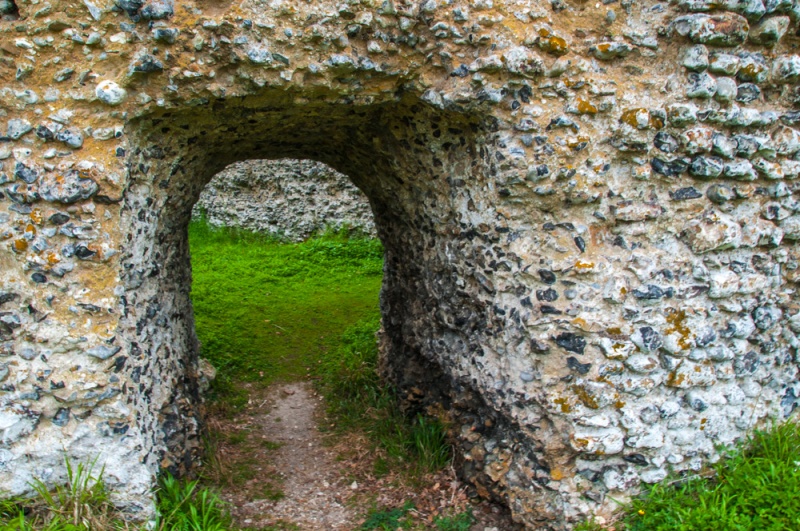 A worn doorway into the keep

And it needed to be strong, for the d'Albini's fell from grace under King John, who, to be fair, was at odds with almost everyone. The d'Albini's initially supported King John in his struggle with the barons that led to the Magna Carta, but they eventually deserted the king and joined his enemies. In response, the king razed the d'Albini lands, but it isn't certain that he actually attacked the castle at New Buckenham.

Rebellious against one king, the d'Albinis stayed loyal to Henry III during Simon de Montfort's Baron's War in 1263. Sir Henry de Hastyngs, a supporter of de Montfort, attacked the castle but was repulsed. He had to content himself with ravaging the countryside.

By 1461 the castle was owned by Sir John Knyvet, a Lancastrian supporter in the Wars of the Roses. The Yorkist king Edward IV sent troops to subdue the castle but they were beaten back by loyal soldiers led by Sir John's wife Alice. According to reports at the time, Alice Knyvet stood atop the castle keep and shouted to the enemy that she would die defending the castle. She had no need to, for the king's men retreated.

Inside the outer bailey wall stood a chapel, dedicated to St Mary. William d'Albini established the chapel to serve the parishioners of his newly planned town. It was served briefly by St James Priory. When the new parish church of St Martin was erected in the 13th century the chapel became a private chapel for the castle residents. The chapel fell out of use during the Dissolution of the Monasteries and was used as a cattle barn.

The medieval fortress was in poor condition by the time of the Civil War. The owner was Sir Philip Knyvet, who paid lip service to Parliamentary support. In 1649 Parliament ordered the castle destroyed, fearing that it might be seized by Royalist supporters and held against them.

As a result, only the lower sections of the keep walls remain, with a few other crumbling sections of wall and the remains of the outer gatehouse. The impressive earth ramparts remain, however, soaring 40 feet above the moat. The earthworks are overwhelmed with trees and undergrowth, but you can climb a set of steps to the top of the ramparts. 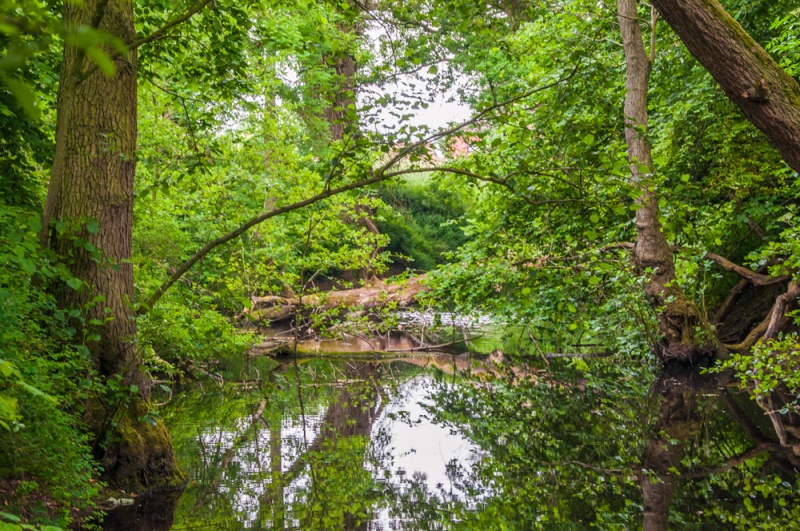 The site is kept locked, but a key is available. As of this writing the key can be obtained from the available from Kings stores in the village, and there is a small fee, which pays for someone to keep the lawns mowed and the pathways usable. As of this writing the stores are open 7-7 Monday-Saturday and 8-12 on Sundays but please note that these hours may change! You can access the moat at any time.

The first time I came to New Buckenham it was late in the day, and I found the garage closed. I had to content myself with following the footpath around the perimeter of the castle site and poking my camera through the locked gate. I was determined to come back at a better time, and managed to make it a few days later.

I was glad I did, for the castle remains are quite impressive. The keep, though its walls are low, gives some idea of how imposing it must have been when new. What really struck me was the size of the earthworks and the circular moat. New Buckenham Castle must have been an extraordinary place when it was new, a statement of the d'Albini lords power and prestige.

Do take some time to wander about the village and see if you can make out the original grid-pattern of streets laid out in the 12th century. On the green is a picturesque timber-framed market hall, complete with an old set of stocks.

Remember, Remember ...
As an added note, a local legend says that the castle was where the Gunpowder Plot of 1605 was hatched. 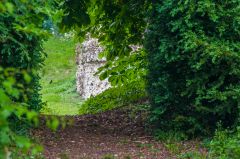 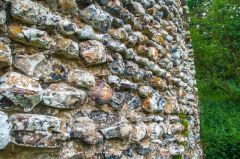 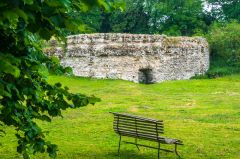 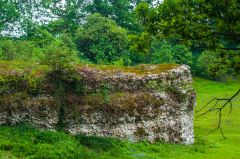 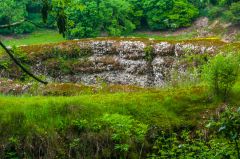 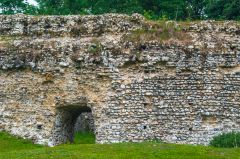