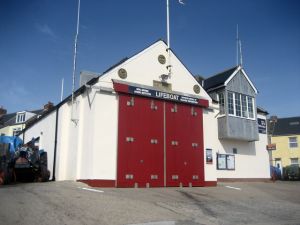 A small coastal village in southern Northumberland, Newbiggin was the terminus of the first telegraph cable to Scandinavia. Newbiggin was once a shipping port, then a seaside resort, but now depends more on fishing, pleasure boating, and tourism.

An old tradition says that the settlement was originally known as South Wallerick, but after a Danish attack in AD 875, the town was rebuilt and called Neubegang, or Newbiginning, suggesting a fresh start. Unfortunately, the old tale is incorrect and confuses Newbiggin-by-the-Sea with Alnmouth, which was once known as Newbiggin. In this case 'biggin' does not refer to a beginning, but to the Old English word for a house, or building.

Newbiggin was an important port in the Middle Ages; only Hull and London shipped more grain. As a result of its medieval wealth, Newbiggin was granted a weekly market and a yearly fair by Henry III. By the 19th century, the town was beginning to draw visitors to its sandy beaches, and visitor facilities such as hotels and bathing facilities grew up to serve the holidaymakers.

There are two historic churches in town; Woodhorn Church and St Bartholomew's. The older of the two churches is Woodhorn, begun around AD 700. Though now redundant, it is occasionally open for special events.

The parish church of St Bartholomew probably dates to the 11th century, but the present building is largely 14th century. The church stands on Church Point, near the sea cliffs. The main historic interest is a set of eight complete medieval cross slab grave covers found during restoration in 1912. The grave slabs are set into the north aisle wall.

Newbiggin is known for its rather unusual restored beach. The old beach gradually suffered from erosion and diminished alarmingly until a recent project has rebuilt the beach using half a million tonnes of sand imported from Skegness, in Lincolnshire. Part of the beach restoration included a new breakwater, decorated with a modern sculpture by Sean Henry called The Couple.

The Newbiggin Maritime Centre centre stands at the end of the promenade, featuring exhibits on local history and maritime heritage. The heritage centre tells the story of the town's connection to the development of the telegraph. In 1868 a telegraph cable was laid from Jutland in Denmark to Cable House in Newbiggin. 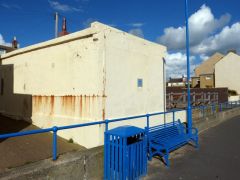 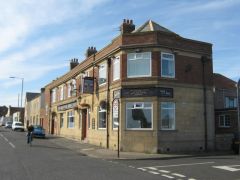 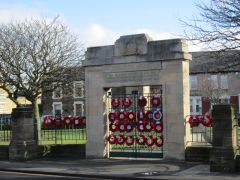 More self catering near Newbiggin-by-the-Sea >>

More bed and breakfasts near Newbiggin-by-the-Sea >> 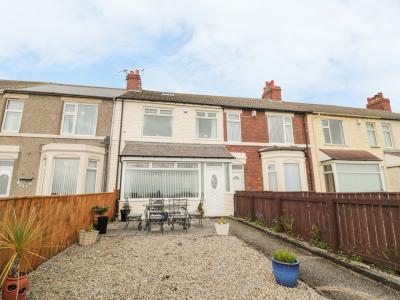 This mid-terrace cottage rests within Newbiggin-by-the-Sea and can sleep up to five people, in three bedrooms.
Sleeps 5 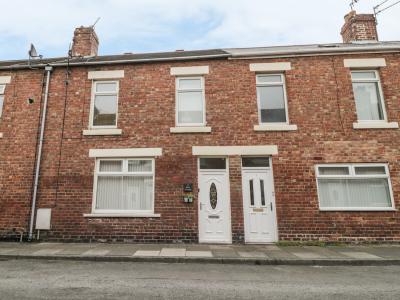 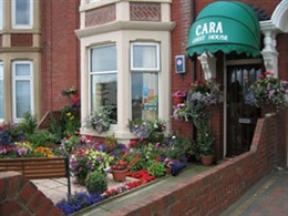