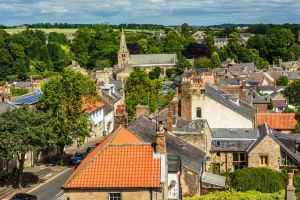 Warkworth village from the castle

Warkworth is a very attractive village in mid-Northumberland, occupying a loop of the River Coquet, about one mile from the sea.

On a high rise above the river stands the medieval stronghold of Warkworth Castle, a fine Norman fortress, home to the powerful Percy family, Dukes of Northumberland. The castle features prominently in Shakespeare's play 'Henry IV'. The castle may have been founded by Prince Henry of Scotland or by Henry II of England. The first written record of a castle comes from 1157.

King John visited Warkworth in 1213 and Edward I followed in 1292. The castle withstood two Scottish sieges, and later passed to the crown. It fell into decay in the 18th century but was rescued by the 3rd and 4th Dukes of Northumberland. It is now in the care of English Heritage.

A lovely walk along the river from the castle brings you to the Hermitage, a chapel carved from the solid stone of a cliff face. The Hermitage is accessible only by boat from a mooring on the east bank. The story goes that the chapel was built by a knight named Sir Bertram, in memory of his lost love and his brother. Sir Bertram lived the remainder of his life in the Hermitage. Look for a carved figure of the Virgin Mary on a window sill inside the chapel. 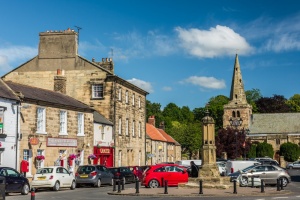 The name Warkworth probably derives from the Saxon for 'the enclosure of Werce'. There has been a settlement here since at least the 8th century, when King Ceowulf gave the church at Warkworth to the monks of Lindisfarne.

The parish church of St Lawrence stands at one end of the market place and boasts one of the longest naves in the country. It stands on the site of an 8th-century wooden church built by monks of Lindisfarne.

Viking raiders destroyed that early building in AD 875. It was rebuilt in stone in the 9th century and foundations of that pre-Norman building were discovered during archaeological investigations in 2008. Inside the church is an effigy of a 14th-century knight.

At the northern edge of Warkworth is a lovely medieval bridge, built in the late 14th century to replace an earlier stone bridge. A fortified tower, later converted to become a tollhouse, defends the southern end of the bridge. The cobbled bridge surface is just 11 feet wide and has two pedestrian refuges built into triangular cutwaters. The medieval bridge continued in use until a modern bridge was opened beside it in 1965. 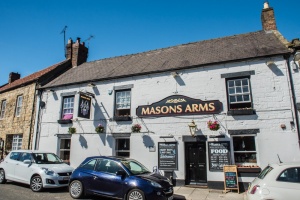 On one side of the market place stands the Mason's Arms, an attractive historic pub that has a surprising link to the first Jacobite Rebellion. It was here in 1715 that the rebels dined before publicly proclaiming James Stuart the rightful King of England.

On the evening of 8 October 1715, the Earl of Derwentwater and 40 of his supporters dined at the Mason's Arms. The next morning, following a service at St Lawrence Church, the 'Old Pretender' was declared king by Thomas Forster, MP for Bamburgh. A timber beam in the bar of the Mason's Arms records the gathering of the rebels.

The River Coquet is a popular salmon fishing river, and by tradition, the first salmon caught every year is presented to the Duke of Northumberland. 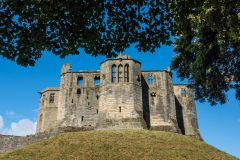 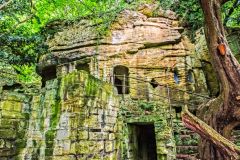 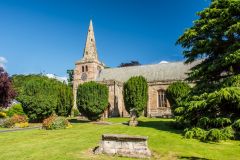 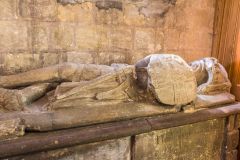 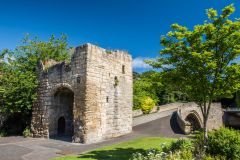 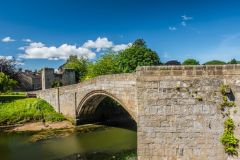 More self catering near Warkworth >>

More bed and breakfasts near Warkworth >> 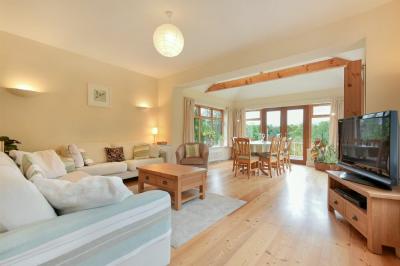 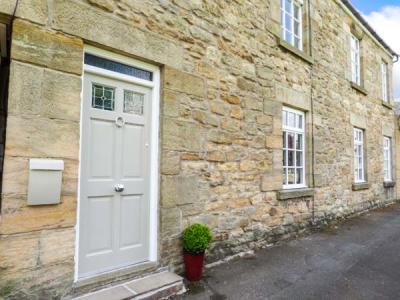 This all ground floor apartment is set in central Warkworth and sleeps four people in two bedrooms.
Sleeps 3 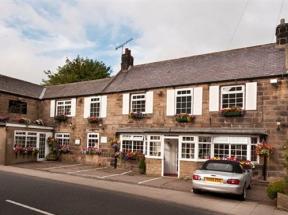