HERITAGE HIGHLIGHTS:   Tombs of the Earls Grey of Howick Hall 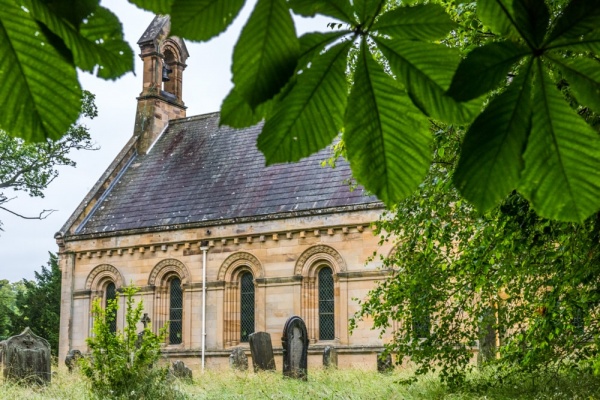 In a wooden glad within the grounds of Howick Hall stands the beautiful Victorian church of St Michael and All Angels, Howick. Though the church is 19th century, the parish of Howick dates back to at least 1158 when a priest named Asket is recorded. Though Asket is the first documented priest it seems certain that there was a church here long before his time.

In 1746 a fire destroyed the Norman church and it was replaced by what the church guide calls 'a curious Ionic temple'. That 18th-century building burned down in turn and was replaced by the present church in 1848.

The architect of the present building was FJ Francis, who chose to create a typically Victorian building in Neo-Norman style, with round-arched Romanesque windows and doors. Francis extended the church westward by one bay and added the bell-cote over the west gable. The walls are made of beautifully golden sandstone with plaster rendering inside. The roof is covered with Westmorland slate. 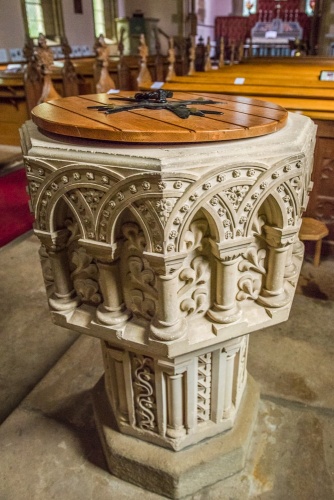 St Michael's is closely linked to the Greys of Howick Hall, and many of the Grey family are buried in the churchyard. The most famous of the Greys associated with Howick was the 2nd Earl, who served as Prime Minister from 1830-1834. It was during his term in office that the Great Reform Bill of 1832 was passed, paving the way for representative democracy.

The 2nd Earl is best-remembered today not for his political achievements but for the tea that bears his name. Earl Grey tea was made with bergamot to counter the lime taste of water from the well at Howick Hall. Lady Grey served the special blend to entertain her guests in London, and it became so popular that Twinings was allowed to sell it, using the Earl's name.

Another Grey memorial inside the church is that of Admiral Frederick Grey (d 1878) the third son of the 2nd Earl. On the wall is an understated plaque to Charles, the 5th Earl, who laid out the gardens that surround Howick Hall.

The 2nd Earl's monument is on the south wall, opposite the pulpit. In the late 19th century a Gothic canopy was added to the memorial, but the 5th Earl disliked it so much that he took a hammer and chisel and destroyed it. 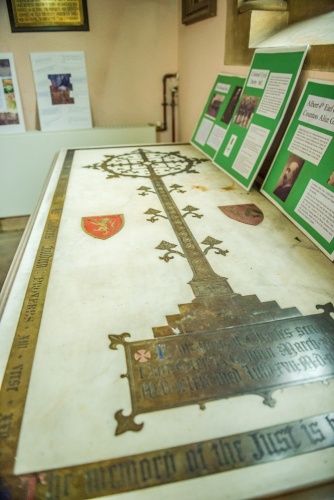 Also on the wall is a memorial to Charles Grey, son of Major General Charles Grey, who tragically died in 1855 at the age of five years.

The Greys did more than just attend church here; Maria, 3rd Countess Grey, was an accomplished sculptress and artist. She carved the gargoyles that decorate the exterior north wall.

Mabel, the 5th Countess, commissioned the paintings behind the altar and the font. The church guidebook has a rather dim view of the paintings, saying 'they are not regarded as a success'.

In the churchyard are the graves of five French sailors lost when the Tadorne ran aground off Howick in 1913. The story of the Tadorne was covered in the Channel Four TV series 'Britain at Low Tide', Episode 1.

Attached to the church exterior is an understated war memorial dedicated to the memory of seven men of the parish who lost their lives in WWI.

The church is regularly open to visitors and was open when we visited on a tour of Howick Hall Gardens. If you come in spring you will find the churchyard covered in snowdrops. Though the church is often mistaken for an estate chapel it is a fully-fledged parish church. 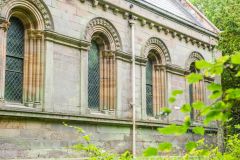 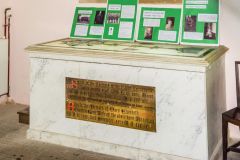 The Tavern - Steakhouse and Lodge - 4.8 miles
Alnwick, Northumberland
Stay from: £30.00