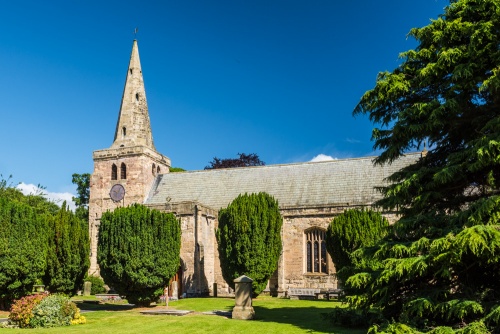 Most people visit the historic Northumberland town of Warkworth to see the superb medieval castle. That's understandable, but don't leave without seeing another historical treasure; the 12th-century church of St Lawrence, which stands in a lovely location beside the River Coquet.

There has been a church in Warkworth since at least AD 737 when King Ceowulf of Northumbria granted it to the monks of Lindisfarne Priory. That 8th-century timber church was probably destroyed in the Viking raids that damaged Lindisfarne itself in the 9th century.

The timber church was rebuilt in stone, but no trace of that first stone church remains. We do know that its altar stood beneath the present chancel arch.

It was replaced by the present stone building in 1132, around the same time as Warkworth Castle was begun on the hill above. The church was intended not only as a place of worship but as a place of refuge in times of war. The nave is narrow and high, with extremely thick walls and slit windows, reminiscent of military construction. 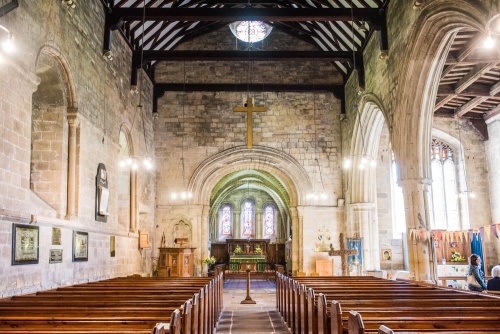 Those thick walls did not protect the church in 1174 when Scottish troops under the Earl of Fife rampaged through Warkworth. Three hundred residents took refuge in St Lawrence's Church but the Scots set fire to the town and slaughtered the inhabitants, including all those inside the church.

In 1715 St Lawrence Church played a part in the dramatic Jacobite Rising which aimed to put James Stuart, the Old Pretender, on the throne. Jacobite soldiers under General Forster marched south from Scotland and occupied Warkworth. They asked the vicar, Reverend William Ian, to pray for Stuart at morning prayer.

The vicar refused, whereupon the rebel's chaplain read the morning service and preached a sermon of such passion that General Forster assembled his troops in the market place and proclaimed James Stuart monarch as King James III. Warkworth thus became the first market town in England to proclaim Stuart as the King.

It was a much calmer scene in 1761 when John Wesley preached a sermon from the pulpit of St Lawrence's Church. He recorded that the congregation was 'quiet and attentive'. 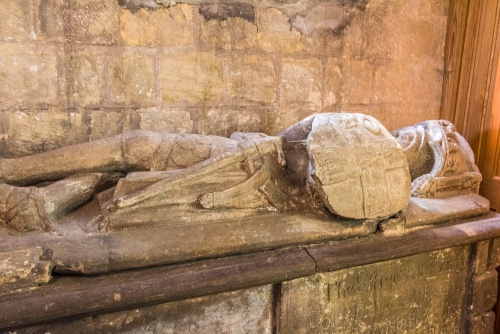 The medieval effigy of a knight

Before entering the church look for the church clock. It was installed in 1865 and has a clock face made of slate. The clock has to be wound by hand every week, with 52 turns of each weight that controls the hours, quarters, and the clock mechanism. It is no easy task and requires someone to climb a spiral stair of 64 steps to the belfry followed by 17 steps up a ladder to an external balcony.

The south aisle was built by the Percy Earls of Northumberland in the 15th century and boasts its original timber beams. The 15th-century pillars stand on the original Norman outer wall. The east window of the south aisle has fragments of medieval stained glass.

In the Lady Chapel are a pair of piscinas set into the wall. These probably marked the location of secondary altars for Percy family chapels.

The altar rails were installed in 1710 only to be removed in 1860. They were discovered in the tower in the early 20th century and reinstalled. On a window ledge in the south wall is a fragment of an ancient cross head and beside it is the oldest carving in the church, a fragment showing Celtic chainwork that has survived from the Saxon church. 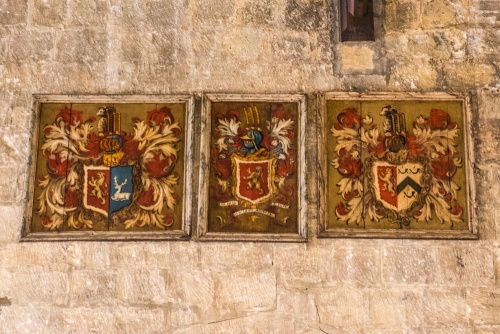 Near the south door is a medieval knight's effigy resting on a 17th-century table tomb. The effigy shows the knight in a traditional cross-legged pose with his feet resting on a carved lion. Local tradition suggests that this is Sir Hugh de Marwick, but the knight's shield bears the arms of the De Aubyn family of Durham.

Over the chantry is a royal coat of arms to James II, with the date 1685. on the south wall are coats of arms of the Grey family.

St Lawrence' is a delightful church full of historical interest. It is well worth taking the time to explore. It is a 5-minute walk downhill from the castle entrance, just off the historic market place. 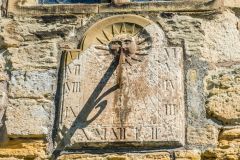 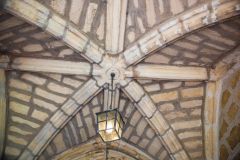 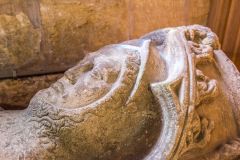