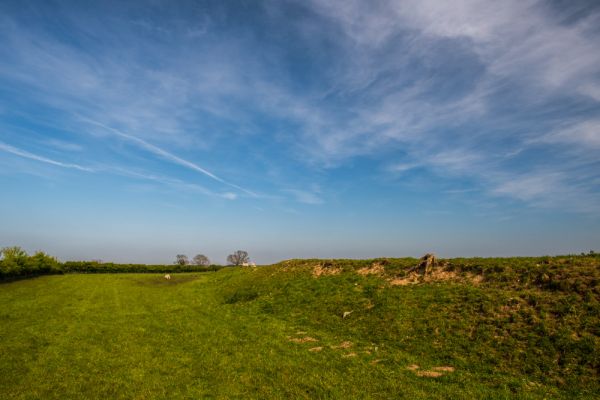 Bloodgate is an Iron Age hillfort, located on a hill above the village of South Creake. It is unusual to find Iron Age forts in Norfolk, and Bloodgate Hill is one of the best. The origin of the name 'Bloodgate' is unknown, and it is unlikely to denote anything remotely bloody!

The fort is almost completely circular, with a smaller ring within the perimeter, from which Iron Age pottery has been recovered. A cattle bone recovered from the bottom of the earthwork ditch was carbon-dated to 280 BC, suggesting that the site was occupied at least 300 years prior to the Roman invasion of Britain. The fort interior was laid out symmetrically, with an entrance in the east.

The earthwork banks, now so low as to be hard to pick out in places, were originally topped by a timber palisade. Internal fences converged to meet at a central ringed area, probably used as a setting for community gatherings and ceremonial observances.

The area outside the central ring-ditch was probably used for storage, emergency shelter, and everyday activities. In other words, the hillfort is unlikely to have been a settlement, but a place for communal gatherings, perhaps for a purpose as mundane as a regular market.

The Norfolk Archaeological Trust has purchased seven hectares of land around the hillfort to protect it from the ravages of ploughing, and the site is accessible at any time.

Don't rely on the postcode for Bloodgate Hill to find the site with a satnav. My generally reliable satnav sent me well past the site. There were no apparent signposts until you get directly opposite the entrance, which is a short distance along Bloodgate Hill road, southwest of South Creake, on the way to Syderstone.

There is a small parking area and an informational panel explaining the history and layout of the site. It is just as well the panel is there, because it is rather difficult to make out the features of the relatively flat landscape. For although Bloodgate Hill has been thoroughly excavated, the site was then filled in to protect the remains.

As a result, you can see very little more than a slight rise where the fort's earthworks run. The earthwork bank is most obvious in the north-east corner, where you can make out a second earthen bank outside the first. The rest of the earthwork is difficult to make out beyond a slight discolouration in the relatively flat field.

Bloodgate Hill is not spectacular, but it is interesting. The builders of the fort obviously took advantage of whatever elevation they could find in the relatively flat Norfolk landscape, and though it is not impressive to modern eyes, it must have been far more imposing when it was built.

I also recommend good waterproof footwear, for the ground can be a bit wet in places. When I visited there were sheep grazing in the field, and they did not seem best pleased to have me for company. 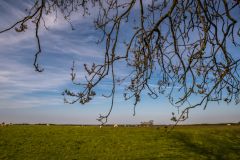 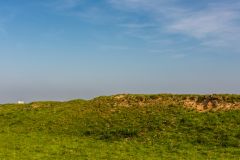 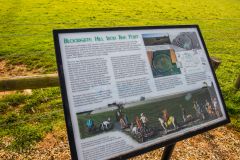 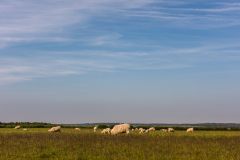