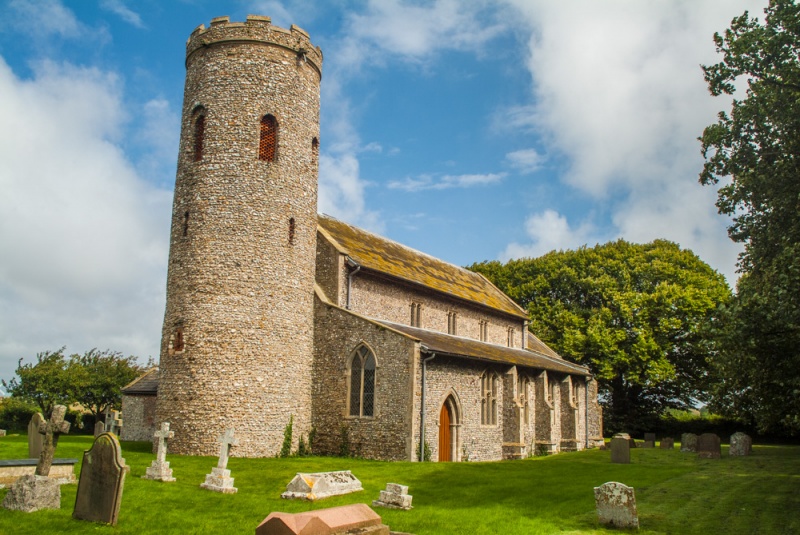 St Margaret's church stands on a hilltop well south of the village it serves. In fact, the church is much closer to Burham Market than it is to Burnham Norton.

Like its nearby neighbour of St Mary's church at Burnham Deepdale, St Margaret's boasts a round west tower, and like St Mary's there is debate over just how old the tower is. Traditional historians date it to the Saxon period, but more recent surveys suggest a date somewhere around AD 1090, some 4 decades after the Norman Conquest. It could very well be that the church is Norman, but built by a Saxon mason using traditional techniques.

The oldest historic feature is a Norman font. Like the Labours of the Months font at Burham Deepdale, the font is square, supported on a large central stem and four slender corner columns.

Unlike its counterpart, St Margaret's font is comparatively plain; its sides are carved with blind arcading, chevron and diagonal crosshatch patterns, while the legs with chevrons, vertical stripes, and barley-twist style decoration. Unlike most Norman fonts, the legs are more richly carved than the font bowl.

Above the chancel arch are traces of medieval wall paintings and between the chancel and nave is a badly defaced medieval rood screen. The painted panels have been almost completely obliterated, leaving us to guess at what they depicted. The screen bears an inscription to William Groom and the date 1458. Beside it are the remains of the medieval rood stair, with some original encaustic tiles. 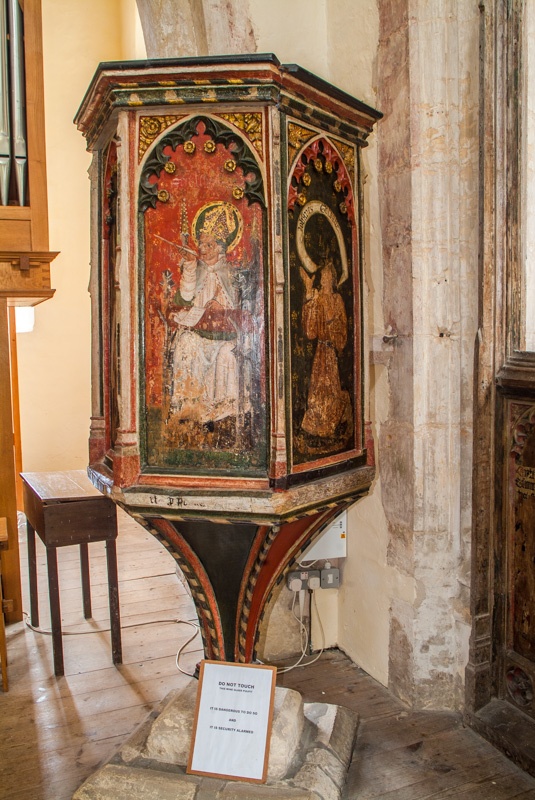 The real treasure of St Margaret's church is the wonderfully decorated hexagonal wine glass pulpit, which somehow escaped the worst efforts of the Reformation iconoclasts. But how did such obviously Catholic images escape destruction?

The painted panels are so richly coloured and in such good condition that the pulpit has been called the finest medieval example in England. The pulpit was the gift of the Goldalle family in 1450.

Four panels depict the 'four doctors' of the Church. These were not doctors in the sense of physical healers, but theologians whose writings were considered especially important in early Christian thought. For that reason, each 'doctor' is shown with a quill pen and a manuscript.

One painted panel shows St Augustine regarding his pen, a manuscript on his lap. Another shows St Ambrose reading a scroll. A third panel depicts St Gregory writing on a scroll, and the fourth panel depicts St Jerome mending his quill pen. Curiously, St Jerome is shown wearing a Cardinal's hat, which did not exist at the time he was alive (c. 347-420). Obviously his likeness is very much medieval symbolism rather than any attempt at realism.

The final two panels show the donors responsible for the pulpit, Johannis (John) and Katherine Goldalle (Goodall). Perhaps John Goldalle was trying to buy spiritual favour by donating the pulpit, for local records show that he was arrested in 1446 for stealing oysters from the nearby salt marshes.

There are several good 17th and 18th-century grave slabs, and early 19th-century Commandment boards. The royal coat of arms is fascinating. It shows the arms of George IV, but beneath are the arms of William III, which in turn were painted over the arms of Charles II.

Beside the church door is a small medieval wafer oven, looking like a stone cupboard, and in the churchyard is a memorial to Richard Woodget, master of the famous clipper ship, Cutty Sark, who died in 1925. The Woodget memorial is easy to spot; there is a large stone carving of a ship's anchor wrapped with rope, lying flat above a small stone plaque.

St Margaret's is a beautiful church in a lovely rural location. It is well worth seeking out just for the magnificent 15th-century pulpit. Though most people will probably come by road, there is a footpath linking the church to the ruins of Burnham Norton Friary to the east. 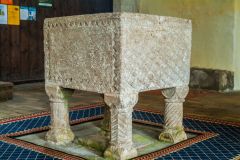 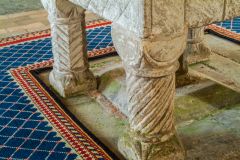