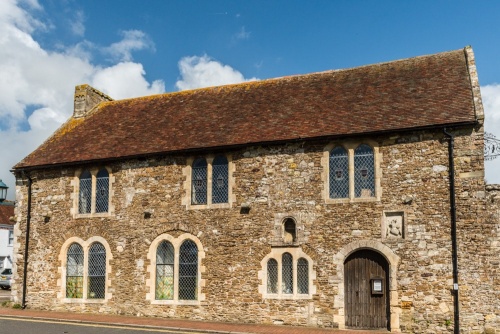 Exhibits cover civic regalia dating from the 15th century and including a silver mace used by the Winchelsea sergeant at arms. There are displays of local pottery, pictures, old photographs, scale models and civic seals.

One of the most unusual items on display is a list of Mayor of Winchelsea painted on boards. The list is complete as far back as 1430, and partially complete to 1295, making it one of the most complete and impressive records of Mayors of any British town. It was in 1295 that the first Mayor was chosen, replacing the King's Bailiffs who had administered the town before that date.

The museum occupies a large first-floor chamber in the historic Court Hall, one of the oldest buildings in town. 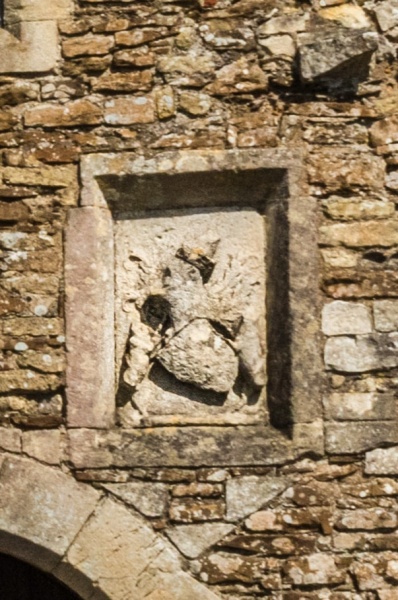 Coat of arms on the south wall

The Court Hall was probably built in the 14th century and altered in the 15th century to its current state. It stands two storeys high and is built of stone rubble under a tile roof, with gables at the east and west ends. Oddly, there are four corbel brackets protruding from the south wall.

There is a 13th-century doorway in the east wall - probably reset from elsewhere. The interior is timber-framed with a 15th-century crown-post roof.

The building was used as Winchelsea's town hall from 1557 and the official Mayor of Winchelsea is elected here in an annual ceremony held on Easter Monday. The Court Hall stands opposite the parish church of St Thomas the Martyr, built, like Winchelsea itself, by Edward I.

The museum has seasonal opening hours and it is always best to check the official website (below) before planning a trip.