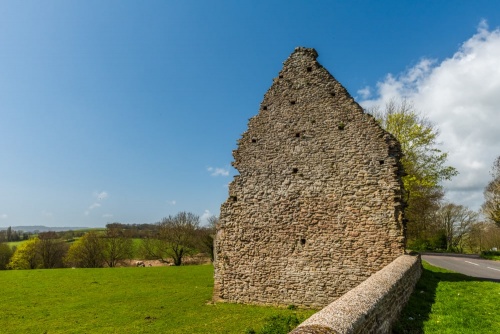 In a field at the southern edge of historic Winchelsea stands a gable wall, all that remains of a medieval almshouse known as St John's Hospital.

St John's Hospital was built in the final years of the 13th century, shortly after the planned town of Winchelsea was built on the orders of Edward I to replace the old town, which was lost to coastal erosion.

Unlike a traditional hospital, St John's acted as an almshouse, offering accommodation and care to local residents who had fallen on hard times in their old age. Its remit was to care for old and infirm local people, not simply to care for the sick.

St John's was one of three such almshouses in Winchelsea, all of which were located in the southern area of the town. There are no remains of the other two almshouses, Holy Rood and St Bartholomews, both of which stood in the same area of town. It seems likely that St John's was the most important of the three. 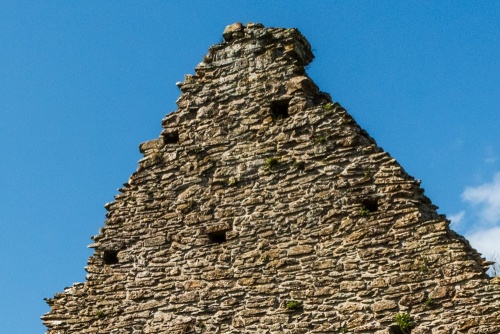 It isn't clear exactly when or by whom the hospital was founded, but we do know from the historical record that the brothers and sisters of St John of Winchelsea received rents from properties in Great Yarmouth. These rents totalled 31s 6d in 1292.

The hospital was under the control of the Mayor of Winchelsea, who was compelled to visit at least once a year and had the power to expel any inmate he deemed objectionable. The Mayor along with the jurats (sworn officers) cold admit as a hospital resident any poor man or woman who was deemed to have been 'in good love and fame all their time'. In other words, people of good character.

There is no record of when the Hospital was suppressed, but we do know that it was dissolved by 1586 when its lands, amounting to 10 acres, were granted to the town corporation. 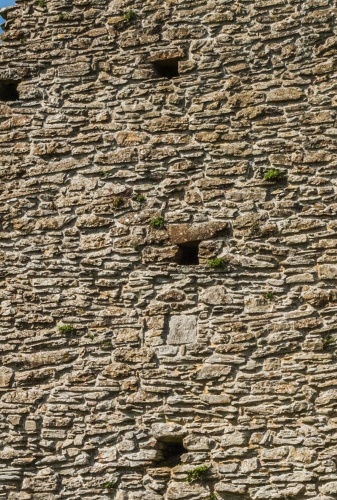 Look for the joist holes

Very little of the Hospital remains above ground. Having said that, the remaining wall is in extremely good condition and stands to its full height. You can clearly see a number of recesses in the stone, used to support roof timbers and ceiling joists.

Archaeological investigation in 2004 found foundation footings and exposed the floor level, roughly c.600-650mm below the present ground level. Parallel to the western face of the wall was a trench that may have functioned as a drain.

There is a useful information panel beside the existing wall, explaining features in the landscape, where turf-covered mounds hide the remains of the southern suburbs of Winchelsea which were abandoned following French attacks in the Hundred Years War. 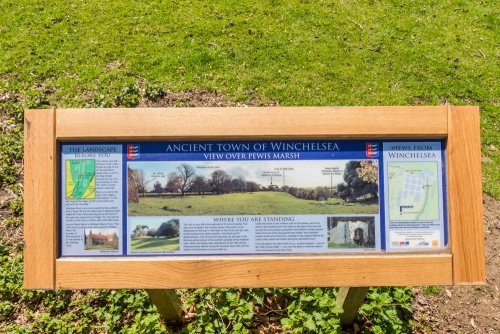 St John's Hospital stands at the junction of Monk's Walk and Wickham Rock Lane, where Monks' Walk bends west before joining the A259 (Hastings Road). It is extremely easy to reach on foot from Winchelsea town centre.

If you follow Wickham Rock Lane for another few hundred yards you come to the impressive remains of New Gate, one of the three surviving medieval gates to Winchelsea. It was through New Gate that the French entered the walled town in 1380.