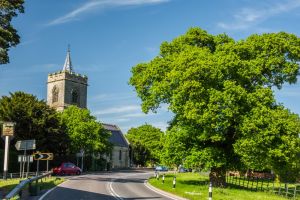 This oddity is explained because the 'upper' in this case refers to the importance of the village, not its location.

There are three pubs, two churches, a village shop, and a number of historic, listed buildings within the parish. At Plummer's Plain is a spring that eventually becomes the River Ouse.

The village probably dates to the 13th century when monks from Sele Priory in Beeding began a mission to evangelise around St Leonard's Forest near Horsham. The monks established a base to serve their mission and called it Lower Beeding after their base at Beeding. 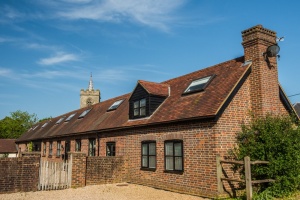 A pretty cottage near the church

To differentiate the two villages the prefix 'Upper' was added to indicate the importance of the original Beeding settlement. This link between the two villages explains why Lower Beeding was a part of Upper Beeding parish until the 19th century, even though it was 10 miles away.

St Leonard's Forest was a wild and lawless place until well into the 19th century. The Forest was a haunt of smugglers and disputes were settled by force rather than the law, which was almost non-existent. The local inhabitants were reported to be notorious for their violent conduct, and the parish was deemed 'the resort of the idle and worthless from the surrounding neighbourhood'. Thankfully, things have improved since that time.

The parish church is dedicated to the Holy Trinity and stands on the north side of the B2110 - the main road through the village. It was built in 1840 under the patronage of Robert Aldridge, the largest landowner in the area. Just 22 years later it was deemed too small and a pair of side aisles were added. In 1866 the first vicar was named, and in 1885 Lady Loder of Leonardslee gave money for the pulpit and choir stalls.

Just outside Lower Beeding lies Leonardslee Gardens, a 240-acre valley garden known for its spring displays of camellias and magnolias. And only three miles away is another of Britain's best gardens, Nyman's, where you will find glorious rose gardens. 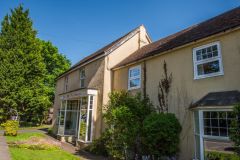 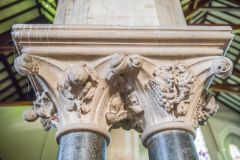 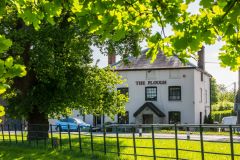 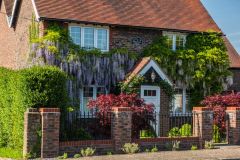 More self catering near Lower Beeding >>