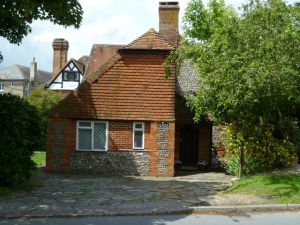 Upper Beeding is a village on the River Adur, opposite Bramber, and just within the South Downs National Park boundary. There was a priory here during the 11th century, but no trace of it now remains. There is a modern nunnery, but that is not generally open to visitors.

Beeding (the locals often drop the 'Upper' part of the name) first enters the history books in AD 858 when Aethelwulf, father of Alfred the Great, died here. The king was buried across the River Adur in Steyning. After the Norman Conquest, the manor was granted by William the Conqueror to William de Braose. De Braose rebuilt the Saxon church in 1073, giving us the present St Peter's church.

De Braose also founded Sele priory for a small group of French monks, and the monks shared St Peter's church with the local community. The monks established an outlying priory at Lower Beeding, nine miles away.

In 1208 the Archbishop of Canterbury got fed up with the locals not paying their share for upkeep of the church. He threatened the entire village with excommunication, and the villagers gave in. The extra funds must have helped them to completely rebuild St Peter's church, a process that was finished exactly 100 years later, in 1308.

The priory stood on the site now occupied by the old vicarage, now called The Priory. When the Priory was dissolved in 1538 by Henry VIII the church was saved because it also served the local population. 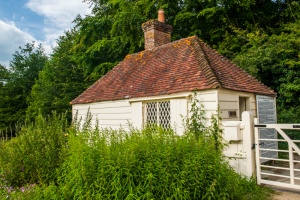 Beeding toll cottage, 1807, at the
Weald and Downland Museum

St Peter's, or, as it is sometimes known, Sele Priory Church, was influential in the spread of Tractarianism in the 19th century and adopted the 'country Catholic' tradition popularised by the Oxford Movement.

During the medieval period, a busy toll road ran through Upper Beeding, and the toll house was one of the last such houses to be in service in the country. It was later dismantled and re-erected as part of the Weald and Downland Open Air Museum.

There are 2 pubs in the village, the King's Head and the Rising Sun. The King's Head goes back to at least 1788 when Burbeach Hundred Court met there. During the 1920s the church vestry group also met at the pub. The Rising Sun was built in 1857 as a brewery but is now a family-oriented pub, popular with walkers and cyclists.

At nearby Saltings Field is a wildlife conservation area where you can see remains of salt-making industry begun in the 13th century. Another natural area is Tottington Woods in Small Dole, a 13-acre community woodland. 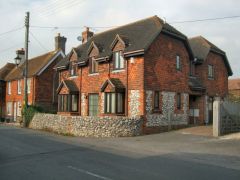 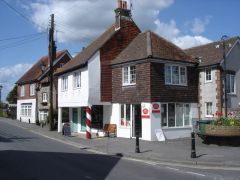 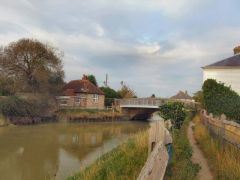 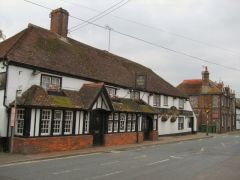 More self catering near Upper Beeding >>