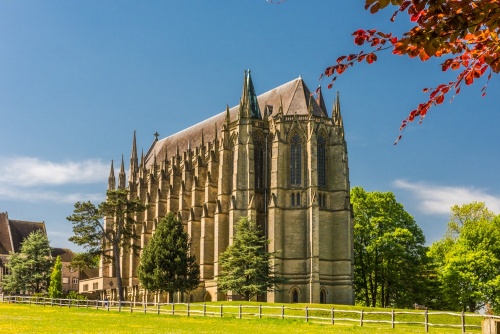 On a hill overlooking the busy A27 north of Shoreham stands Lancing College, an independent boarding school for boys and girls aged 13-18. Soaring above the college buildings is the Gothic Revival chapel, the largest school chapel in the world, with a nave reaching 90 feet to the highest part of the vault. That height means that it is surpassed only by Westminster Abbey and York Minster (some sources list a few more cathedrals topping 90 feet interior height).

This extraordinary building is as impressive as a Victorian cathedral and one of the finest examples of 19th-century architecture in Britain.

In 1848 Canon Nathaniel Woodard, the curate of Shoreham-by-Sea, founded a boarding school dedicated to St Nicholas and St Mary. Woodard was the author of 'Plea for the Middle Classes', where he put forward the idea that the country needed more - and less exclusive - independent schools with a strong religious emphasis based around the Book of Common Prayer. It was the first of several schools founded by the Woodard Corporation.

In 1857 the school moved to its present location on Lancing Hill, on the west side of the Adur Valley. 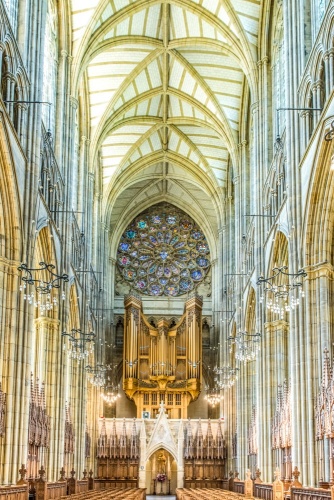 Woodward had very strong views on the importance of 'correct buildings' in getting across his educational and religious values. In practice that meant adhering to the Gothic Revival style, closely following the Early English Gothic architecture of the 13th century though with French influences. In essence, that means the Chapel is designed with pointed arches, intricately vaulted roofs, slender buttresses, large windows and spires.

Woodard called on the architect RC Carpenter to design the college buildings. In 1868, 20 years after the school had been founded, the chapel was begun under the direction of Carpenter's son RH Carpenter and his partner William Slater. The Master Builder in charge of construction was the college founder's son, William Woodard. Stone came from the College's own quarry at Saynes Hill.

The Chapel was not just the place of worship for the College but acted as the minster, or mother church, for all the schools founded by Woodward. 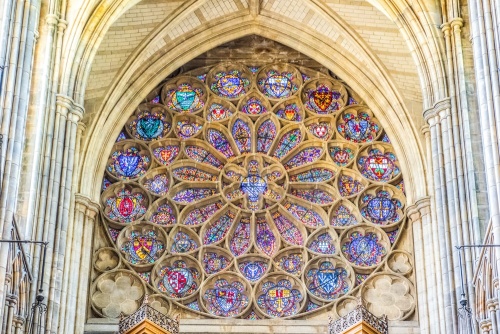 The chapel's foundation stone was laid in 1868 and the chapel was dedicated in 1911. The construction was done by a team of resident masons, who had to first lay a foundation up to 70 feet deep to support the soaring structure on the underlying chalk of the South Downs

The first part of the chapel to be finished was the Crypt, which was finished in 1875 and served as the school's place of worship until the upper chapel was finished in 1911. Unusually, the crypt is above ground and accessed through a light-filled cloister that also serves as a memorial to former students who lost their lives in WWI. The cloister was designed by Temple Moore and added in 1927.

Considering how striking the Chapel is now, it is extraordinary to think that the original plans called for a 350 foot-high tower and a passage linking to the neighbouring college buildings.

The west end, with its large rose window, was designed by Stephen Dykes Bower and finished in 1978. The rose window was dedicated by Archbishop Coggan of Canterbury in a ceremony attended by HRH The Prince of Wales. The rose window measures 32 feet across, making it the largest in England and the largest to be built in Europe since 1538. The nave stretches 10 bays and terminates in an apse. The rose window is made up of an astonishing 30,000 individual pieces of stained glass. 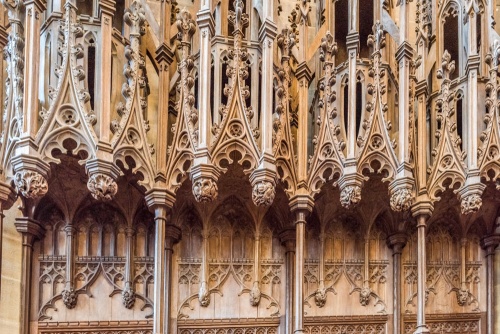 The central portion of the nave is flanked by slender aisles. Double flying buttresses soar over the aisles and connect to tall external buttresses supporting the exceptionally high walls.

The interior stalls were designed by Sir George Gilbert Scott for Eton College Chapel in 1851. Scott probably drew inspiration for the stall canopies from the medieval stalls at St Mary's Church in Nantwich, where he was hired to restore the building. The stalls were moved to Lancing College in 1923. The College founder Nathaniel Woodard and his son William are both buried in the Chapel. 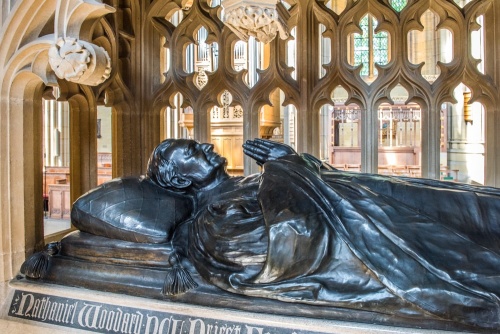 This window near the west door was dedicated in 2007 by Archbishop Desmond Tutu in memory of Bishop Trevor Huddleston, who attended Lancing College in the 1920s before rising to become Bishop of Stepney in London and Archbishop of the Church of the Province of the Indian Ocean.

Huddleston was known for his strong anti-apartheid stance and for his book 'Naught for your Comfort'. Nelson Mandela said of him, 'No white person has done more for South Africa than Trevor Huddleston'.

The chapel can lay claim to being one of England's longest-running building projects. The chapel was begun in 1868 but construction is not due to finish on the west front until late 2020. That's over 150 years from start to finish. The final part of the chapel to be completed will be a west porch designed by the architect Alan Rome. 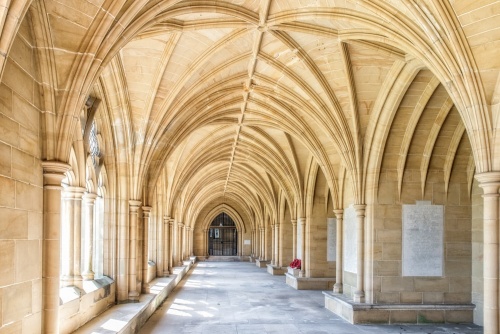 The College is located immediately north of the A27 between Shoreham and Lancing. Just follow the brown tourist signs. There is assigned visitor parking and a well-signposted route to the Chapel entrance. The Chapel is open almost every day for visitors. When we visited we were the only people there.

It is hard to put into words just how impressive Lancing College Chapel is, so I hope the photos accompanying this article will encourage you to visit yourself. It truly is an extraordinary historic building and a jaw-dropping example of Gothic Revival architecture unsurpassed in Britain. 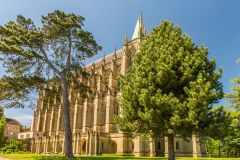 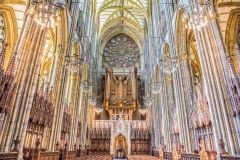 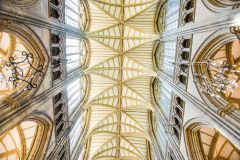 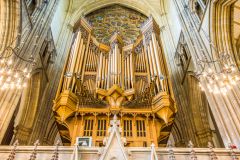 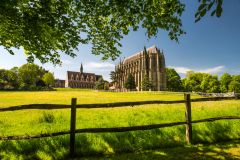