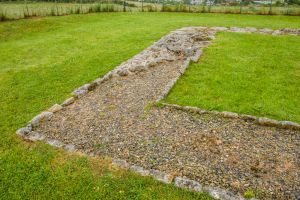 Jordan Hill is a 4th-century Romano-Celtic temple. Little of the temple remains beyond the foundation walls. Within the walls is a shaft over 10 feet deep, thought to have been built c 69-79 AD. The site appears to have fallen out of use c 379-395 AD, during the reign of the Emperor Theodosius.
When the shaft was excavated it was found to contain 16 layers of ash and charcoal. Each layer was separated by two roofing slabs, and each contained the remains of a bird and a bronze coin. What strange ritual observance this indicates we do not know!

Above the shaft was set a temple cella (a sacred place, used for housing a hidden cult image). This temple was 6.8 metres square, with an entrance at the south. It seems likely that there was originally a collonade, or portico, extending around all sides of the temple. The inner temple was enclosed with foundation walls 84 metres square.

The site stands near a late Iron Age/Roman cemetery.

The temple is well signposted from the A353 and the B3155 (Portland Road). The site is immediately north of Bowleaze Cove Way, on top of the cliffs. There is no dedicated parking area, so you will have to find a space along Bowleaze Cove Way. There is a brown pedestrian sign pointing the way up a short residential cul-de-sac, to a footpath and gate at the top of the road.

The temple is in the field immediately beyond the gate, with a very worn Eglish Heritage information panel giving an artist's impression of what the temple would have looked like when built. It is just as well that the sign is there, because all you can see of the temple is the ground-level remains of foundation walls describing a rectangle on the turf. On the north side, the walls are marginally more substantial, with more obvious indications of original Roman stonework.

The remains cover a small area, and It should take no more than a few minutes to explore the Jordan Hill site. 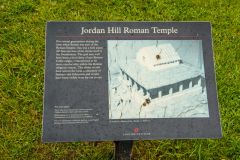 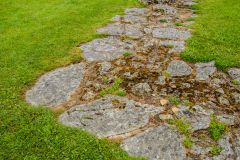 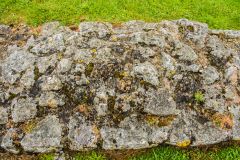 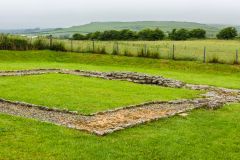 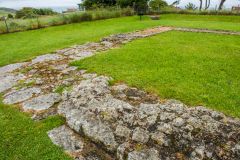 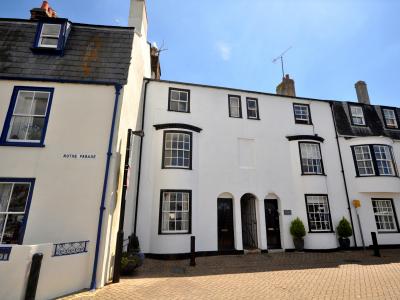 This well-presented character cottage is in the town of Weymouth in Dorset and can sleep 5 people in 2 bedrooms.
Sleeps 5 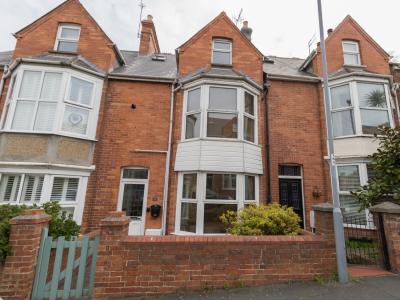