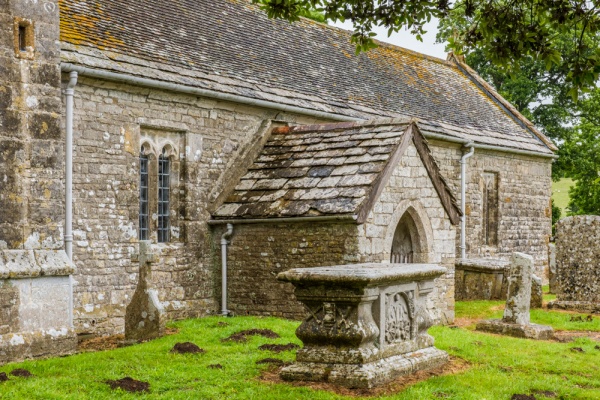 The site of Whitcombe church has been in use since the Saxon period, and remnants of two Saxon crosses stand in the churchyard. The oldest part of the current church is the 12th-century nave, with the addition of a 15th-century chancel and a late 16th-century two-storey west tower.

There was a church here as early as AD 966 when King Athelstan granted part of the endowment to Milton Abbey.

The interior features some very fine medieval wall paintings on the north nave wall. The paintings include a figure of St Christopher carrying the Christ child, while nearby is a mermaid combing her hair. The mermaid figure is a mystery; perhaps she is trying to lure the saint astray? The head of St Christopher is beautifully preserved, though the lower part of the figure is more faded. 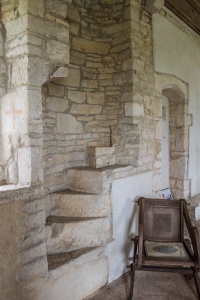 Remains of the medieval
rood stair

The Christ child holds an orb of the world in his left hand and his right hand is raised in blessing. In the background you can make out a river bank and a series of buildings on the far bank.

The painting has been dated on stylistic grounds to the second quarter of the 15th century (1425-1450). They were hidden under layers of paint for centuries and only rediscovered during restoration work in 1912.

In the north-west corner of the nave is a series of paintings imitating a stone arcade, perhaps meant to look like an altar screen with seven arches in Decorated Gothic style. Inside the central arch is a consecration cross, and there is another painted cross in a window splay on the same wall.

The other major historic feature at Whitcombe is the Purbeck marble font, carved around 1300. The font is rather oddly set against the tower arch and consists of an octagonal bowl with blind arcading set upon four pillars around a central stem.

Under the tower, all on its own, stands the Jacobean pulpit. There are several fragments of stone with traditional Celtic interlace carving, set into the blocked north doorway. The narrow doorway has a typical early Norman round-headed opening. Set into the north wall by the chancel entry are the remains of a spiral rood stair.

Whitcombe church has strong associations with the poet William Barnes, who popularized writing in the distinct Dorset dialect. Barnes preached his first and last sermon at Whitcombe, the latter when he was rector of Winterbourne Came. The restoration of Whitcombe's church was done in his honour. Barnes is buried at Winterborne Came church but there is a dedication stone in his name upon the wall.

The church is no longer used for regular services and is cared for by the Churches Conservation Trust.

The only parking is on the opposite (northbound) side of the road, with space for 3-4 vehicles. I had to go past the church, find a side-road to turn around in, and head back north to park opposite the church. Be careful, though, as traffic can be heavy on this stretch of road.

Do take the time visit the nearby church of Winterborne Came, also in the care of the Churches Conservation Trust. 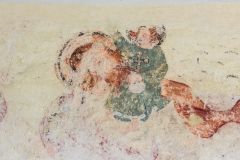 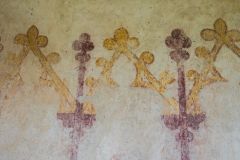 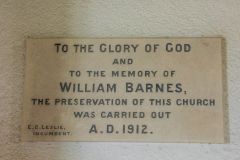 More self catering near Whitcombe Church >>