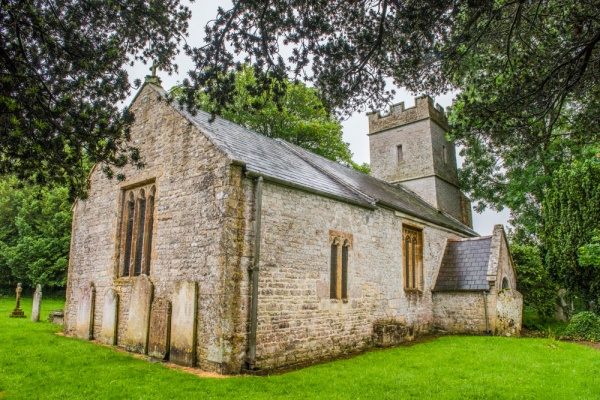 The small country church of St Peter at Winterborne Came stands beside the manor of Came House. The church is mostly 14th and 15th century, with some Victorian remodelling.

Winterbourne Came is one of several deserted villages that once flourished along the Winterbourne Valley. Its name comes from the abbey of Caen in France, which owned the estate in the medieval period. After the medieval period, the estate passed through several hands until it was purchased by the Damer family, Earls of Pontarlington in Ireland. John Damer had the nearby manor house begun in 1754. 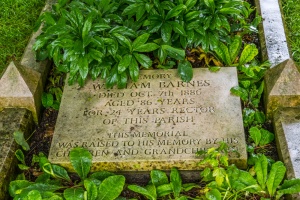 Most of the hamlets that lined the Winterbourne valley, like Came, were deserted in the 15th and 16th centuries when the land was converted to raising sheep. The inhabitants of Came petitioned the crown for help in 1521, but none was forthcoming. By the mid-17th century, only two households remained. Now all that is left is the 18th-century mansion of Came House and the lovely church of St Peter, tucked in a forgotten corner beside the kitchen garden wall.

Winterborne Came is known as the church where Dorset poet William Barnes was rector (see also Whitcombe Church). Barnes, the first poet to write in the Dorset dialect, served as rector for 24 years until his death in 1896 and is buried in the churchyard.

Barnes was born at Bagber, near Sturminster Newton, in 1801, the son of a poor labourer. At the age of 13, he became a copy clerk at a solicitor's office. He continued to educate himself and eventually learned to speak and write over 60 languages.

He opened his own schools in Wiltshire and Dorset and studied music, mathematics, and economics. Despite his wide-ranging interests, Barnes is best-known for his poetry, written in the Dorset dialect of his youth.

He was little-known outside Dorset, but within his native county, his poetry has always enjoyed a wide readership and exhibits on his writing career share space in the Dorset County Museum with novelist Thomas Hardy, his neighbour and friend.

Barnes' memorial stands on the south side of the church, and his grave is marked by a large Celtic cross.

Within the church are some very fine monuments, including a tomb-chest memorial to John Meller (d. 1595) and his wife (d. 1610). The detail of the couple's costume is simply superb; John Mellor is shown in a ruff, with his head on a helmet, while his wife is shown in an elaborate headdress, her head resting on an ornate cushion.

Around the base of the tomb-chest are beautifully carved 'weepers'. To the south of the altar is a tomb chest to Dorothy Mellor (d. 1591). Within an arched recess are two panels, one with a heraldic plate and another depicting a mother and child. 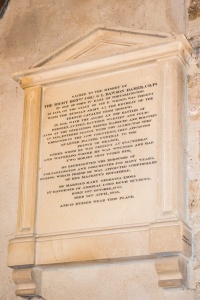 On the east wall of the sanctuary is a memorial to the Rt Hon Colonel GL Dawson-Damer, who led quite a fascinating life; he served in the Russian army when they forced Napoleon to retreat from Moscow in 1812 and later fought in the Peninsular Wars and at Waterloo, where he had two horses shot from under him. He survived to serve as an MP and Comptroller of Queen Victoria's household. He died at Came House in 1856.

On the north nave wall is a good Arts and Crafts style memorial to Mary Mills (d. 1895).

The carved wooden rood screen is particularly fine, with linenfold panels along the base and intricate tracery on the upper section. It has been restored in Arts and Crafts style. The late medieval font has a plain octagonal bowl set atop a base of Portland stone.

The oak pulpit has the initials IM for John Meller, with the date 1624. The windows hold 19th-century glass given by various members of the Damer family. On the walls are three 19th-century hatchments to the Dawson-Damer family.

The church is now redundant and is cared for by the Churches Conservation Trust. It is open daily - if you can find it! I did not see any signs on the roads near Winterbourne Came. There is a small lane leading off the A532 towards Came House. As you approach the house, just glimpsed through trees, there is a small sign, half-hidden in the undergrowth, with an arrow pointing down an overgrown trail beside the kitchen garden wall. You go along the length of the wall, turn right into an open space, and find the church before you.

Don't miss the chance to visit the nearby church at Whitcombe, a short distance along the A352. 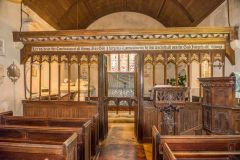 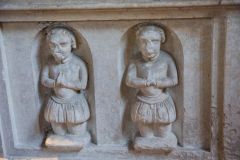 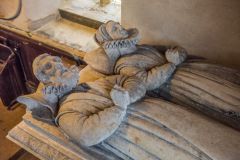 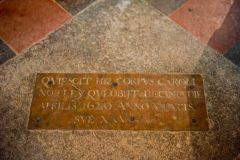