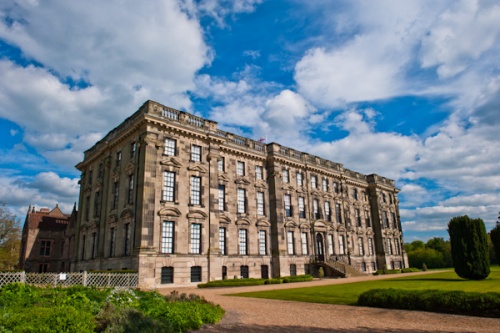 Stoneleigh Abbey is a magnificent stately home that grew out of the remains of a 12th-century abbey. The story of Stoneleigh goes back to 1154 when Henry II granted land here to a group of Cistercian monks. The monks began building Stoneleigh Abbey in 1155 and lived here until the abbey was dissolved by Henry VIII in 1535.

Four years later the abbey was granted to the Duke of Suffolk, however, in 1561 it was sold jointly to Sir Rolan Hill and Sir Thomas Leigh. The Leigh family have been owners of Stoneleigh ever since. Stoneleigh was a ruin in 1561, but under the ownership of the second Thomas Leigh, the old monastic buildings were transformed into the beginnings of the great house we see today.

The greatest transformation, however, was to take place under the aegis of Thomas, 3rd Lord Leigh. Lord Leigh undertook a 'grand tour' of the continent in 1710, and when he returned he was full of enthusiasm to create an English version of some of the grand classical architecture he had seen on his travels.

He was aided in his ambition by a marriage to a wealthy heiress, and his wife's money helped finance the building of the great West Wing, which took six years to complete. This was done to the design of architect Francis Smith of Warwick, and it is considered Smith's greatest work. 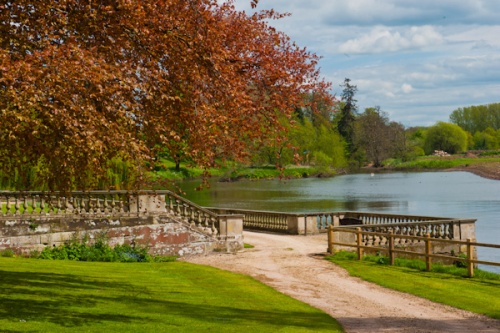 Chief among the interior rooms is the Saloon, a marvellous chamber with a plasterwork ceiling in Rococo style, depicting the Labours of Hercules. Further fine plasterwork decoration can be found in the light and airy chapel, which was used by Jane Austen as her model for Sotherton Court chapel in her novel Mansfield Park.

Austen gained her inspiration when she visited Stoneleigh in 1806, and readers will readily recognize Stoneleigh from her description of Sotherton in the book. She also drew upon the family history of the Leighs to add colour to her story. Special Jane Austen guided tours let visitors retrace Austen's steps and see Stoneleigh through her eyes.

Finally, the former Morning Room is furnished as it was for the visit of Queen Victoria and Prince Albert in 1858, with white and gold furniture made especially for the occasion. 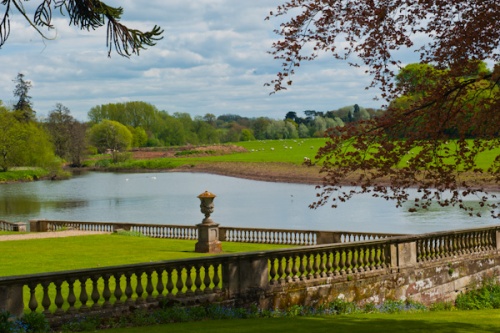 Looking down to the River Avon

The attention of later Leighs turned to the landscape surrounding the house. In 1809 Humphrey Repton was asked to create a design for a new landscape garden Much of Repton's design was never implemented, but the course of the River Avon was altered to create a lake with an island south of the house.

Further additions to Stoneleigh include a classical stone bridge designed by John Rennie, and a Tudor Gothic stable and riding school designed by CS Smith. This is almost a grand house in itself, full of battlements and turrets, arches and towers. Smith was also responsible for the new Long Corridor.

Lest all this talk of 18th and 19th-century grandeur make you forget that Stoneleigh was a medieval abbey, there is still the abbey gatehouse to see. This was built by Abbot Robert de Hockele in 1346 and is almost entirely a 14th-century structure.

The ownership of the estate is now in the hands of a charitable trust, under which the house has undergone a major restoration.

We visited Stoneleigh on a lovely Sunday afternoon in May. The first thing we noticed was the Stables. These really are quite extraordinary. Put any image of what a stable looks like out of your mind. Picture instead a Gothic castle, with turrets and battlements, accessed through a huge gateway. I couldn't help but wonder if the horse's appreciated their superb quarters.

You enter the grounds of Stoneleigh Abbey through a huge medieval gatehouse, the only part of the original Abbey to survive relatively unscathed. The gatehouse is one of the largest monastic gateways in England and would have acted as a hostel for pilgrims. Within the cobbled gateway arch is a 700-year-old wooden bench, with holes for travellers to lay down their weapons. 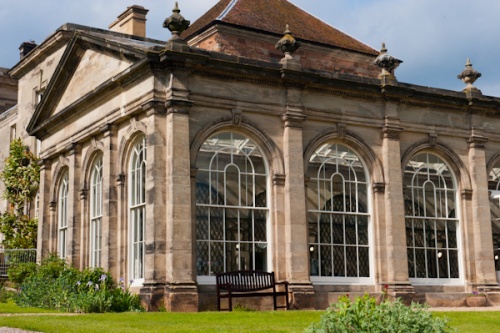 Access to the house itself is only by timed tours. There are several different types of tour; one 'general' tour and a special 'Jane Austen' tour. There are also occasional tours which take in the old Tudor parts of the house - more on that in a moment.

We were too late for the Jane Austen tour, so we wandered around the grounds for 20 minutes until the next general tour. The grounds are not terribly extensive, but they are certainly pretty. The house stands on a rise above the River Avon, and weeping willows trail their branches into the slow-moving water.

It's an idyllic scene, one that Jane Austen drew upon, as she also drew upon the house itself, which was said to be the model for Mansfield Park. After a lovely meander along the Avon, it was time for our tour.

The tour was one of the best I've ever had in a stately home; the guide was a wonderfully knowledgeable and enthusiastic elderly lady, who sprinkled in just the right amount of humour, history, and facts to keep both adults and children interested. It was a fairly long tour, at about 75 minutes, and a couple of people got tired from all the walking and standing, but we enjoyed ourselves immensely.

There are special tours that go into the old parts of Stoneleigh, but these are not held often and you will need to keep an eye on the Stoneleigh website for upcoming dates. 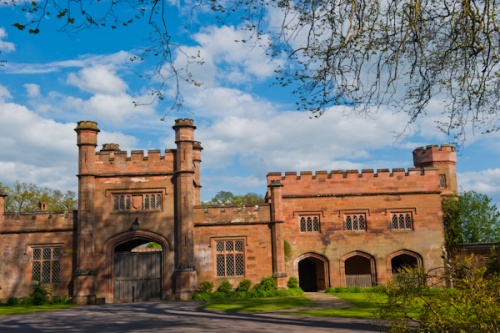 The highlight of the tour was undoubtedly the superb Saloon. To say that the plasterwork is ornate does not do it justice. It is amazing, and quite how the three-dimensional carvings stay attached to the ceiling is beyond me - it seems to defy every law of gravity.

After the tour, we had a chance to walk further along the river to a thatched summer house and grotto. We then retraced our steps to the orangery, which acts as a teashop, but it had just closed, which was the only negative point of our visit.

We were done with Stoneleigh Abbey, but not with the Leigh family; we zipped off to the nearby village of Stoneleigh, where generations of the Leighs are buried in a family chapel at St Mary's church. The church is marvellous, with a beautifully carved Norman chancel arch and north door. From the church, we strolled through the village, past timber-framed houses and a row of late 16th-century almshouses established by Alice Leigh.

We enjoyed our visit to Stoneleigh enormously, and I can happily recommend it to anyone with an interest in historic houses (or Jane Austen). But don't forget to check the Stoneleigh website for the tour times, depending on which tour you would prefer! 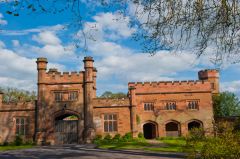 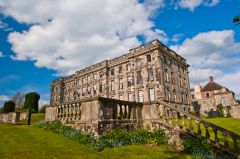 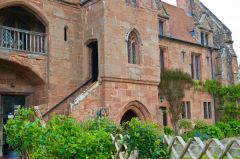 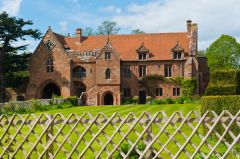 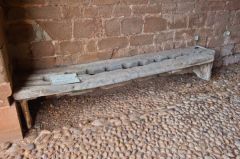 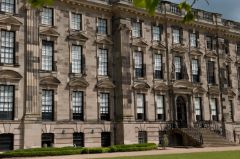 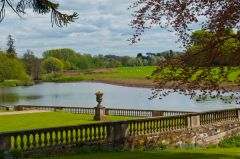 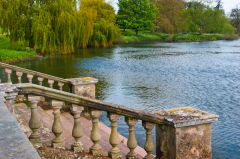 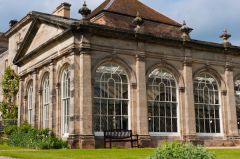 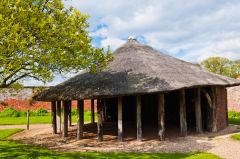 More self catering near Stoneleigh Abbey >>