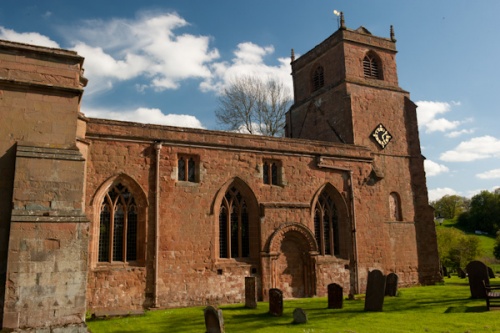 The attractive church of St Mary's, in the north Warwickshire village of Stoneleigh, stands on low ground near the peaceful River Sowe near its junction with the River Avon. The church is built of red sandstone and is largely Norman.

As you approach the church the first thing you notice is the marvellously carved Norman north door. The decoration is pure Norman, and above the door is a worn tympanum where you can make out the shapes of two interlaced dragons biting their tails, and two serpents nearby.

Within the west porch is a very worn medieval effigy of a woman, found in the churchyard and brought inside the porch for preservation. She is said to be holding a child, but to be honest the carving is so worn that it is hard to tell!

A legend attaches to the effigy; the woman is traditionally said to be the wife of a knight who lived in the house across the River Sowe which you can see from the churchyard. The husband was killed in battle, and when his pregnant wife got the news of her husband's death she took her own life in despair.

As you enter the nave one of the first things you notice is a number of funerary hatchments upon the walls. These are to members of the Leigh family of Stoneleigh Abbey, and date back to the middle of the 18th century. The box pews look like they belong to the 17th century but they were actually added in 1814. The impressive west gallery dates to 1814 with an early 19th-century royal coat of arms made of cast iron. 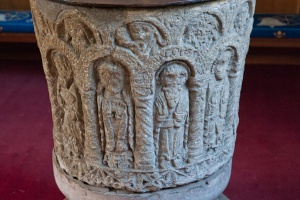 The most immediately impressive feature of the interior is the Norman chancel arch. This is beautifully carved. On the north chancel column is carved the symbol of a pelican, while a serpent is on the opposite column. One historian suggests that the north carvings may be reused Saxon stones.

As impressive as the chancel arch is, the font outshines it in my opinion. This is a simple chalice shape, but the exterior of the bowl is carved with lively likenesses of the Apostles. The font dates to the early 12th or late 11th century and was found partly buried at Maxstoke Priory, near Coleshill. This font replaced one of a similar age which was in use until restoration work in the early 19th century.

Near the altar, occupying most of the north side of the sanctuary is a huge marble monument to Alice, Duchess Dudley (d. 1668), crafted by mason Nicholas Stone. Duchess Dudley's story is a tragic one; she was born Alice Leigh, daughter of Sir Thomas Leigh of Stoneleigh Abey, just outside Stoneleigh. She helped found the attractive almshouses in Stoneleigh village, and later married Sir Rober Dudley, the illegitimate son of the Earl of Leicester.

It was a match fated to fail. Dudley left Alice and fled to Italy, where he began a new family with his mistress. Alice was later named Duchess Dudley in 1645 by Charles I, one of the few Englishwomen to be made a Duchess in her own right. It was perhaps the least Charles could do, for Dudley had himself been made a duke earlier. Duchess Alice lies in state here, her recumbent effigy placed above that of her daughter Alicia.

Also on the north side of the chancel, but nearer the arch, is a worn 14th-century effigy to an unknown priest. The effigy was discovered when work began on the Leigh family chapel, which is accessed through a doorway on the north side of the chancel. This is the second Leigh chapel in St Mary's; the first, begun in 1665, is now the vestry. The second Leigh chapel was begun in 1823 and contains some very fine wall monuments to generations of Leighs.

St Mary's is one of the most attractively situated churches in Warwickshire - come here on a summer's day and stroll along the peaceful river beside the churchyard. Pure magic! 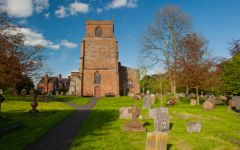 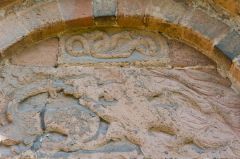 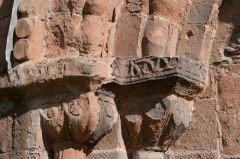 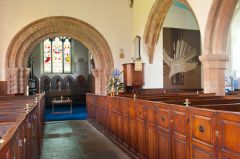 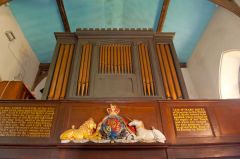 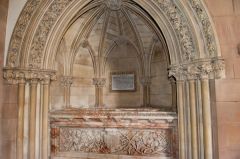 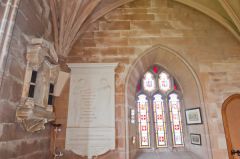