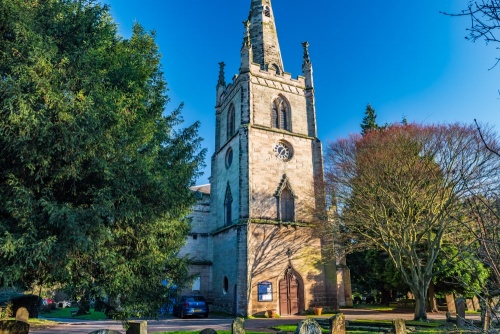 The beautiful 18th-century church of St Nicholas stands on the north bank of the River Avon, opposite an entrance gate to Warwick Castle and beside the old road from Banbury. It is unusual in that few churches were built in the late Georgian period. 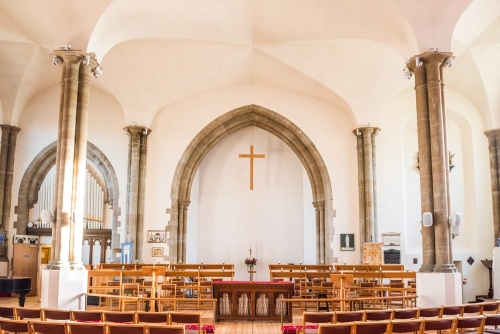 St Nicholas' Church was subordinate to the collegiate church of St Mary's and the dean of St Mary's appointed vicars until the Dissolution of the Monasteries.

The Georgian church was designed by the architect Thomas Johnson of Warwick and consisted of an aisled nave, chancel, and the old tower and spire. The chancel was rebuilt in 1869. The total cost of the rebuilt church was £1,500, born by a mix of loans, private contributions, and the sale of pews.

The Georgian building is an excellent example of Gothic revival architecture, with slender columns supporting a vaulted plaster ceiling, creating an interior full of space and light. The original Georgian apse was filled in during the Victorian restoration, which divided the apse into two floors. 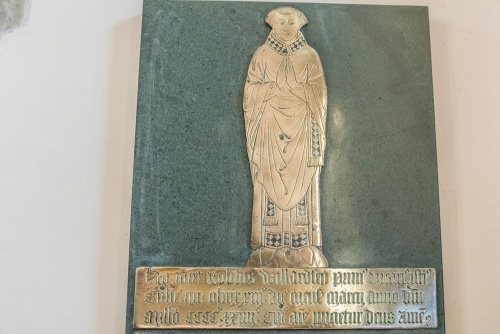 The most interesting memorial is a 115th-century brass to a former vicar named Robert Willardsley (d 1424). This is behind a protective glass covering and is set on the south wall.

Perhaps the most impressive monument is to Katherine Stoughton, who died in 1724. Stoughton's epitaph makes for fascinating reading. She died at just eighteen, leaving behind two daughters, which means she must have married very young. Her epitaph goes on to tell of a troubled family life in these words:

'She was the daughter and Sole Heiress of Samuel Tipping of Lincoln, Esq., son of Sir George Tipping of Draycott in Oxfordshire. She departed this life in the eighteenth year of her age & left behind two daughters Dorothy and Katherine, dear lovers of their Father, and the most unkindly used by the Instigation of a cruel step mother, yet the greatest malice could not charge them with one act of Undutifulness to either of them. The youngest daughter erected this monument in memory of her dear Mother who, tho[ough] her life was short, was such an example of true Piety, Charity, and Chastity, that she died lamented by all that knew her.' 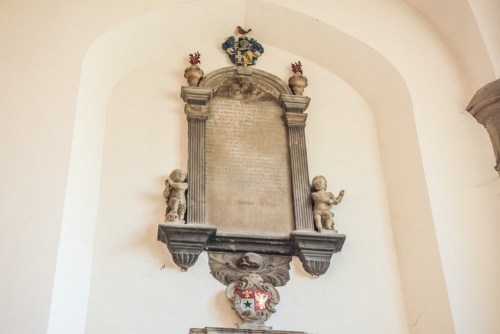 Another wall tablet commemorates Samuel Jemmat (d 1713) who served as the vicar of St Nicholas' Church for 46 years and as the Master of Lord Leycester's Hospital for 41 years. Another tablet remembers Aaron and Bridgetta Rogers, who died in 1709 and 1708 respectively.

It is well worth climbing up to the meeting room that now occupies the upper floor of the Georgian apse, where you can get an extremely closer view of the stained glass in the huge east window.

St Nicholas' Church is considered the official church of Warwick Castle, and the Earl of Warwick acts as the church patron. 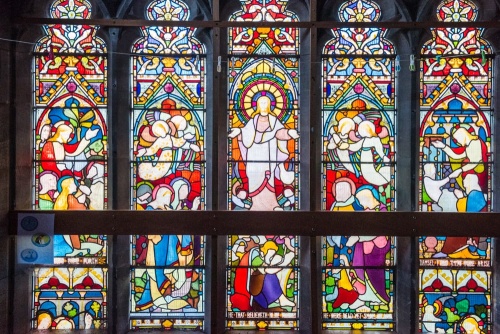 The church is set back from Banbury Road (the A425) and is immediately west of the St Nicholas Park car park. It is on the east side of the A429/Castle Hill roundabout opposite the western gate of Warwick Castle. The church is extremely easy to reach on foot from the major tourist sites of central Warwick. 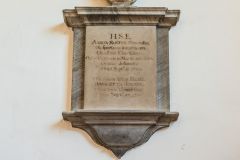 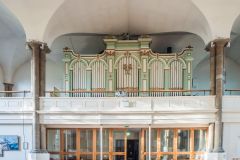 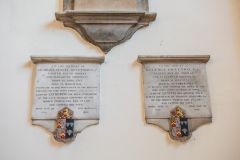 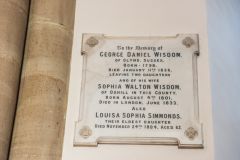 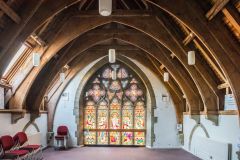 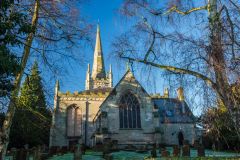 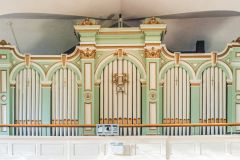