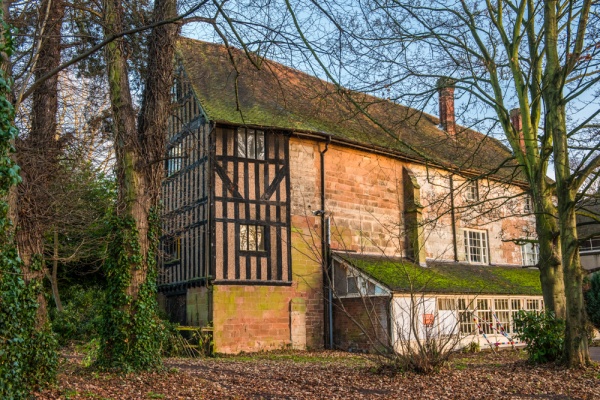 Visitors to Coventry naturally focus on the cathedral, both the medieval ruin destroyed by bombs in WWII and the modern cathedral that replaced it. But Coventry is filled with historic secrets that survived the devastation of the bombs.

One of those treasures is Charterhouse, a Carthusian monastery founded in 1385 and surrounded by parkland, just a short walk from the city centre. On 6 September of that year, King Richard II and Queen Anne of Bohemia laid the foundation stone of the new monastery. The connection with such important founders meant that the new monastery quickly gathered gifts from other wealthy benefactors.

The Carthusian order was extremely strict, with monks living a life close to that of a prison inmate. Each monk had a small cell of two or three rooms, where they lived in silence, cut off from outside communication, living on a meagre diet and living a mostly solitary existence. They did gather for prayers in the chapter house, but most of their time was spent in silence and in solitude. 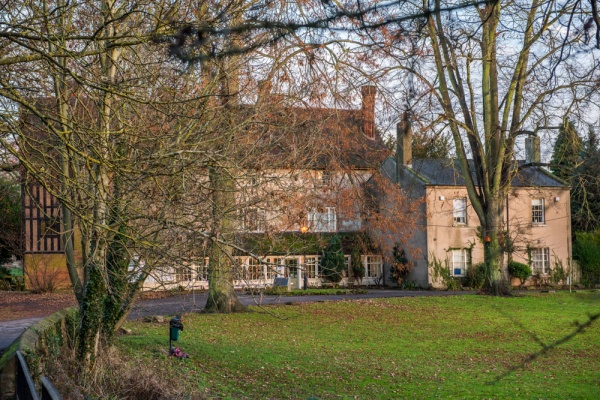 Charterhouse from the River Sherbourne

The Charterhouse monastery stood between London road and the River Sherbourne, well south of the medieval walled city. We do not know exactly what the monastery looked like, but in 1393 it was described as a chapel with a house, entirely surrounded by water. This suggests that it stood within a moat, fed by the Sherbourne. The site appears to have belonged to the Trinity Guild and leased to the Carthusian order.

The chapel was seized by the crown during the Dissolution of the Monasteries and sold into private hands. Most of the buildings were torn down, but the Priory and Refectory were spared, and converted to dwellings.

The field by the river was called St Anne's Grove into the 19th century, and we know that in 1733 there was a dyehouse there, possibly adapted from the original medieval chapel. This dyehouse/chapel had disappeared by 1820. In 1848 the property was purchased by the Wyley family, and in 1941 Colonel Wyley bequeathed it to the people of Coventry.

It was subsequently used as a school, and sports fields were built on part of the estate, close to London Road. In 2009 the Charterhouse Coventry Preservation Trust bought the property from Coventry City College. The Trust is restoring the buildings and developing the estate as a heritage park, with displays on the lives of the Carthusian monks, restored monks' cells, and visitor facilities. While these plans are developing Charterhouse is open to the public on regular heritage open days. 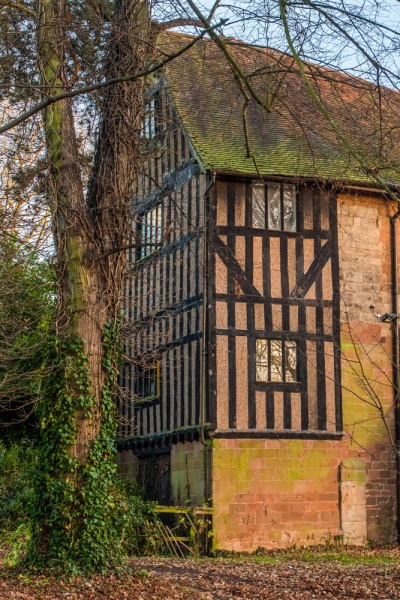 What remains today is the 14th-century priory and refectory, enclosed within a very well-preserved section of the medieval wall. The priory was enlarged in the 16th century when a house was added to the south gable and in the 19th century when a low verandah was built onto the front facade.

The Prior's Lodging dates to the early 15th century and is notable for a 16th century timber-framed addition on the north side. Obvious features include tall, slender Tudor chimney stacks, an original moulded stone fireplace, sand some original medieval window tracery. Late additions include 18th-century doorways and sash windows with glazing bars.

The historic highlight is a series of medieval wall paintings in the former refectory. The paintings span over 150 years, with the earliest painted in 1417 and the latest around 1570. The early 15th-century painting formed part of a much larger mural and is in exceptional condition. Another highlight is the altar stone of the monastic church, incorporated into a fireplace after the Dissolution. 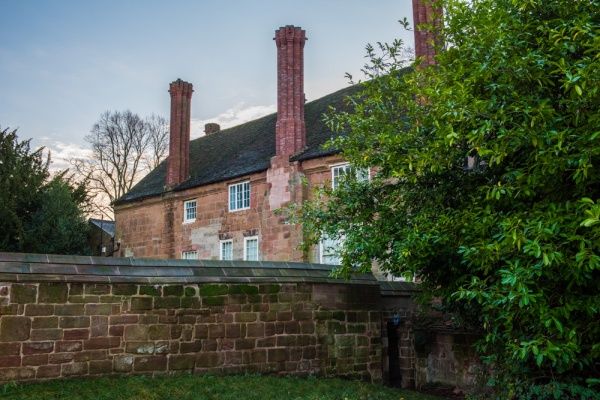 Charterhouse from the north-west

Though Charterhouse is located in a suburban area south of the city centre it is actually quite easy to reach on foot. The simplest way is to follow White Friars Street, and take the signposted pedestrian underpass to Whitefriars. From Whitefriars follow London Road south-east.

After two blocks you come to playing fields, with a lane to your left leading towards the River Sherbourne. As you follow the lane you can see Charterhouse across the river surrounded by fields There is an information panel by the river, explaining the history of the site and the story of the lost medieval village of Bisseley.

Closer to Charterhouse itself is another sign, telling the history of Charterhouse. Even if the property is closed you can still wander the grounds and get a good look at the building exterior. From the monastic buildings, a trail leads back north through the estate, where you can get a very good look at the medieval boundary wall. 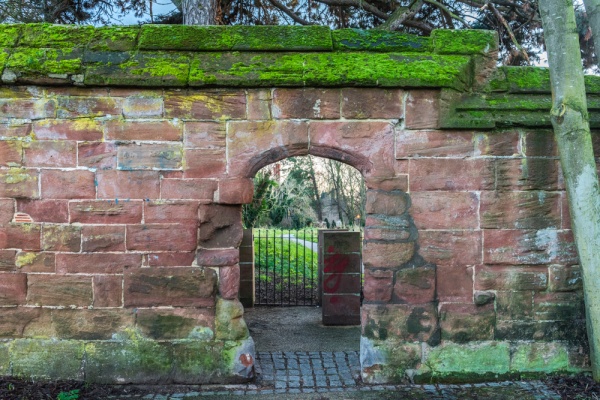 More self catering near Charterhouse

The Granary at Fawsley - 18.4 miles
Daventry, Northamptonshire
Stay from: £50.00

More bed and breakfasts near Charterhouse