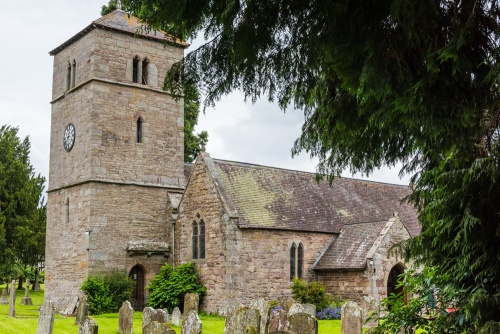 The church of St Michael and All Angels at Mansell Lacy is an attractive 11th-century building with extensive 13th-century rebuilding. The most striking feature of the church is the three storey west tower, square in plan, and topped with a shallow hipped roof.

There is a reset 12th-century doorway at the east end of the nave and the main south doorway dates to the 13th century. The chancel roof is 15th century.

Over the south doorway of the tower is a 12th-century coffin lid, re-used as a lintel. The east window of the south aisle contains a 14th-century heraldic shield of the Burgh family.

There are several very good 17th-century monuments, including a tablet on the north wall of the chancel to William Traunter (d. 1691). On the south wall are two more Traunter memorials, to Samuel (d. 1656) and Simeon (d. 1676). Also in the chancel are a 13th-century sedilia, or clergy seat, formed by the sill of the south window, and a piscina with a cinquefoil drain. 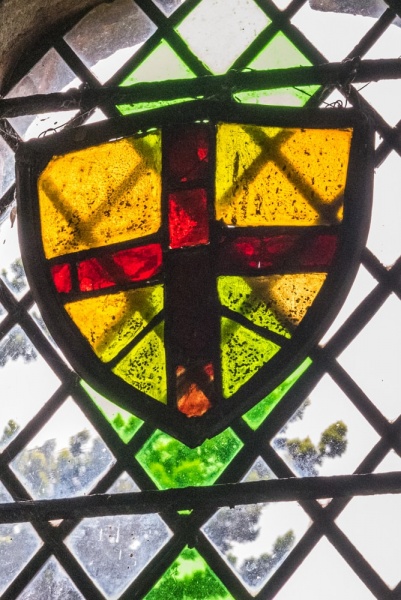 Look for a modern memorial plaque on the wall to Brigadier Sydney Polley, who served with 3rd Skinner's Horse. The 3rd Skinner's Horse was a cavalry regiment of the British Indian Army that went on to see action in WWI before it was merged with the 1st Duke of York's Own Lancers in 1922.

Nearby is a plaque to the memory of Lieutenant-Colonel AG Burn, who died in action at the 1st Battle of Ypres in 1914. He was the son of Captain Arthur Burn of the 2nd Battalion, East Surrey Regiment, who is also remembered on the plaque.

The oldest feature in the church interior is a 12th-century font in a cup shape, carved from a single block of stone. There are reset carved stones around the nave walls, including a sandstone corbel head over the south doorway. The head is carved with peculiar catlike ears, bulging eyes, and a short beak. 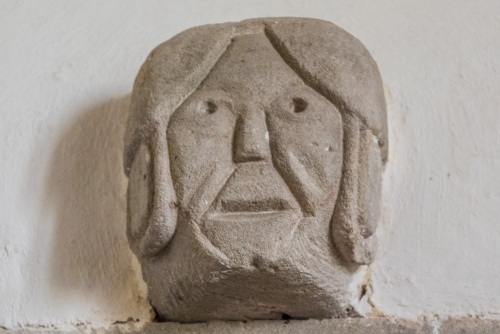 One of several medieval corbel heads

The church has been transformed in recent years into a combined community centre and place of worship, with a glass partition between the 'church' at the east end of the building and the Community Centre at the west end.

The transformation of Mansell Lacy church was highlighted in several television features and St Michael's was used as an example by Sir Roy Strong to highlight how churches could remain the centre of community life. The church transformation won a pair of Calor awards for innovation.

In the churchyard stands a 14th-century stone cross, set upon a stepped base of later construction. 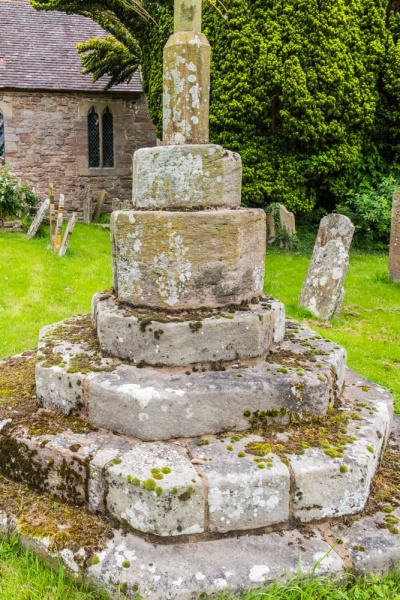 NB. The name of the village is alternately spelled Mansel or Mansell. We've chosen to go with the extra 'l', as that is what appears on OS maps.

The church is easily located. It stands in the middle of the village, just off the A480 about five miles north-west of Hereford. There is no obvious place to park (at least, we couldn't find anywhere, so we pulled off onto the grass verge). 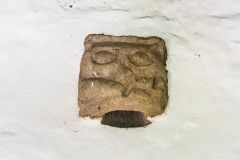 The Agent's House Bed And Breakfast - 9.8 miles
Hereford, Herefordshire
From: £70.00