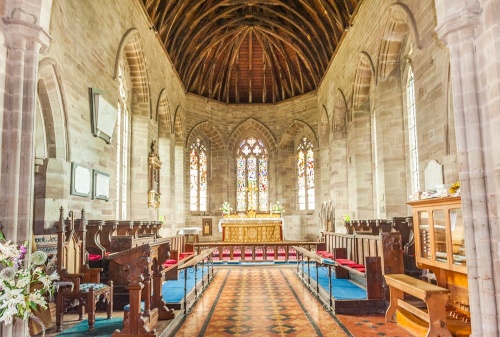 The parish church at Madley is one of the largest and finest in southern Herefordshire, mainly built in the 13th and 14th centuries and essentially unaltered since. The prosperity of the church is explained by the fact that Madley is by tradition the birthplace of St Dyfrig (Dubricius), later Bishop of Llandaff, and was a destination for pilgrims from the 6th century.

The dedication is rather unusual; the church is dedicated to the 'Nativity of The Blessed Virgin Mary'. The current church dates from the late 11th to the mid-14th century and terminates at the east end with an unusual polygonal apse decorated with external pinnacles.

There may be only two other polygonal apses in England; at Wells Cathedral in Somerset, and at Marden in Herefordshire. The apse stands over an underground crypt thought to be the last medieval crypt in England. 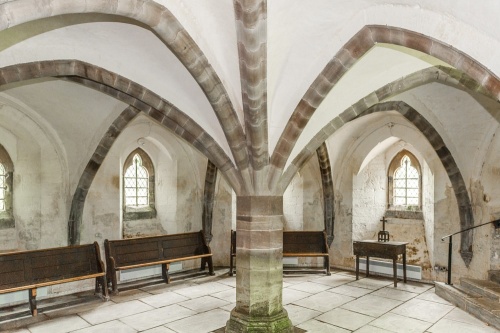 The interior features stained glass from the 13th and 14th centuries, much of which was gathered into chancel windows during restoration in 1840.

The top section of the middle window has the oldest glass, dated to about AD 1250. The chancel stalls boast a few medieval misericords, and there is a 14th-century sedilia with ball-flower decoration.

At the east end of the north aisle is a fascinating 'room' made from remnants of a medieval screen. This was the private pew of the wealthy Lulham family (it is not a private chapel, though it looks like one). There is a small door through which family members received bread and wine during Communion service.

There are some very fine 14th-century wall paintings, primarily above the chancel arch. The wall paintings tell the story of Jesus' death and resurrection and are thought to have been made about 1300, an unusually early date for this type of decoration.

One figure shows Judas receiving bread from Jesus, another shows him betraying Jesus with a kiss in the Garden of Gethsemane. There are very clear depictions of the Crucifixion and Resurrection and a rather faded Harrowing of Hell scene. These paintings may be difficult to view without the aid of a handy light on a timer affixed to the north wall. 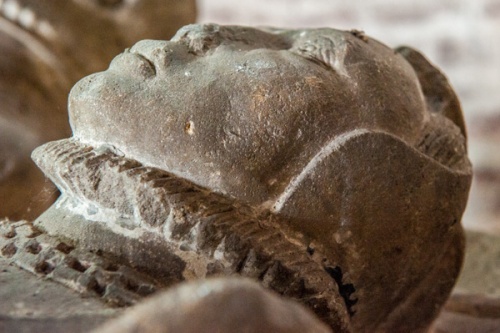 The font is unusually large, measuring 49 inches across the bowl. It dates to the 12th century but was damaged by Scottish army troops in 1645 when they were billeted in the church. The pulpit is fairly recent but is made by re-using carved panels from a much earlier Jacobean pulpit.

Among the most memorable memorials is an early 17th-century painted wall monument to Peter Garnons and his wife Anne, kneeling and facing each other across a prayer desk in typical early Jacobean fashion. Another highlight is the very worn table tomb and effigies of Richard Willison (d. 1574–5) and his wife Anne in the Chilstone Chapel.

During the Middle Ages Madley became popular as a pilgrimage destination, not just for its associations with St Dyfrig, but because there was a statue of the Virgin Mary said to have special powers. The statue was very likely located in the crypt beneath the chancel. The crypt is accessed by an almost hidden passage beside the Lulham Pew.

It was for many years used as a coal store, but has since been cleared and is now used for meditation and meetings. This is a remarkable chamber with a central pier rising up to support a vaulting ceiling, similar to a cathedral chapter house like that at Wells, in Somerset. 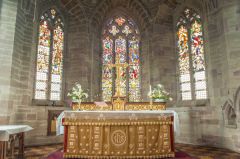 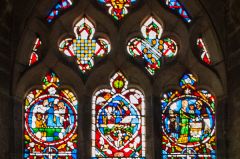 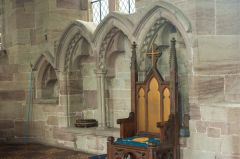 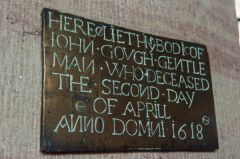 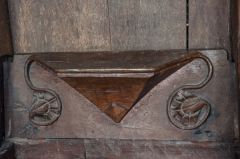 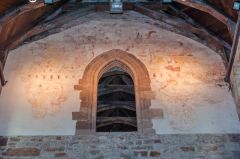 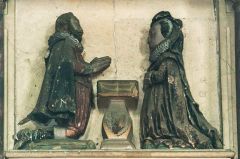 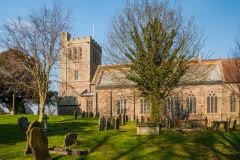 More self catering near Madley Church >> 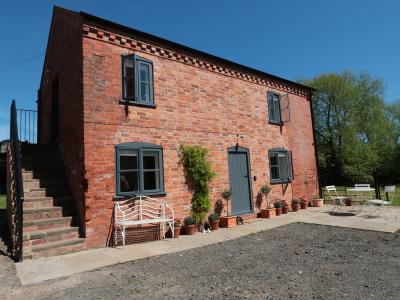 First floor annexe in the Herefordshire village of Madley, sleeping two people in one bedroom.
Sleeps 2 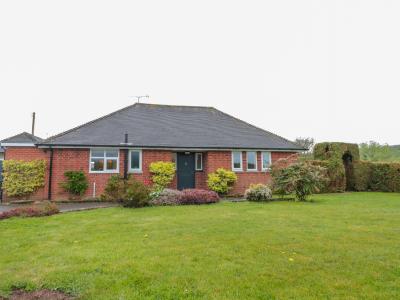 A charming bungalow located on the outskirts of Madley, Herefordshire and can sleep four people in two bedrooms.
Sleeps 4