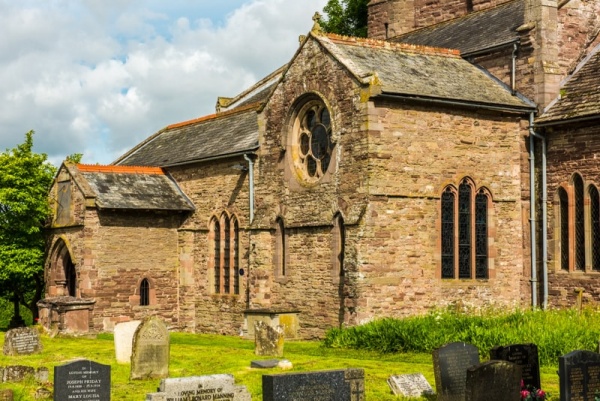 Weobley Church and its 13th-century porch

There has been a church at Weobley since the 11th century and probably long before then, but the present attractive building comes from the 13th century.

Evidence for a Saxon church comes from the Domesday Book of 1086 which records a priest at 'Wibbelai'. That early church was built of timber and was replaced by a stone building in the 12th century by Hugh de Lacy, who became lord of the manor in 1091.

A few years earlier De Lacy helped establish Llanthony Priory across the border in Wales. The priors and monks of Llanthony were patrons of Weobley church until the Priory was suppressed by Henry VIII at the Reformation.

Hugh de Lacy's church was, in turn, replaced by the present building in the 13th century. The first recorded vicar, Philip de Woonton, (1287) comes from this period. 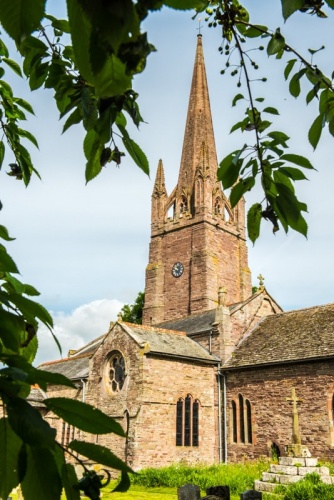 The striking tower and spire

The 13th-century church was altered in the following century when the striking spire was added. The spire rises to 185 feet and is the only one in Britain to be supported by small flying buttresses linked to pinnacles at each corner of the tower. The spire is the second-highest in Herefordshire and the pinnacles are thought to be modelled after those at Hereford Cathedral.

The tower may have been built to serve as a place of refuge in times of trouble. It originally had five floors and was only barely connected to the north aisle. Over time the aisle was widened to integrate the tower structure more fully with the rest of the church.

The first spire blew down in 1640. It was rebuilt in 1675 to a shorter length by Colonel John Birch. It became structurally unsound in the late 19th century and was rebuilt in 1898 to its original height.

The south porch dates to the 13th century and contains several medieval roof timbers. The door itself dates to 1712 and bears the initials of the churchwardens at that time.

The oldest part of the church is the south aisle. Look for the row of stone corbels on the north side of the aisle. They are carved with peculiar figures including a grotesque face with its hands in its mouth. Another has a swollen cheek, presumably from a toothache, and another shows an enlarged thyroid. You can see other carved heads high up in the nave. 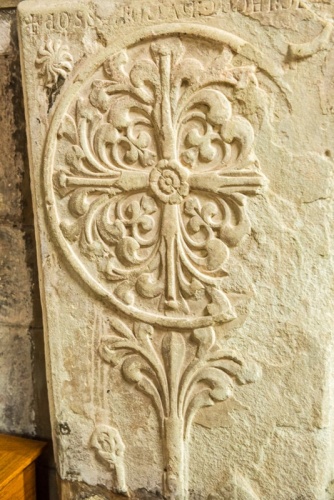 The chancel was built later in the 13th century than the south aisle. The chancel windows have excellent Victorian stained glass. The south window, installed in the 1870s, commemorates a young girl who died at the age of nine.

Near the pulpit is a beautifully carved grave slab depicting a foliated cross. The stone shows a bishop's mitre, but the deceased was not a clergyman. The mitre is, in fact, a rebus, or naming pun, for the dead man was Hugo Bissop (Bissop = Bishop).

The nave arcades are 14th century as is the unusual scissor-beam roof. You can still see traces of the original medieval paint on some of the nave piers.

The octagonal font dates to the early 14th century and at the base of the tower you can see fragments of a 14th-century pulpit. A section of the medieval chancel screen stands against the north transept wall. At the west end of the nave is a bell cast in 1702. It was considered unsafe to hang and was removed from the belfry in 1983.

There are several extremely interesting monuments. The oldest is the tomb of Sir Walter Devereux, who died during Owain Glyndwr's Rebellion in 1402. He was married to Agnes Crophull, heiress of Weobley Castle.

Agnes and her second husband Sir John Marbury (d 1437) are commemorated by a pair of alabaster effigies in a niche on the south side of the chancel. They effigies lie atop a table tomb, but it is not theirs. The table tomb is thought to be that Sir Hugh de Lucy, who built the 12th-century church. 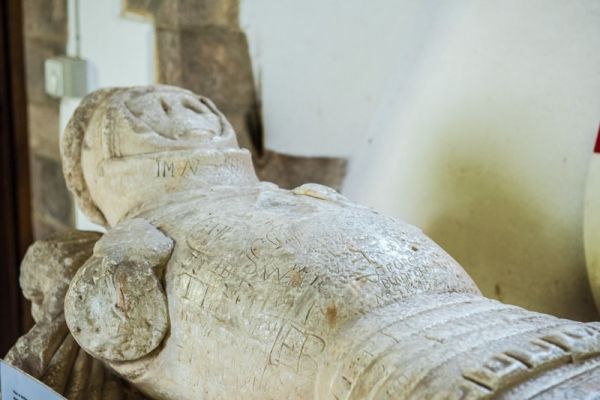 In 1646 he headed a force that besieged and captured Goodrich Castle. His Civil War status is recognised today; one of the regiments of the Sealed Knot Society - a Civil War re-enactment group - is named Col. John Birch's Regiment.

Less striking than Birch's gilded statue is a wall tablet to Daniel Peploe, a Captain in the 4th Dragoon Guards, who served as an MP for Herefordshire. Peploe died in 1887 in Florence, Italy. 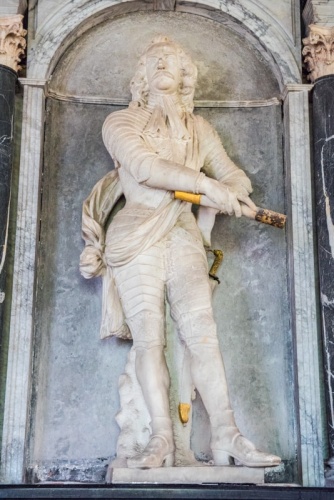 St Peter & St Paul's is a delightful church in an idyllic setting overlooking a field, a short stroll from the centre of Weobley. It is usually open daylight hours to visitors and was open when we visited. There is no dedicated parking that we could see but there is a free visitor parking area at the corner of Bell Square and Meadow Street (the B4230) an easy 5-minute stroll away. 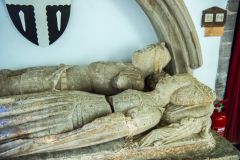 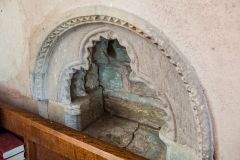 The Agent's House Bed And Breakfast - 8.7 miles
Hereford, Herefordshire
From: £70.00