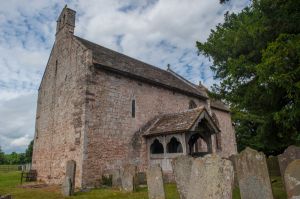 Moccas, St Michael Church
A wonderful Norman church in a countryside setting by the River Wye. St Michael and All Angels is composed of a very high nave, short chancel, and an unusual rounded apse. There is a very small bellcote at the west end, and entry is through a wooden south porch.

St Michael's was built around 1130, on the site of a much earlier 5th-century church dedicated to St Dyfrig, or Dubricius (see Madley).  The building is of local tuffa with sandstone dressing. The most appealing feature of the church is that it has undergone very little rebuilding or restoration work over the centuries, so that it retains much of its medieval character.

The Romanesque carving at Moccas suggests that it may have been created by the same 'Herefordshire School' of carvers responsible for the marvellous churches at Kilpeck and Shobdon.

The south doorway features Romanesque carving detail on the side capitals and arch. There is also a carved tympanum, depicting a Tree of Life, but this is badly worn. Among the carvings is one that has been identified as a Green Man, or foliate face. The north doorway also has carved capitals, though these also are much worn. In the interior is a simple chalice-shape

Norman font on a modern base, and a striking organ, inserted in 1872, with a case designed by Sir George Gilbert Scott II and painted by Thomas Kempe (not CE Kemp the stained glass artist!). 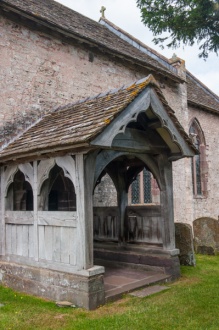 Francis Kilvert, whose voluminous diaries were published after his death as 'Journal of a Country Curate', left a written record of a visit to Moccas in 1875, where he recalls being shown around the church by a later Sir George Cornewall. Kilvert was most impressed with the tomb of Sir Richard de Fresne, who he believed might be an ancestor. Kilvert records the name as 'Reginald' but the memorial is now thought to be that of Sir Richard de Fresne, who died in 1375. Or maybe not, for other sources make the deceased to be named Hugh. A rose by any other name ...

This striking table tomb is set in the centre of the chancel, and the effigy shows a knight in armour, his legs crossed, his feet resting on a small dog. Despite what the otherwise excellent church guide says, crossed legs did not indicate that a knight had been on Crusades! 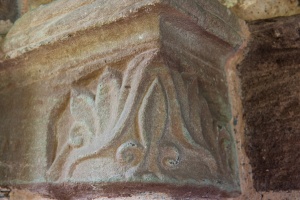 The chancel window has some lovely stained glass panels dating to around 1350 and thought to have been made in Gloucester. Among the panels are De Fresne coats of arms; a helm and a pair of green birds. The colours of this glass are remarkably vivid; so much so that at first glance you would be forgiven for thinking they were Victorian replacements! There are three further lancets in the rounded apse, and though the windows are original, the glass is Victorian. The altar was again designed by Scott Jnr.

The church stands in the parkland of Moccas Court, built by Sir George Cornewall in 1775. Cornewall served as rector of St Michael's for over 50 years and his elegant Georgian house is now a luxury hotel, though it occasionally opens to visitors on specific days in the summer months. Less than a mile away is the ruin of Moccas Castle. Though of a similar age to the church, it seems likely that the church and castle were not related in any way.

Stand in the tiny churchyard and look out across Moccas Park and recall the words written by Kilvert in 1876 ...

... I fear those grey old men of Moccas, those grey, gnarled, low-browed, knock-kneed, bowed, bent, huge, strange, long-armed, deformed, misshapen oak men that stand waiting and watching century after century biding God's time with both feet in the grave and yet tiring down and seeing out generation after generation ... 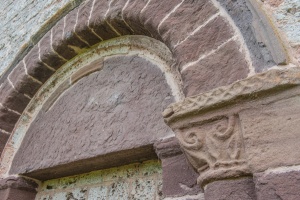 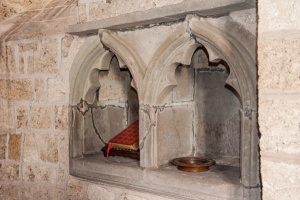 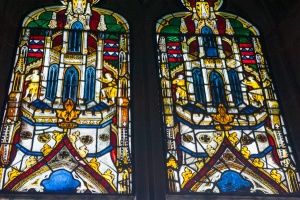 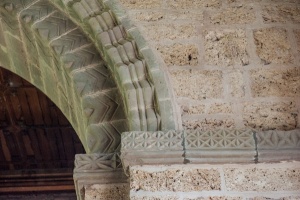 Norman carving on the chancel arch 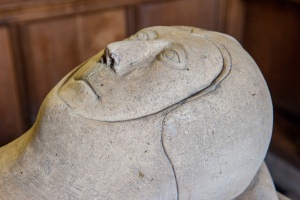 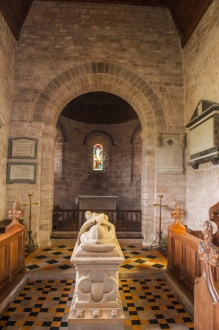 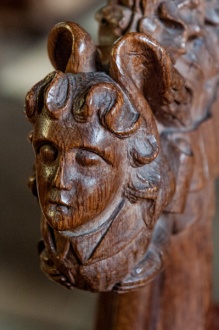 Bench end carving in the chancel 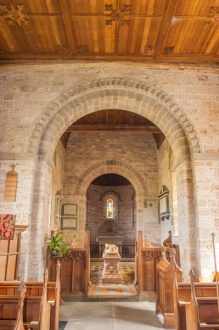 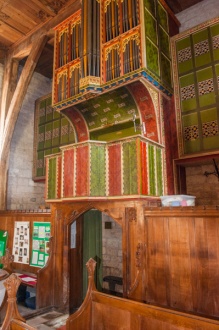 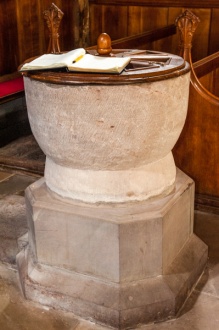 About Moccas, St Michael Church
Address: Moccas, Herefordshire, England, HR2 9LH
Attraction Type: Historic Church
Location: Off the B4352. The church is on a private road to a hotel, but visitors to the church can use the road
Location map
OS: SO357433
Photo Credit: David Ross and Britain Express

The Agent's House Bed And Breakfast - 6.1 miles
Hereford, Herefordshire
From: £70.00