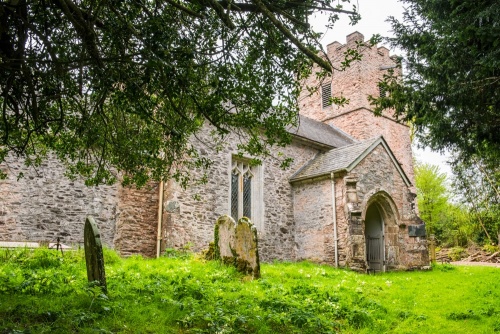 St Martin of Tours in Elworthy is a pretty 13th-century church set amid wonderful rural scenery in the Brendon Hills, with some fascinating interior furnishings. The earliest written record of a church at Elworthy comes from 1233.

In that year the church advowson (the right to present the rector) was transferred by a knight named William Malet to the Order of the Knights Hospitaller. The prior of the Order presented the rector until the Order was suppressed in 1540. The first recorded rector was John de Massingham in 1310. The church records show that in 1603 the rector was accused by the Bishop of setting up too many seats in the chancel.

That was nothing compared to the career of John Selleck, rector from 1643-45 and from c. 1600-1690. Selleck was a royalist sympathiser, and when Parliament came to power he was ejected from the living.

Many in his position might have kept a low profile, but Selleck took an active role in helping Charles II to escape to safety abroad. When Charles was restored to the throne in 1660 he did not forget Selleck's act of loyalty and had him restored to the living of Elworthy. He rose in the Church and was named a canon of Wells. The king trusted him enough to make him responsible for ransoming English subjects held captive in Algiers in 1662. 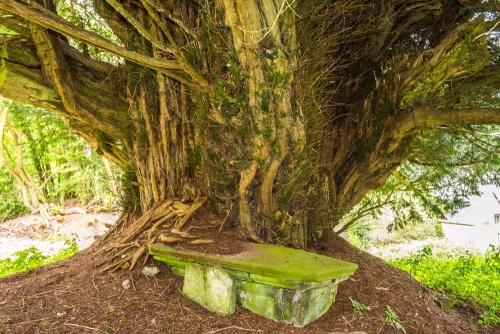 The church has a very fine battlemented tower with a rare external stairway leading to a door at roof level. The church is constructed of red sandstone dressed with Ham Hill stone, under a slate roof.

The embattled west tower is 13th-century work, but the nave and porch show 15th-century features. The chancel is later, having been rebuilt in 1695 and 1846. The barrel-vaulted nave roof is late 15th century, finished with plaster.

The interior features fine woodwork from the medieval to the Jacobean period. The chancel screen is dated 1632 and is inscribed with the words, 'O Lord Prepare Our Arts to Praye'. The screen is beautifully painted, though presumably restored in the 19th century. Look for lovely 17th-century tracery and a coat of arms to the local lacey family. 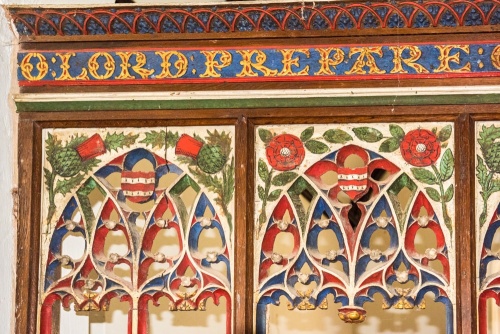 Several of the choir stalls in the chancel have finely carved 16th-century carved bench ends.

Unusually, the 17th-century font is made of alabaster, quarried at nearby Watchet. The pulpit is Jacobean, and there are late 17th-century communion rails and altar table. In the nave floor is a grave slab to Mary Green, who died in 1718.

On the wall is a sketch portrait of Alexander Morley, rector of Elworthy from 1717-1731. Nearby is a brass wall plaque commemorating Walter Sangar, son of the rector, who died in 1917 from battlefield wounds while serving as a Lance-Corporal in the 26th Battalion of the Royal Fusiliers.

In a nearby window, you will find a pair of 15th-century stained-glass figures of saints.

In the churchyard is an ancient yew tree growing out of a mound that seems to have enveloped several nearby graves stones. Also in the churchyard is the grave of 2nd Lieutenant James Elliott of the Royal Warwickshire Regiment, killed in action in France in 1916.

The church was closed in 1975 and passed to the care of the Churches Conservation Trust. As of this writing, it is open daylight hours to visitors. 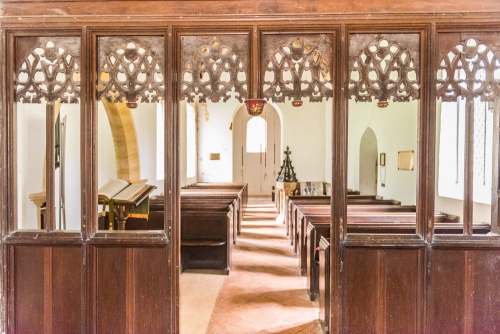 The rear of the chancel screen

There was a rectory house documented as early as 1606, with a garden, orchard, and barn. It was replaced with a new house in 1838 but this is now a private dwelling.

To visit the church you first have to find it, and that isn't easy if you rely on the official postcode for satnav use. Our satnav directed us to the lane towards Silverdown Hill and Combe Cross. The church is actually on Elworthy Lane just off the B3188 and just north of its junction with the B3224. The postcode TA4 3PY will get you closer to the church than the official postcode of TA4 3PX.

There are no easy parking places in Elworthy village, but there is just space for one or two cars at the bottom of Elworthy Lane. Just be careful you don't block access to any of the houses. 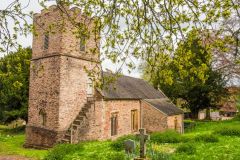 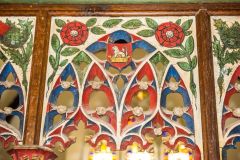 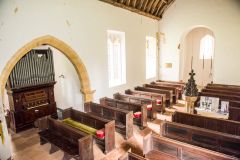 More self catering near Elworthy, St Martin of Tours Church >>