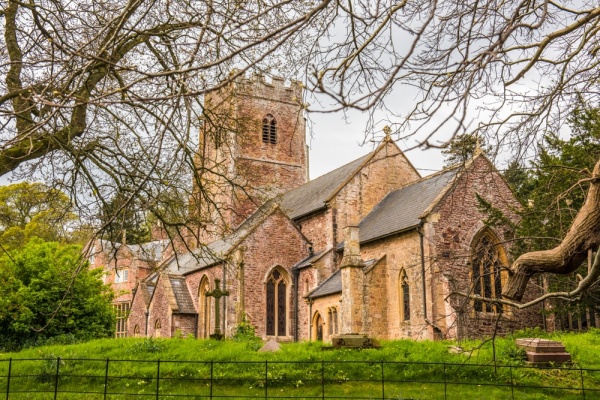 Nettlecombe lies in the beautiful countryside of Somerset's Brendon Hills. There is no village of Nettlecombe, instead, the parish is home to a group of hamlets and scattered farms. If the parish can be said to have a focal point it is the medieval church of St Mary the Virgin, which stands in an idyllic location beside the Tudor manor house of Nettlecombe Court. The story of the Court and church go hand in hand.

Generations of the Ralegh family are commemorated inside the church. The earliest memorial is an effigy of Sir Simon de Ralegh, labelled 1260. Curiously, there is no record of a Sir Simon de Ralegh in the family history, so either the effigy is labelled incorrectly or there is a gap in our knowledge. Sir Simon's effigy predates the first recorded rector of Nettlecombe by 37 years. That rector was Will de Locombe (presumably a native of Luccombe, on the edge of Exmoor).

A later generation of Raleghs is commemorated by the effigies of Sir John de Ralegh and his first wife, Maud, dated to 1360.

The last Ralegh owner of Nettlecombe was another Sir Simon, who died in 1440 and left the estate to his nephew Thomas Whalesborough. Sir Simon left money in his will to build a chantry chapel in St Mary's Church, with a priest to pray for the Ralegh family past and present. The chantry chapel is now the south aisle.

Work began on the chantry chapel in 1443 and the first priest was appointed a decade later in 1453. The job description is worth reading; it requires that the priest be 'with owt the company of women and suspect persons' and that he not be 'lecherous or perjured, a theaff, a murderer or with any other vices corrupt'. 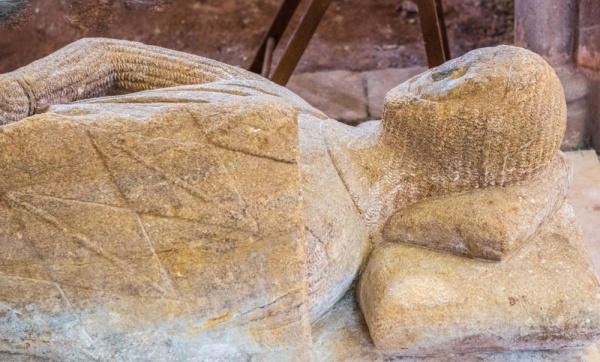 In 1452 the Whalesborough heiress Elizabeth married John Trevelyan and the bridegroom was given Nettlecombe as a wedding present. Trevelyan was active in politics and had to be pardoned four times by two different monarchs for his activities.

In gratitude for the first three of these royal pardons, Trevelyan gave a chalice and patten to St Mary's church. These are the oldest examples of British hall-marked church plate and are preserved in the Victoria and Albert Museum in London. During Trevelyan's lifetime, probably in 1458, the beautifully carved octagonal font was made for the church.

Around 1500 a later John Trevelyan built the west tower. At the west end of the nave is a carved wooden screen bearing his arms and the arms of his wife Jane.

In 1530 the present Nettlecombe Court was built, incorporating parts of the earlier medieval manor house. Around the same time, the church porch and north aisle were built, followed by the Trevelyan Chapel.

The Reformation had its effect on Nettlecombe; the font carvings were plastered over around 1548.

The Trevelyan family remained Catholic throughout the Reformation, and a private chapel was built in the Court along with a secret priest hole to provide sanctuary for visiting Catholic priests. The family endured more turbulent times during the Civil War.

Colonel George Trevelyan fought for the Royalist cause. He was captured and imprisoned by Cromwell, and in an attempt to protect the family fortune George's wife, Margaret, hid the family silver under floorboards, but she died before she could reveal the fortune's whereabouts to her husband. It was not rediscovered until the 1790s.

The family's Royalist stance led to the rector of St Mary's joining with his parishioners and setting fire to the Court in 1645. The fire severely damaged the Great Hall. A later generation of Trevelyans headed off further turmoil by converting to the Church of England in 1787. 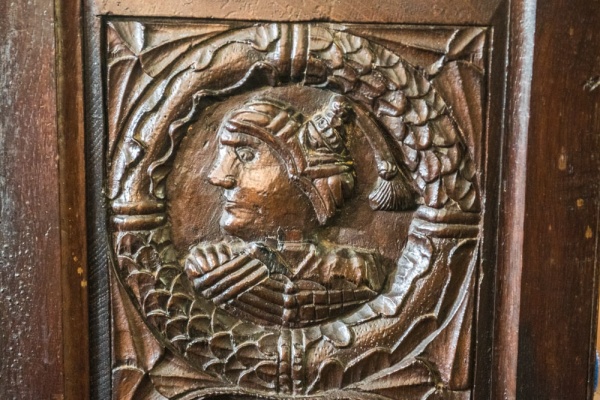 As for the church, it was restored from 1858 when a clerestory was inserted. In 1935 the 13th-century marble altar stone was discovered buried in the churchyard. It was returned to its place inside the church.

The final major change in the fortunes of Nettlecombe Court came in 1966 when it was leased to the Field Studies Council. The house was restored and reopened as the 9th Residential Field Centre. Since it is in constant use the Court is rarely open to visitors, but visitors are welcome to explore the church during ordinary daylight hours.

When we visited St Mary's Church on a cloudy day in spring there was a team of conservationists at work on the medieval Ralegh effigies. They were happy to talk about their work and show us how carefully and painstakingly they had to deal with the damage of centuries that had affected the effigies. It was fascinating to see the conservation efforts up close.

Other historical highlights include an ancient medieval parish chest and several heraldic medieval tiles. There is a marble wall tablet to Lady Trevelyan, who died in 1697, and a tomb slab in the south aisle to Sir John Trevelyan (d. 1623). Under the west tower is a grave slab to Richard Musgrave (d 1686).

St Mary's is full of historical interest and well worth a visit. The combination of the Elizabethan Court and the medieval church makes an unforgettable scene. 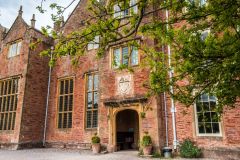 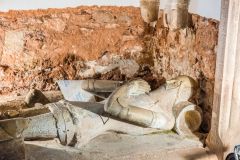 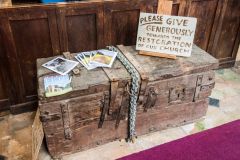 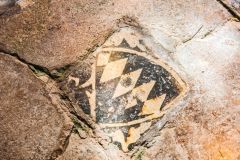 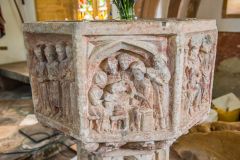 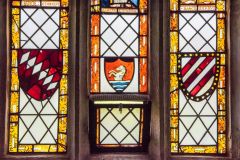