HERITAGE HIGHLIGHTS:   Pulpit made from a medieval screen 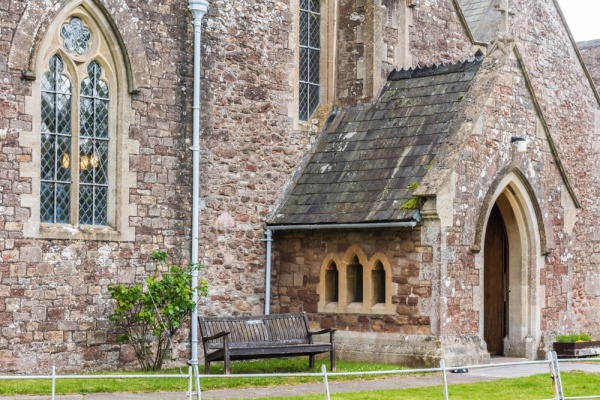 St Peter's Church in Williton began as a chapel of ease for St Decuman's Church in nearby Watchet. There was probably a Saxon church on this site but the earliest record of St Peter's comes in the late 12th century.

That 12th-century chapel was founded by Robert Fitzurse, the brother of Sir Reginald Fitzurse, lord of the manor of Williton. Sir Reginald is best-known as the leader of the four knights who murdered St Thomas Becket in Canterbury Cathedral.

It is quite possible that Robert Fitzurse founded the chapel in expiation of his brother's crime.

We do know that Sir Reginald gave the manor of Williton to Robert around that time and that the Fitzurse manor house stood south-west of the church, beyond the present row of cottages.

In the early 14th century the chapel was dedicated to all Saints.

The church is very simple in plan, with a nave, north and south aisles, west porch, north porch, north vestry, and south chapel. A striking bellcote stand above the west gable, over the main entrance.

Though much of what we see today is a result of Victorian rebuilding, the core of the building is medieval, particularly the east and west walls of the nave and chancel. 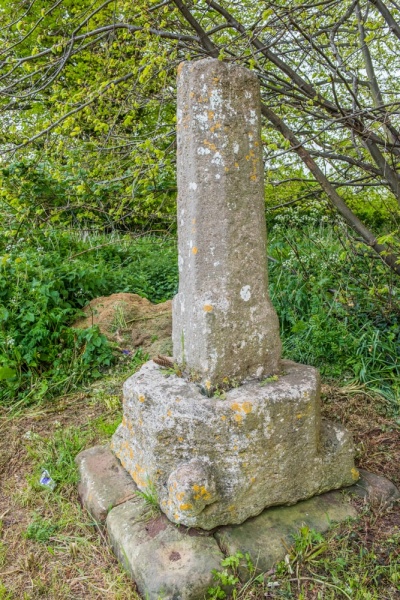 13th-century cross opposite the church

The south aisle was added in 1810 and incorporates Elizabethan stained glass. The entire building was heavily restored from 1856 when the north aisle and vestry were added. The man most responsible for the restoration was the rector, Rev Samuel Heathcote. The stained glass window in the east wall commemorates Heathcote, who served for over 50 years until his death in 1906.

The 1856 restoration included a tower and spire, but the spire was destroyed in a fierce storm in 1872. The bells were then hung in a timber frame until the present stone bellcote was built in 1896.

The oldest historical feature inside the church is a 15th-century piscina in the chancel, set in a decorated niche under a cinquefoil head. The font dates to 1666 and was carved from alabaster quarried at Watchet. Look for the incised initials 'RP' and 'RW' carved into the font, commemorating a pair of churchwardens.

The lectern is made with three bays of intriguing cinquefoil-headed tracery, suggesting that it was made from panels of a medieval screen removed in the 1856 restoration. There is a Poor Box dated 1680 and an early 17th-century parish chest. The altar table in the south aisle may also be 17th-century work.

On display is a medieval quern, used for grinding corn. The quern was made around 1400 and was later used as a holy water stoup inside the chapel doorway. Another medieval feature is some finely carved tracery fragments on display on a window ledge.

Opposite the north door of the church, across the road, stands a truncated medieval cross. The upper section of the cross is said to have been destroyed during the Civil War.

St Peter's is an intriguing church set in a beautiful location near a slow-moving stream. It was open when we visited late on a spring day. 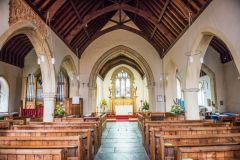 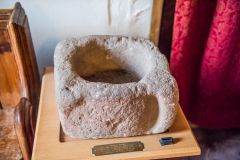 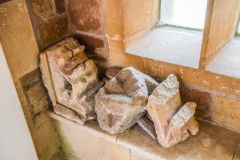 Self Catering near Williton